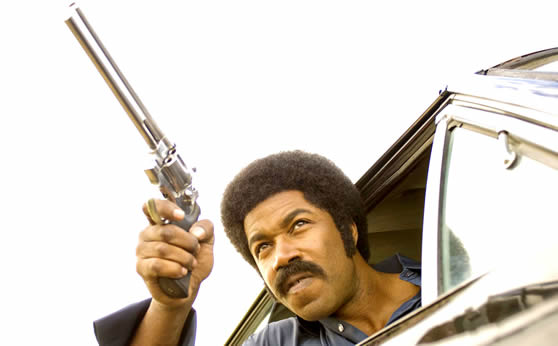 There’s a few loves in my life. One of those strong ones is Hip-Hop. But honestly, another one is watching movies. I sometimes think that if I was rich, all I would do is listen to music, travel, and watch movies (Okay, sex is in there somewhere too).

Of course with my love of films and 2009 being over, I took a look at all of the movies I saw last year that came out in ’09. At first I was gonna rank the 10 best films in 2009, but that’s been done to death at this point (And also done with more expertise than me). So why not just put up a full list of all the movies I saw from 2009? Yea that’ll work.

2012
9
Adventureland
All About Steve
Astro Boy
Away We Go
Black Dynamite
The Blind Side
Bride Wars
Bronson
Bruno
Cloudy With A Chance Of Meatballs
Coraline
Crank 2
District 9
Donkey Punch
Drag Me To Hell
Extract
Fanboys
Fired Up
Food Inc.
Friday The 13th
Funny People
Ghosts Of Girlfriends Past
Good Hair
The Hangover
The Haunting In Connecticut
He’s Just Not That Into You
The Hurt Locker
I Love You Beth Cooper
I Love You, Man
Inglorious Basterds
The Invention Of Lying
Janky Promoters
Jennifer’s Body
Knowing
Land Of The Lost
Last House On The Left
Law Abiding Citizen
Miss March
Monsters vs Aliens
Moon
My Bloody Valentine
Next Day Air
Notorious
Obsessed
Observe And Report
Orphan
Paper Heart
Paranormal Activity
A Perfect Getaway
Planet 51
Precious
Shrink
Star Trek
Taken
The Taking Of Pelham 1 2 3
Transformers 2
Tyson
The Ugly Truth
Up
Up In The Air
Watchmen
Where The Wild Things Are
Wolverine
Year One
Zombieland

Not too bad right? I actually wish I would have seen more movies because I know some guys who put my list to shame in terms of quantity (But remember these are only the movies I watched that were RELEASED in 2009).

Compiling this list and looking over it brought a few thoughts to my head:
*Still mad I didn’t get to see Avatar?
*Why and how the hell did I let myself see Fired Up, Miss March, AND, I Love You Beth Cooper? (Hours of my life I can’t get back)
*Still mad I didn’t get to see Mystery Team.
*Big budget never means good movies (I’m looking at you 2012 & Transformers 2).
*Any movies with “land” in the title and starring Jesse Eisenberg will probably be good.
*Still mad I didn’t get to see Sherlock Holmes.
*If it’s animated, it’s a good chance I’ll watch it (9, Astro Boy, Cloudy With A Chance Of Meatballs, Coraline, Monsters vs Aliens, Up).
*Don’t watch Food Inc. if you eat a lotta fast food (It’s been called one of the scariest movies of 2009…because it’s real).
*I’m happy the last move I saw of 2009 was Up In The Air (George Clooney is the coolest white guy on the planet).

Sidenote: And sorry, this IS the first Friday Night ‘Fro with no movie. I’ll catch you next go round.