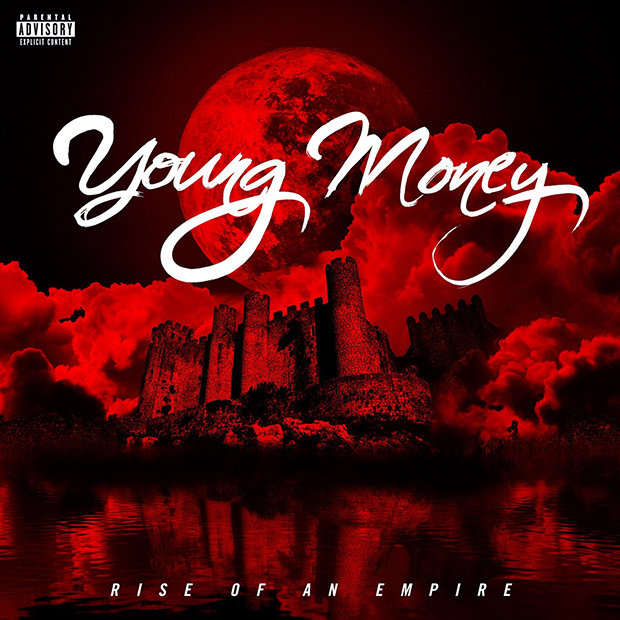 It’s been 5 years since the last Young Money compilation album, We Are Young Money, was released. That album seemingly, but not really, spawned the birth of three notable careers. Drake, Nicki Minaj, and Tyga all released projects to much success. The rest of the crew, seem to have become….. well nothing. Outside of Shannell (the talented one, not Chanel West Coast) and maybe Cory Gunz, it doesn’t look like the roster has much depth. They have made some additions though, some I was aware of and others I wasn’t. Let’s see how Wayne does with this release and see if anyone on this team outside of the current stars are anything worth listening to.

1. We Alright
Performed by Euro, Birdman, & Lil’ Wayne; Produced by S-X
The album starts off with the groups second official single. This sounds more like a Euro song featuring Birdman and Wayne. Euro is one of the newest members of the crew and is on display much of this album. He reminds me of Meek Mill quite a bit. The song…. Eh! It’s not bad, but it’s not great.

2. Trophies
Performed by Drake; Produced by Hit-Boy, Noah “40” Shebib, & Hagler
When your label is rumored to have some issues with its star player and you want to end those rumors, what do you do? You only put him on your labels compilation once, and make it so he doesn’t work with any of the other artists. Wait….. No that’s the opposite of what you should do. Unfortunately this is the only time we hear Drake on this album. It’s a good song, but it’s sort of dated. I feel like this has been out for at least 3 months now.

3. Bang
Performed by Lil’ Twist, Euro, & Cory Gunz; Produced by Sonny Digital
The beat that Sonny produces here may be the best of the album so far. Surprisingly even Twist sounds good on this, but Gunna really made this his. I still think he has the most star potential on the team that hasn’t dropped an album yet.

4. Senile
Performed by Tyga, Nicki Minaj, & Lil’ Wayne; Produced by David D.A. Doman
This is the much anticipated reunion of these three on a track. On the last YM album they dropped the hit, “Roger That”. I actually like this way more. The beat is something that you feel like could’ve been on Tha Carter III. All three of them go in as well.

5. Induction Speech
Performed by Euro; Produced Omega
This is a nice intro for Euro. This would have been a great intro to his album. He tells the story of how YM heads have gone from his inspiration, to his mentors, to his family. He actually shows that he can rap with the best of his team on this. It’s obvious that they are pushing him to be the next new artist from the camp.

6. One Time
Performed by Lil’ Twist, Tyga, & YG; Produced by Jess Jackson & The Runners
Twist! What the fuck man? I just gave you credit for having a good verse and then you do this? Anyway, Jess Jackson drops some gold for Tyga and the boy YG. Although Twist does his best to destroy the song with his verse and that wack ass hook. This is some old school West Coast pimping that we heard back in the 90s from Snoop and company.

7. Hittin’ Like
Performed by Shannell & Chanel West Coast; Produced by Aaron O’Brien
I like Shannell. I think she can be a star. Chanel West Coast on the other hand, actually surprised me. This song could potentially be a hit on the radio. I’m still shocked! The beat is made for radio, even if the lyrics are a little too adult for it. Good song. So Chanel West Coast raps???

Sidenote: “Hittin’ Like” is only on the physical edition of the album. 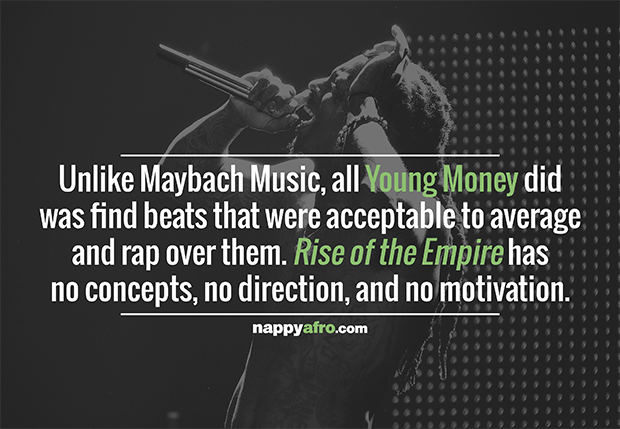 8. Lookin’ Ass Nigga
Performed by Nicki Minaj; Produced by Detail, ChoppaBoiBeats & BMB
This is the first time that we heard Nicki rap this aggressively since the original Pink Friday. It sounds good, but honestly, it’s hard for me not to listen to this while I’m watching the video. Still very dope!

9. Fresher Than Ever
Performed by Gudda Gudda, Jae Millz, Flow, Mack Maine, & Birdman; Produced by The Olympicks
So we knew this was coming right? A song with every cat on the label who no one wants to hear at all right. Well, Olympicks did a great job on the instrumental, but not good enough to save these apple sauce bars.

10. Back It Up
Performed by Lil’ Twist & Tyga; Produced by Lex Luger
This is Lex Luger at his best, but why is Twist on this? Wayne could have demolished this. This is what the song title would suggest. I mean it’s about strippers and such….. *YAWN*

11. Moment
Performed by Lil’ Wayne; Produced by Lee On The Beats
I was really excited about this, but of course I was disappointed. This is typical Wayne. Some may find it fun, but how long can you rap about nothing? In terms of content this is really similar to “Trophies”. Anyway, the instrumental is somewhat dope.

12. You Already Know
Performed by PJ Morton, Jae Millz, Gudda Gudda, & Mack Maine; Produced by PJ Morton
PJ Morton is the R&B male of the team and he actually released a critically acclaimed album last year by the name of New Orleans. He released it through Young Money, but it was distributed through and Republic Records. This song though, ehh! I mean it’s exactly what you expect. How is Wayne not on the last song of the album? This is wack.

Bottom Line:
If you have read my reviews before, you are accustomed to me putting up a lot of lyrics and attempting to dissect intricate lines. Here there is none of that. Why? Outside of the heavy hitters on YM (Wayne, Drake, Tyga, & Nicki Minaj) there really isn’t anyone who does anything too special. I mean you see potential. Euro could have a fan base emerge, Cory Gunz is probably the best RAPPER on the team, Shannell is uber creative, PJ Morton is already a Grammy nominated writer, and Chanel West Coast didn’t suck.

Still, even as hard as it was to figure out who was who on this album the hardest part of this review was having to listen to the music. I’ve always thought it was hard to rate superficial Hip-Hop. It’s even harder to find a reason to listen to uninspired superficial Hip-Hop. Unlike MMG, all YM did was find beats that were acceptable to average and rap over them. They had no concepts, no direction, and no motivation. The score that I’m giving them is only this high because songs like “Trophies”, “Lookin’ Ass Nigga”, and “Senile” brought some much needed quality to this overall underwhelming project. If you bought this album, I’m truly sorry you wasted your money during a recession on this product.