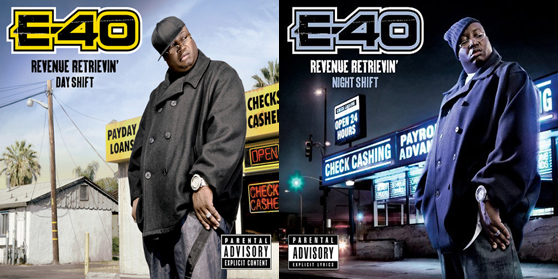 Why? Well, it’s not because both albums equal 38 tracks. And not because we got beef with E-40 Fonzerelli either. See, the only time nappyafro has EVER been shut down was because of our review of E-40’s last album The Ball Street Journal. Well, not exactly for the review (We think), but for a link… that was dead… to one song. Of course we came back harder.

Now, let’s be clear. We don’t wanna come off as pirates; but we do on a occasion give a song or two with a review (Mostly it’s a song that’s already leaked or a track left off the album). But that fact that we didn’t get a warning via e-mail or anything have us backing off E-40’s material for the time being. Hey, there’s always next time right?