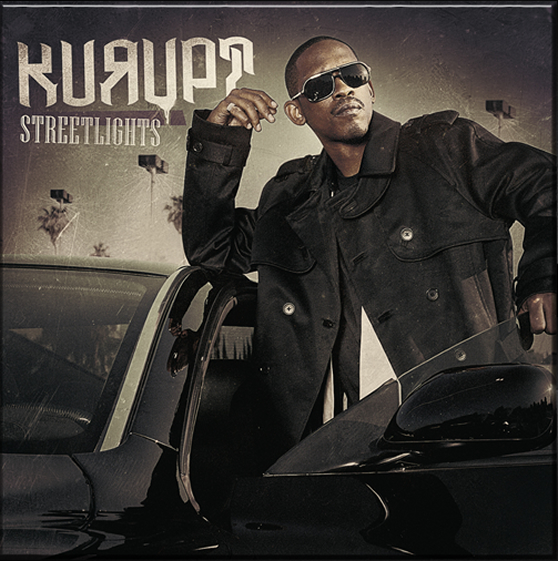 When I sit back and think about Kurupt, it’s crazy that I once ranked him in my top 10 rappers list. The year 1995 but still. Times have changed and honestly, I don’t check for him like I used to all those years ago. Maybe the times just changed, maybe it was Kuruption!. That’s not to say that he didn’t have moments over the years that made me realize Kurupt still had talent (“I Call Shots”, some tracks off last years’ BlaQKout with DJ Quik). I say that to say I wasn’t exactly jumping up and down to review his latest album Streetlights. And I man enough to say that for what I expected I underestimated this album.

One thing to note right off is that 12 out of 14 tracks on Streetlights were produced by Terrance Martin. That’s a good thing. Besides Martin being a good producer (You may know him for his production work with Snoop Dogg, Murs, & Talib Kweli), this gives the album a unified feel with most of the tracks feeling in place. It also gives the Kurupt’s track the distinctive West Coast sound. “I’m Burnt”, Streetlights’ first single, gives enough ammunition to get the clubs dancing and jerking. This also hold true to the remix featuring Snoop Dogg, Roscoe, & Problem although both version may be too Cali for those not into the sound.

Those not to into the Left Coast style, songs like the soulful “I’m Da Man” shows the talent of the producer Terrance Martin as well as Kurupt (The chorus may be the star of the track though). On the funny “I’m Drunk”, we find Kurupt recounting tales where he’s had a few too many. The laid back “All That I Want” featuring Snoop & J. Black has (possible) radio hit written all over it. The introspective title track of the album is also another one you may want to check for.

Pete Rock shows up and produces one of the two tracks that wasn’t by Terrance Martin. The results is the probably the best track off the album with the bass and piano heavy “Yessir”. Kurupt doesn’t slack either:

That’s not say that the album doesn’t have it downfalls (I’m sure you’ve already looked at the rating.). Kurupt gets Lil’ Jon to come out of the house long enough to produce “Riot In The Club”. The problem is it seems as if Jon is still stuck in the past as the track sounds dated or something that would have appeared on Crunk Juice. “Questions” has Kurupt answering questions like “Was Suge really whoopin’ all them niggas ass?” and “How’d you hook up with Foxy?”. Other than no one really caring about these question, the whole track just sounds boring. And if I’m really being picky, choosing “In Gotti We Trust” featuring Xzibit as the second single wasn’t a good choice. It’s not a bad track but he could a few other tracks that would have fared better.

Bottom Line:
While this album will probably not be on my list for “Top Albums of 2010”, it was a good surprise. I enjoyed way more songs that I expected and a few probably will even make it to the iPod (And with only 16gb, I’m very selective). For Hip-Hop fan it’s a try but for Kurupt fans as well as Dogg Pound fans, this is must buy.