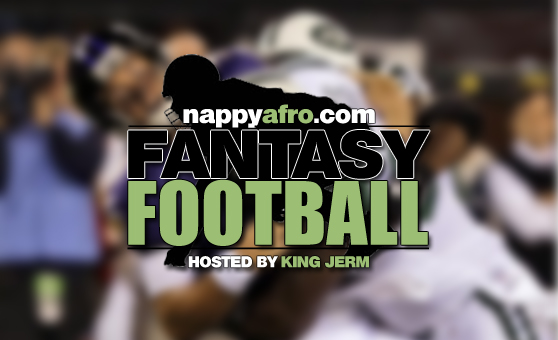 Another week is in the books and another WIN for the crowd favorite King Jerm. I had to hand the big homie Saule Wright his 5th lost in as many weeks, but like I said about Arkitekt last week…he was in my way to the CHAMPIONSHIP! Enough of me bragging…I have 9 more weeks of this to go! Getting to the other teams…the boy B-Easy got caught without his protection and caught the VIRUS! It was looking real bad for him being down 131-44 before making it look respectable after some Monday night heroics from Randy Moss, the Jets defense, and the kicker! Arkitekt bounced back after that loss that he took last week to knock Mike from the land of the unbeaten.  Don’t look now, but it looks like Randy is sitting in the top spot in the other division. Now that we have played all the division games, let’s hope the big homie Saule can pick up some wins cause I would HATE for the Fantasy Vet to go winless. Good thing he doesn’t have to face me again! Here goes the results!