Ledisi – Pieces of Me [Review] 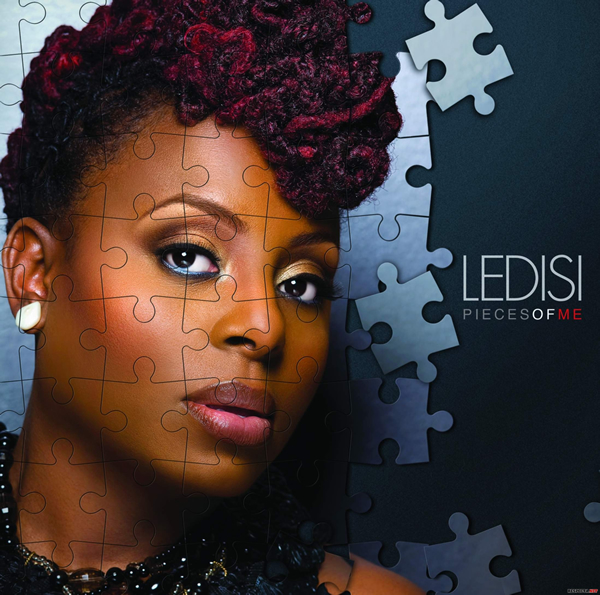 Ledisi’s story is a feel good one for those that like cheering for the underdog. From her many years as an independent artist spending years on the road at a time, to Grammy nominations in 2008 and 2010. After her last album, she contemplated not doing this anymore based on the same politics that make most artists reconsider their passion, but thankfully, she’s back. Traditionally, she’s managed to seamlessly move from Jazz to soul, and even contemporary R&B. With a voice and vocal ability strong enough to pair with Rachelle Ferrell and make it seem as effortless as she does, Ledisi is making fans of all that hear her music. With that said, let’s take a look at her latest offering, Pieces of Me.

1. Pieces Of Me
Produced by Chuck Harmony & Claude Kelly for
We featured this on Soulections when it dropped as the lead single…even that post of the single was one of the more active posts we had there. There’s an art to selecting that first single and I think her people figured it out quite nicely. This song isn’t spectacular, but at the same time, it’s simple and effective. It has a familiar melody, features the right amount of her vocal range combined with a well produced track. This is also her first top 10 song in her career…amazing but true. Catch the video here.

2. So Into You
Produced by Rex Rideout and Ledisi Young
This one would follow the lead single and first song on the album even if it wasn’t the second song on the album. It follows the same formula that I outlined for the first song almost to the letter. You can see by the title of the song what this one is about. The crowning moment of this song is when Ledisi hits her trademark sound at about the 2:40 mark of this 3:47 song. She proves that while giving you more music than most, it doesn’t have to get dull or forced.

3. Bravo
Produced by Jon Jon Traxx and Claude Kelly
We get a bit of synth chord here paired with some layered work on the keys and strong bass to build the beat. This could easily be classified as Ledisi’s obligatory grab for the contemporary fan and current R&B sound. That said, this song still doesn’t go the route of other singers and sound like a sad attempt or something that she shouldn’t be doing. The song is about a renewed attitude and finally giving yourself props for your own hard work and dedication to what you do. Everyone could use this kind of song probably daily…and when it’s done this well, who can argue?

4. Stay Together
Featuring Jaheim; Produced by Rex Rideout and Ledisi Young
In today’s music, the art of a well balanced duet seems to be lost…this is part of the reason that Jill Scott’s single with Anthony Hamilton is doing numbers. It was because of this that I approached this single with both great anticipation as well as skepticism. I gotta say that this is a song pretty much like the first 2 songs…I guess you could call it “safe.” There isn’t anything overwhelming about it, but it is just what were looking for, a well balanced R&B soulful song. I wasn’t sure how they’d sound together, but I’m happy to report that they do sound pretty good together. It does have that feel good vibe and summer feel to it so I wouldn’t be surprised if this is released as a single.

5. Coffee
Produced by KayGee, KoShah E. Daniels, Paperboy Fabe Nahounou & Balewa Muhammad
Coffee is a concept song that talks about how she likes her man like she likes her coffee.

I definitely can’t blast this on in the ride and even though I’m not the target market for the song, it’s pretty cool. Sometimes the line between corny and brilliant is so thin with songs like this that you really don’t know how/what to call it. I think the track is probably the deciding factor for this one. We get a really funky track that seems to borrow some 70’s influence and attitude to keep things interesting with plenty of horns and energy. With the success of Beyonce’s last single, this one has legs as a solid single as well.

6. Hate Me
Produced by Rex Rideout and Ledisi Young
I’ve never been a huge fan of blues music in general, so when that familiar tempo and sound hits, I’m already feeling like turning this one off. I’m glad I didn’t. The track fits the self indulgent lyrics quite well. Ledisi sings about how her lover hates her for what she does to him, but states that he knew what it was gonna be like and he can’t help but love her…so he’s not going anywhere. The reason the track fits is because when coupled with the lyrics, the bluesy and soulful foundation track really comes to life with the painful soul she puts into the words. This is evident  as she belts some of the bigger notes on this album thus far.

7. Shut Up
Produced by Mike City and Ledisi Young
Grab your drink and your two step, this is your song. Dance is a very appropriate way to lighten up a song titled “Shut Up.” Like I stated earlier, the haters nearly derailed her from putting this album out, so this is the middle finger in the middle of the album to all of you. Even if you’re not in the biz, if you’re trying to make things happen, play this song right after you play “Bravo” and continue on your path! “SHUT UP, I’m moving up aint no need for the haters, got to be greater.” Well said Ledisi.

8. Shine
Produced by Jon Jon Traxx, Claude Kelly and Ledisi Young
I’m finding it almost impossible to say anything negative about this album. With the same positive love that has been the calling card of her music for the most part, “Shine” is a love song infused with a dance groove. It comes off as a dedication to that special person that has your back throughout the struggles while you achieve your goals. I can’t front on this song at all, from the track and dope string arrangement by Jon Jon Traxx and John “Johnny BLK” Lardieri to the background harmonies, this one is probably one of the best produced songs on the album.

9. I Miss You Now
Produced by Phatboiz
Those who are familiar with my reviews know that cohesiveness is a big thing for me when listening to albums. So when this song comes on an it’s a complete opposite direction (audibly) from the rest of the album, my gut reaction is to frown and deduct points. Then I remember the name of the album and realize hey, this IS what the album is about. With that in mind, I restart the track and really learn to appreciate it. Amidst songs that exude strength and attitude, “I Miss You Now” is extremely vulnerable and soft. This is one of those you need to get your hands on and listen to…maybe listen to it first.

10. BGTY
Producedby Salaamremi.com
Be Good To Yourself is a definite throwback to the 50’s and 60’s, the Dells and the Supremes, poodle skirts and the pompadour. There is nothing else to say about it, if you don’t like that sound and style of music (complete with images of the background singers swaying side to side wearing matching outfits and snapping their fingers with hair as tall as they are) then you may as well skip this. There is nothing updated about this track other than the fact that you don’t hear the record pop and hiss. I personally love this song and think most music lovers will.

11. Raise Up
Produced by Rex Rideout and Ledisi Young
In what gives this album a really perfect 360 degree sound, we’re returned to the same tempo and tone of the first song on the album in “Raise Up.”  Again, it’s not mind blowing but extremely well done from the track and feel to the lyrics. This is more inspirational feel good music that most of us probably need to get an audio IV of to stay motivated in such a tough economic climate.

12. I Gotta Get To You
Produced by Ivan Barias & Carvin Haggins and Ledisi Young
Once again on this album, Ledisi softens up for love and creates a beautiful song. As someone that has done the long distance type of relationship, this song would have been my ringtone, alarm notification, and personal theme music when trying to wait it out until the next visit. The music sounds like some late 90’s R&B which gives it a really good familiar feeling.

13. One Step (Bonus Track)
Produced By Chief Xcel and Ledisi Young
Ledisi reaches back and grabs Aretha Franklin’s “One Step” to bless. Most of us are familiar with the sound from Mos Def using it on the chorus of “Ms. Fat Booty“. She did a very faithful remake of the classic song which helps make it a great way to close out the album.

Bottom Line:
One of the great things about Ledisi’s music is that each project is such a stand alone project from the next, you can’t help but notice her growth and courage with each one. It’s hard to say if one album is better than another as your answer will lean more to whichever one you listened to last. What’s easy to say is that this is another outstanding album from the beautiful songstress. Where many other female singers with less talent get the accolades based on the physical, Ledisi (who I still think is amazingly attractive) relies on her abundance of talent and skill to put out quality products, performances, and vocal acrobatics that her colleagues wish to witness, let alone perform. So far, this album is fighting with Kelly Price’s Kelly for album of the year in this category.

Soulections: Top to bottom, this is one to cop