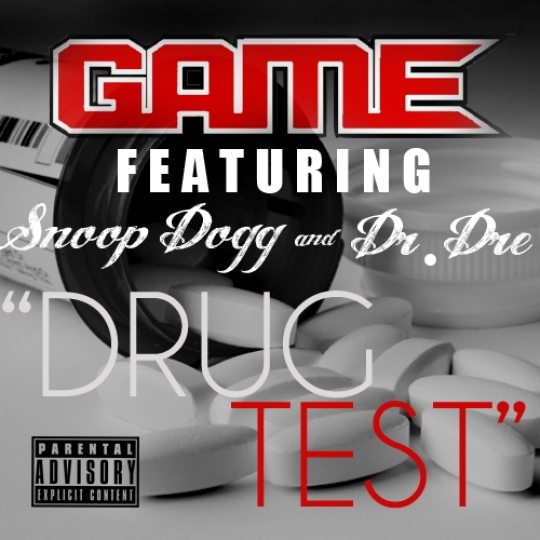 For a while I’ve had doubts if Dr. Dre was actually back working with Game. Pictures of studio time have surfaced and Game has said as much, but I always thought there was a chance that when released, The R.E.D. Album would have no actual Dr. Dre participation. “Drug Test” clears up those thoughts.

But here’s the thing: “Drug Test” is just a regular song. It reminds me of “Kush”. Not only in sound but from the fact that nobody will be playing this in a few days. You can get Dre, Snoop Dogg, & Game all on the same track, but you gotta make it special too.

No word if this will be on The R.E.D. Album, but it almost has to be at this point right?