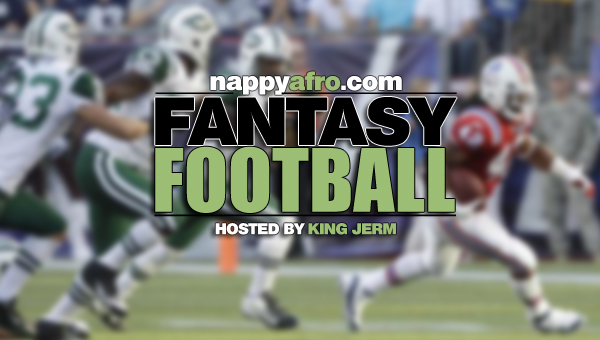 Wow…this season is off to a good start! I can’t even lie and say that I was prepared to lose this week, but muhfuggin Roddy White didn’t show up last week! So now the “crowd favorite” fell to .500 for the season. But I digress, I could be doing worse *cough Saule Wright cough* but that’s still my dawg.  The commish had to make a decision this week regarding the league. I had to dismantle DuB’s team because he was playing and we had other teams trying to compete. Sorry that I had to do it DuB, but this here FFFL is SERIOUS BUSINESS! You see B-Easy didn’t want to get in this year! Props to B-Easy (again) for the pictures. But enough of the leadup…let’s see the results!

Looks like Spread Jermz won the battle of the Jerm’s. He tried to stunt on me by not playing a defense. But hey…hopefully I will see him again in the playoffs!

Clay Davis kept on winning as he took down Cyclone’s Head Bangaz squad. The Vice Kings continue to blow out the competition. Can they be stopped?

The Doctor with a sweet tooth was back in the office this week. Too bad Randy had the appointment. This one wasn’t even close. Biggest blowout of the week!

Cool Dee took care of business for the third straight week and now he is sitting at .500. He turned the season around pretty fast, looks like his Dolphins are doing the opposite.

P from the D keeps winning and making victims out of his opponents. I really didn’t think that he would be this good at fantasy.  I’m calling it LUCKY.

2 weeks in a row? I really have to put Tisha in the win column again? Saule Wright couldn’t take care of business, and I have to be the one to be punished? Good win lady!

The Villains took their first L of the season to the hands of the SSR. Wow…Arkitekt was doing good, now it looks like he might be falling off. I doubt it though.

DTrot nabbed his first win on the season when he beat LPH. I mean…who hasn’t beat the LPH (this year)? Hopefully LPH was looking forward to his matchup against Faraji next week.

Faraji lost the battle on the field but won the war of words on facebook with the “Kim Kardashian” of the FFFL. Winning battles on facebook doesn’t put a W on your record though. Look for even more trash talk (maybe even in Spanish) when he goes up against The Chicken Brothers.