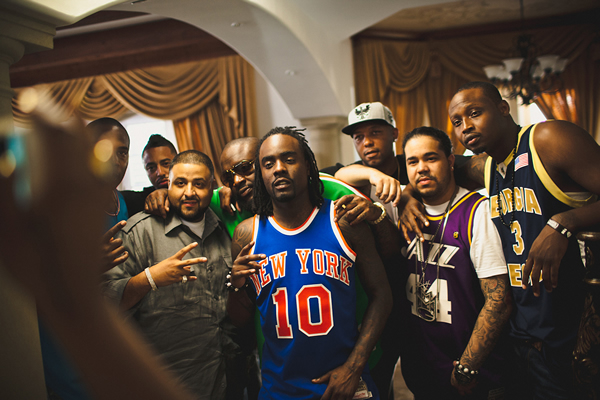 Not even some Maury Povich shit can stop Justin Bieber as we see his Christmas album, Under The Mistletoe, take the #1 spot this week selling roughly 210,000 units. I really can’t speak much on this album because after hearing that terrible “Drumma Boy” song with Busta Rhymes, I knew it wasn’t even worth an illegal download. But either way, shouts out to Shawty Mane.

On the Hip-Hop front, Wale‘s decision to link up with Maybach Music Group proved to be a great move. Proof? Wale’s first album since joining the group, Ambition, sold 160,000 copies. More proof? His album before this one, Attention Deficit, sold only 28,000 and that shit had Lady Gaga on it. Then again, I just was noticed that the Maybach Music compilation Self Made Vol. 1 has only sold 180,000 albums to date. Does that mean Maybach Music is getting stronger or that Wale has more fans now? Wonder how much Rick Ross’ album will sell when it comes out next month? [Check out our review of Wale’s Ambition right here]

Tyrese returns with his first album in 5 years with Open Invitation. Other than the singles, I haven’t really checked out Black Ty’s new album but it did almost push 80,000 units so it may be alright.

And lastly, I’ve included the sale numbers for the Insane Clown Posse‘s latest compilation Featuring Freshness only because I find Juggalos interesting (And crazy). The album comes in a #150 with ICP fans buying almost 3,000 copies.