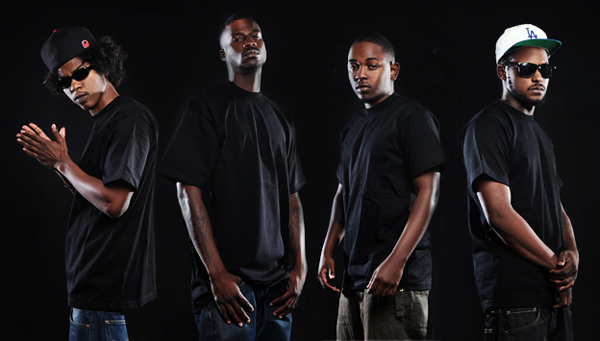 I’m going to start doing these type of pieces as regularly as possible. This series will be similar to my Team Evaluation series, but focused on individual artist or groups rather than labels. These artists should be coveted by labels (especially the ones I evaluated).

The first Free Agent is an actual group. Black Hippy is a group from California that has a diverse group of rappers, which includes 4 young men who all come from California. These 4 have come from very different backgrounds, and being from California is the only real common ground amongst this diverse group. To understand this group and what makes them special is the individual members, who in their own right are looking at label offers for their individual careers.

Ab-Soul: This is the newest, and most unknown artist in the group. He has the charisma to be the biggest star though (not just Hip Hop, but he can be a star in other aspects). He is a comedic guy, but also has the ability to spit about society and his views of the degeneration of peoples morals. He claims to be the “Jimmy Hendrix of Hip-Hop”.
Check Out: “Ab-Soul’s Outro” from Section 80

SchoolBoy Q: “School Boy but gangsta’s was the tutors”. He reminds me of a young Jay-Z (Musical style not quality). His best songs seem to have songs where his actions and his thought of what is right seem to contradict, and he expresses his emotion to knowing what he is doing is wrong. Yes he has a side where his music is strictly for fun purposes, but he does have a deep side. A young emcee who reps Hoover Crips, but also has a deep side.
Check Out: “Birds & The Beez” from Setbacks

Jay Rock: This is the first artist to really step out from the group and get national exposure. He is considered to be one of the “streetest” artist in the game right now. Although SchoolBoy Q grew up reppin’ Crips, Jay Rock reps Damu He has said that he wants to tell street tales, that are real and gritty but not your typical rapper stuff like a Scarface.
Check Out: “Just Like Me” from Follow Me Home

Kendrick Lamar: Right now he is the hottest individual free agent available. If you can’t get him to sign with you as a solo artist, the next best thing is as a part of a group. The proclaimed “Good Kid in a Mad City” is definitely the best rapper in the group. He is the point guard that makes everything work. Not Jeremy Lin, but Chris Paul on the mic.
Check Out: “Rigamortis” from Section 80

Imagine a Dipset with no Jim Jones or that other guy who can’t rap. That is exactly what this group can be for the West Coast. This group could be great for a Roc Nation or a G.O.O.D. Music. They all have a charisma that can make these artist stars as individuals and as a collective.