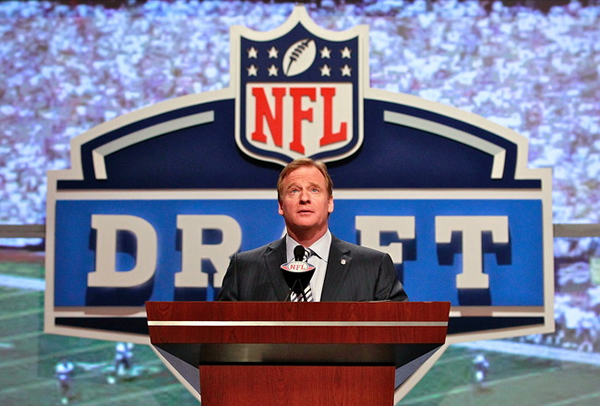 Draft day for 1st rounders was Thursday. Dreams were realized, new chapters in lives began, and some people took a handshake TOO far. Trades, trades, trades, started off the first round with a roll. Many teams capitalizing off the NFL lockout by moving up without fear of taking on salary cap killing contracts, compare the pre-lockout contracts of Sam Bradford’s 6 year $78 million deal with $50 million guaranteed to the post lockout Cam Newton’s $22 million deal fully guaranteed. For example looking at what used to be a perennially awful team drafting at the top of the first round took only three players (Matthew Stafford, Ndamukong Suh, and Calvin Johnson) who count for a quarter of their teams salary cap. Many teams traded up getting their player (Browns) and other who traded back repeatedly (Rams) here are the winners and losers to me that stood in a certain way. 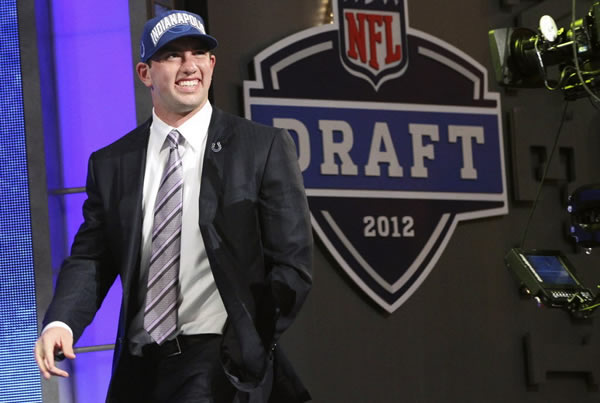 St. Louis Rams: If I’m a Rams fan, besides Sam Bradford I would really feel excited about this season and the future. Auctioning off the 2nd overall pick to the Redskins pays of for now and the future. Sitting at six and trading back again and taking a giant in Michael Brockers. With the Washington pick they get 1st round talent in Janoris Jenkins. A small school player in Brian Quick and someone to finally spell Steven Jackson in RB Isiah Pead. To make it better for them they have a one in the next two drafts.

Indianapolis Colts: What was know since Week 8 of the season last year the Colts made the easy selection of Andrew Luck but, what they would do for him would be important. Getting the quarterback was easy but how would the Colts help develop him. They followed the blueprint of the Panthers of what they did for Cam Newton and got him tight ends but instead of trading for them they drafted them. Dwayne Allen and Coby Fleener two of the best at their position coming out will be safety blankets and mismatches for whoever they line up against. Fleener who played with Luck at Stanford provides him some likeness of college.

New England Patriots: Having one of the worst defenses in football last year and going to the Super Bowl how do you fix that? By going 6 of 7 for defensive players in the draft. Watching the first round every year the Patriots would move back annually and hold two for next year. The Patriots traded up, twice at that selected Chandler Jones brother of Jon “Bones” Jones and Dont’a Hightower (two time champion at Alabama). I would say the bigger surprise selection was Nebraska corner back Alfonzo Dennard but last week he punched a cop outside of a nightclub and it took four to take him down and arrest him. A steal from the last round who comes in and is better than more than half of the Dbs in the roster already. 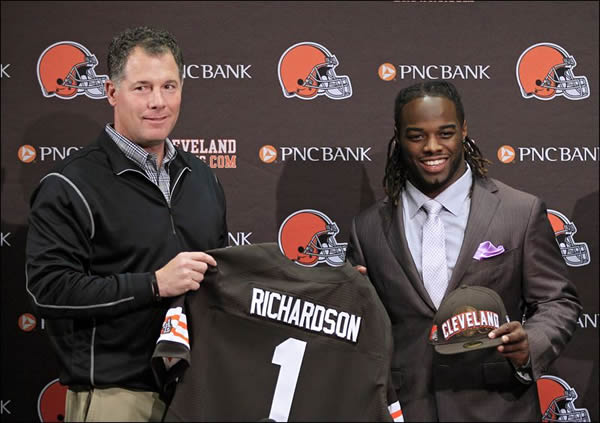 Jacksonville Jaguars: The Jaguars went by the golden rule and put talent around their quarterback in Justin Blackmon…and that’s it. When your #1 receiver last year was really a number three or four then your QB is in trouble. Signing Laurent Robinson who has never made it through a full season, net to him doesn’t make them any better. And they wouldn’t be Jacksonville if they didn’t take a punter in the 3rd round maybe they don’t expect to be on offense much next season.

Cleveland Browns: Making the easy pick after trading up and picking Trent Richardson but beyond that, hate this draft for them. I understand they think McCoy is terrible all Texas qbs are terrible but to start all over at that position in Brandon Weeden doesn’t make any sense. This pick reeks of reaching for a player based on the need of anything else is a upgrade. The true problem is still not valuing the weapons on the outside and upgrading them. Only making one receiver selection and making it in the 4th round still leaves them with scraps at the position.

Kansas City Chiefs: The 2012 drafts version of Vernon Gholston looks like Tarzan plays like Jane is Dontari Poe. When you see him on tape and he played for Memphis and doesn’t even stand out in the slightest it should have been red flags all over but Romeo must see something.