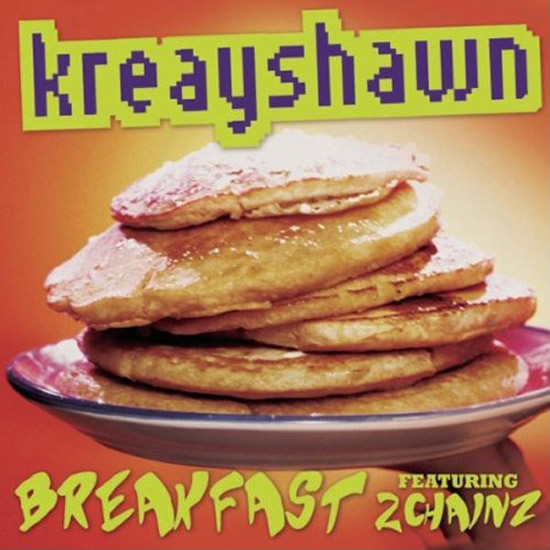 Since the buzz around Kreayshawn came and went so fast, I thought her career was basically dead. But she’s made some more visual appearances recently and both of them have been with 2 Chainz; the music video for “Murder” and now here on her new single “Breakfast (Syrup)”. I don’t know the reason why 2 Chainz keeps making music with her, but maybe it’s from those homeboy prices he was talking about recently. This is off her upcoming album Somethin’ Bout Kreay which also features cameos from Kid Cudi, Diplo, & others (I’m sure V-Nasty is on there somewhere). The music video for “Breakfast (Syrup)” is suppose to drop Monday. Update: Here’s the music video.