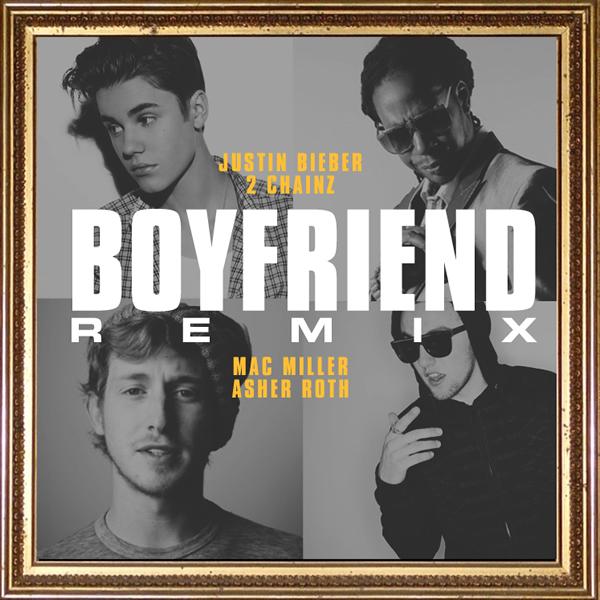 As Justin Bieber gets older the more we see him becoming the next Justin Timberlake. Then again, Bieber is probably embracing Hip-Hop faster than Timberlake ever did (He has already done a song with Kanye & Raekwon). On the remix to his latest hit “Girlfriend”, Bieber enlists some help Mac Miller, Asher Roth, & (Of course) 2 Chainz. Somewhere a Hip-Hop purist is vomiting on himself.