Dwele – Greater Than One [Review] 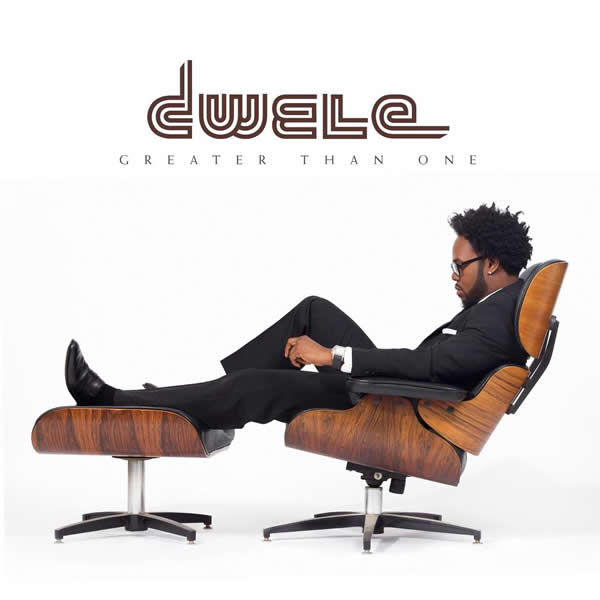 What happened to T3 from Slum Village? You know there is always that lost member of a group that is similar to a lost puppy in the music industry. It has happen many times before such as Duke from Boyz N Da Hood and all the members of the Pussycat Dolls. Dwele is not going anywhere though with his sixth album Greater Than One. He keeps producing music for the masses even if all of them do not want to listen. But does this Greater Than One album deserve greater than one rating? You will have to read on to see. You can always scroll to the bottom too. The decision is yours.

1. Greater than One, Less Than Three
Produced by Dwele
The opening is a short track about that special one to add to your one to make two. It is simple love arithmetic. A simple track but it was what the doctor ordered. That is why it gets a short review.

2. Going Leaving
Produced by Dwele
Dwele touches on the subject that plagues many men: not wanting to settle down and losing that special someone. It is the white buffalo that got away. Dwele is 34 now so he takes it a step further with bringing up children. The groove stays mature with long lead guitar riffs. He takes it before his “80’s baby” time with scatting on the end.

3. Takes22Tango
Produced by Dwele
I thought I hit my Gwen Estefani greatest hits album by the start of this one. It threw me off and I could never get back on with this one. I will have to sit this dance out. I am not a good dancer anyway.

4. What You Gotta Do
Featuring Raheem Devaughn; Produced by Dwele
A duet between two men has not been done this well since KCi and JoJo. I am talking about before KCi and JoJo were falling off stages in Columbus, SC. It is good to see talented artists such as Dwele and Raheem Devaughn come together. They made a great track with the balances of their voices and good harmony.

5. What Profit
Produced by Mike City
It is easy to write a review on the lead single of an album. “What Profit” is about the money coming and going but love should last forever. All the elements of the track fit and you want Dwele to profit more off the hard work he puts into his music.

6. Obey
Produced by Dwele
These are one of those tracks that tiptoe near the line of being too sexual. But “Obey” wins over listeners with the production. The line that intrigued me the most is “tap me once if there’s too much pressure, tap twice if you need to breathe”. It is a late night gem. 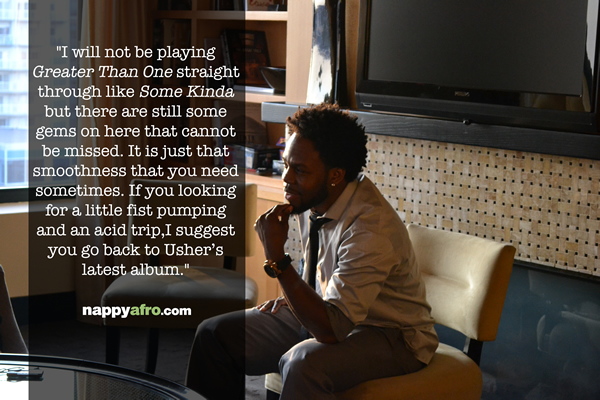 7. This Love
Produced by BlkMagic
I always liked the transition between songs on Dwele’s album. He has been doing this since his self-released debut album, Rize. The pace picks up with this track. But you will not hear any complaining with me about it. The synthesizers give it that fresh funk feel that you cannot help but love.

8. Must Be
Featuring J Tait, L’ Renee, & Black Milk; Produced by Dwele
It must be my ears. I could not get down with this track until the break down. The pace of the album picked up a little too much for me. I was happy at the pace it was at with “This Love”.

9. Swank
Featuring Monica Blaire; Produced by Dwele
I actually have been saying swanky for quite some time now, Dwele. I do not want to sound like a hipster but it is the truth. You can borrow it though if you are going to make a track like this. Monica Blaire, you have my stamp of approval to use it without any restraint

10. PATrick RONald
Featuring Monica Blaire; Produced by Dwele
I know Patron as “Pat & Ron” myself. I could get with this groove too though. It is not one of the tracks to play to the club. But you could play it on the ride home with a young lady hoping it ups your chances of getting lucky.

11. Special
Produced by Mike City
I put my hands up as soon as this track started. This one is definitely a winner. It is about finding that special someone in your life, that person that makes you greater than one.

12. Love Triangle
Produced by G1 & Rek
A love triangle sounds like the predicament to be in listening to this track. Do not let Dwele’s smooth sounds trick you though. A love triangle is not fun. Make a decision (If she makes you).

13. Frankly My Dear (I’m Bennet I Ain’t Innit)
Produced by Dwele
Greater Than One did not end on a strong note. He could have gone for the streak down the middle but Dwele just dumped it off to the running back to play it safe. I was amped for this to end on a banger too. I just had to turn my amp off sadly.

Bottom Line:
I will not be playing this straight through like Some Kinda. But there are still some gems on here that cannot be missed. It is just that smoothness that you need sometimes. If you looking for a little fist pumping and an acid trip, I suggest you go back to Usher’s latest album.