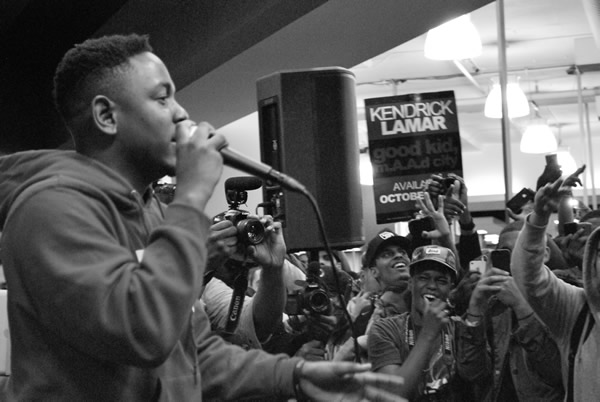 First off, even though it’s been kinda like ‘Kendrick Lamar Week’ around here, let’s start off and talk about how Taylor Swift sold 1.2 million copies of her album Red (The biggest sales week since 2002). What the hell? Was Amazon selling $.99 albums again? (Ne-Yo may want to do a quick album change). All hail Queen Swift.

Kudos to T. Swift and all, but I guess the thing most people forward to on the charts this week, more specifically people that frquent nappyafro, was how well Kendrick Lamar‘s good kid, m.A.A.d city would do. And the answer is pretty good. 242,000 copies good. Like I said earlier, we talked about this album a lot this week already, but as a lifelong Hip-Hop head it feels good to see legitimately good Hip-Hop getting supported at the cash register. good kid, m.A.A.d city lands at #2 (Check out our album review here).

Hip-Hop + R&B sales for the week of October 23rd