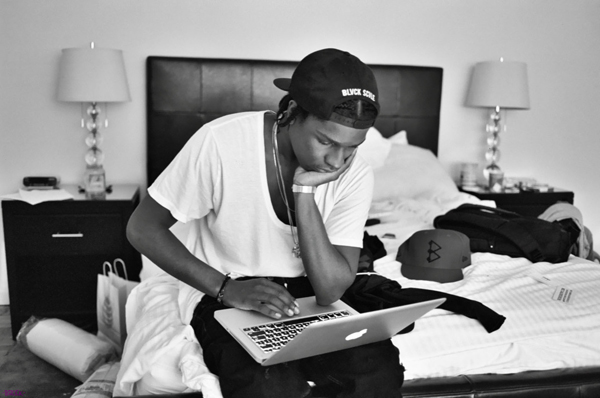 In the last few years indie Hip-Hop groups like Odd Future and A$AP Mob have broken into main stream media as social media and the internet in general have given the public access to artists would have been overlooked or ignored by record companies of the last generation. The democratization of the distribution of all media has revolutionized music in general and Hip-Hop in specific. This new environment gives us access to all things created instead of just those things fed to us by recording companies.

This has led to success stories like that of A$AP Rocky and his crew. He tells some of his story in an interview with Complex Magazine for the cover of their next issue. He talks about style, success, and his plans for the future. He also discusses modern Hip-Hop culture and his belief in freedom of expression, something that his group strongly represents.

When the group initially came out, I felt that sense of empowerment from witnessing the new kids doing their thing with complete disregard of others’ opinions. It’s very similar to what I felt when Odd Future first came into the public eye. Their lack in self-consciousness is inspiring.

During the interview, he’s asked about that “I don’t give a fuck” attitude and how it is clearly resonating with his contemporary generation. He responded, “I want kids to say, ‘Yo, I want to do what I want to do. I want to live free.’ A$AP is a lifestyle. Be young. Smoke some weed. You’re going to make mistakes. You’re not perfect. I’m not perfect. I’m not a role model. I’m an entertainer—but I’m a cultural figure.” 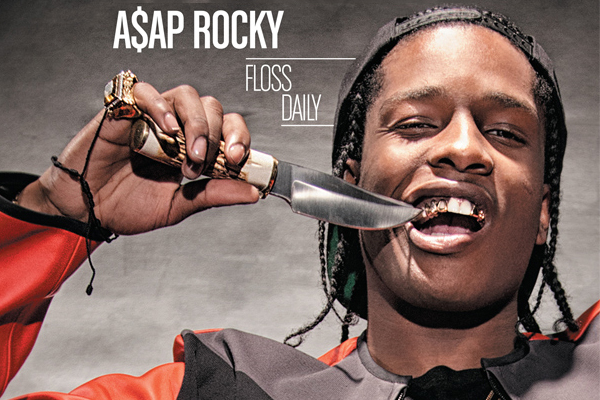 On whether or not he considered himself a rebel, he said “Of course. I’m doing everything I want to do, the way I think it should be done. Let’s break it down. I’m from New York City. I look like I’m from California. I rap like I’m from 1993, ’94, or ’95. I dress like I’m from France. [Laughs.] And I fuck bitches like I’m Tupac. And I ain’t scared of shit, like I’m God. So, of course I’m a rebel. I do what the fuck I want. Everybody has rebellious ways, but I feel like A$AP stands for its own anarchy. We are rebels. We choose to make our own music, and it’s going to become popular. All of our shit sounds underground. It doesn’t sound like anything you hear.”

He was also asked about the evolution of the Hip-Hop culture and how it has been broadened by the likes of Lil’ Wayne and his current interest in the skateboarding culture. “I put Wayne in Jay-Z and Kanye’s bracket, in terms of success. Wayne is still fun. Are we forgetting that Wayne made everybody switch their flow up and start using the E’s and R’s, and ‘I’m ir-regul-ar, seg-ular’? Like, c’mon, are we forgetting that Wayne changed Hip-Hop, too? Are we forgetting that he made all these motherfuckers want to have tattoos? Are we forgetting that? It wasn’t Wiz, it was Wayne. Wiz did it, too, but I’m just stating facts. This is a guy who fucking went from being the youngest underdog in his crew to saving his company, and saving his ‘Daddy.’ I’m not a fucking Lil’ Wayne dickrider—I’m just speaking facts. People can say what they want about him with the way he dresses. I hate the way he dresses. I’m keeping it 100 with you. It’s very tacky at times. But that’s what he chooses to do. Get off his dick! If that’s what he chooses to wear, OK. At least he’s not wearing it ’cause he saw some other lame motherfuckers wearing it. That’s when I don’t respect it. He’s doing him! Maybe it doesn’t work for you, but it works for him. So we need to get off his dick and let that man be legendary.”

The interview can be read here in its entirety. He claims to have finished his upcoming album LongLiveA$AP months ago and has simply been stimulating hype before releasing it. It was set to release in December but unfortunately was pushed back until 2013 due to the mastering process. Despite the extended wait, fans of the young MC remain excited for his first studio album release.