Johny Hendricks Is The New Top Contender At 170 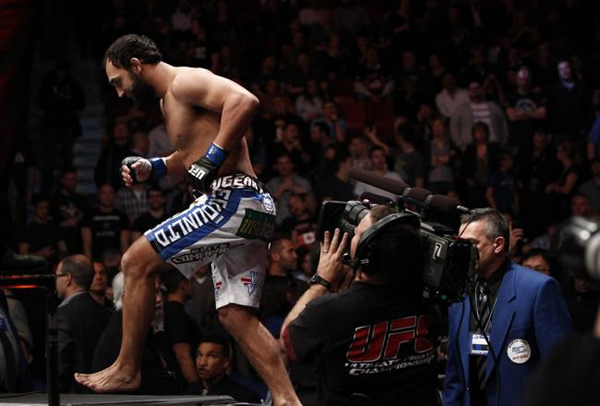 If you missed UFC 154 this past Saturday, I feel bad for you. It was one of the best cards of the year and vastly exceeded my expectations for what could have been a bore-fest of a main event. Even the prelims were awesome.

Welterweight contender Johny Hendricks moved himself to next in line for the title shot against St. Pierre by dropping Martin Kampmann in just 46 seconds. This, after knocking out Jon Fitch in the same fashion. There’s no doubt that he’s ready for a title shot but unfortunately for him, GSP is expected to face Anderson Silva in a super-fight sometime early next year.

Hendricks claims he intends to sit out until his title shot is available which could be as little as ten months but most likely more. Judging by how that has played out for other fighters, I wouldn’t advise it. This sport is too unpredictable and staying active in the octagon is a necessity. A match against Nick Diaz would make sense and the timing would be right since Diaz’ suspension for a failed drug test for marijuana metabolites will end this spring.