Albums That Were Overlooked By The Grammys 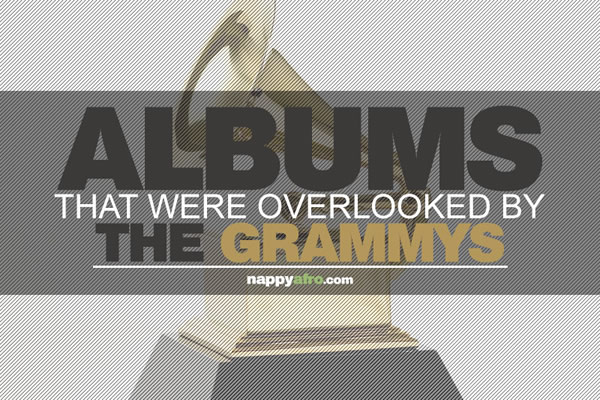 From October 1, 2011 to September 20, 2012, there was a surplus of albums released during this period. Most of those were rewarded with the recognition they deserved with a Grammy nomination. A Grammy award is the highest award for anyone in the music industry (depending on who you ask). According to Wikipedia, “It is the music equivalent to the Emmy Awards for television, the Tony Awards for stage performances, and the Academy Awards for motion pictures.”

There have been times in the past where mistakes have been made by the Grammy’s Association in their choice of who deserved their awards. Ol’ Dirty Bastard made his disapproval of the chosen winners in 1998. He rushed the stage to share his thought on Puffy winning for the Best Rap Album category instead of his group, Wu-Tang Clan. I share Big Baby Jesus’ feelings when some albums that I have purchased or artists that I have listened to in the past were announced as Grammy nominees. Congratulations to fun., Jeff Bhasker, Frank Ocean, Miguel, Estelle, Tamia, Salaam Reemi, and Nas on their nominations for the 55th Grammy Awards.

The following albums feature songs from artists I think deserved recognition from the National Recording Academy.