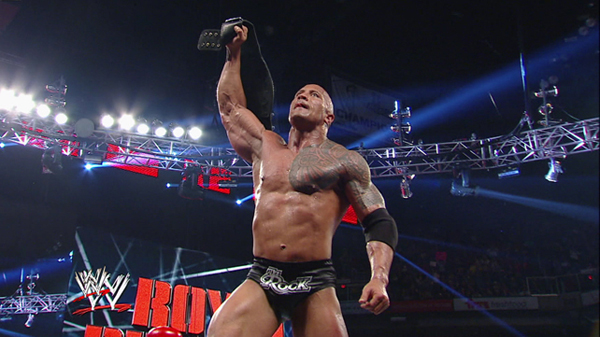 If you follow WWE to the point where you anticipated and watched Sunday’s Royal Rumble pay-per-view, the results of the show probably didn’t surprise you much (For example, a few days ago I successfully predicted the outcome). Even still, I enjoyed the event.

For the uninitiated, the Royal Rumble match begins with the two wrestlers who have drawn entry numbers one and two, with the remaining 28 wrestlers (Sometimes more) entering the ring at regular timed intervals, either ninety seconds or two minutes, according to their entry number. Wrestlers are eliminated when they are tossed over the top rope and both feet touchthe floor. The winner gets to main event Wrestlemania and choose with title they will compete for. 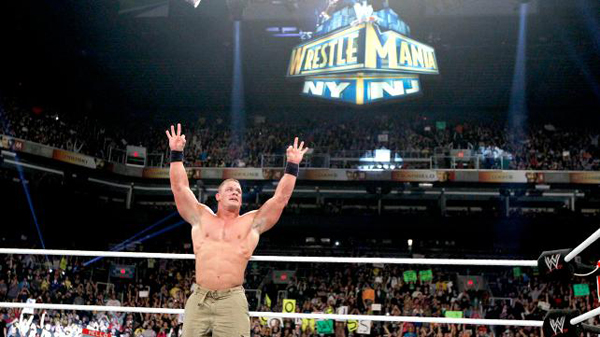 Sadly, there weren’t many surprises in the actual Royal Rumble match. No Carlito or Shelton Benjamin (like online rumors/reports had us believe), but we did see returns from Chris Jericho, Rey Mysterio, Sin Cara as well as surprise  appearances from Goldust & The Godfather. The final four wrestlers of the match were Dolph Ziggler (Who came in at #1), Sheamus (Who won it last year), Ryback, & John Cena (The FRO Horsemen picked 3 of these wrestler to win the Rumble). The end of the Rumble saw Cena eliminating Ryback to win the match and probably lead to Cena vs. Rock 2 at Wrestlemania.

I would have preferred more surprises like last year’s Royal Rumble, but for a hour long match, it wasn’t bad (Then again, Royal Rumble is my favorite match of the year).

Since The Rock came back to the WWE a couple of years ago, he’s 3-0 (Counting a tag team match). I know people on the Internet are pissed off that The Rock, a person who will never be a full time wrestler again, won the strap. But who the hell else was gonna end CM Punk‘s 434 day reign as WWE champion? The match was okay, it definitely wasn’t a classic but it had it moments like The Shield putting Rock through a table when the arena lights cut out, Mr. McMahon coming out to re-start the match, or even the botched Rock Bottom through the announcers’ table. It’s been 10 years since The Rock was the WWE champion but I’m actually more interested in what happens with CM Punk’s character from here on out. And then there’s the Elimination Chamber pay-per-view in three weeks. We’ll see.

Be sure to check out our professional wrestling podcast, The FRO Horsemen, for more dope stuff like this.

Go here to check out past episodes & subscribe to the podcast via iTunes & RSS.