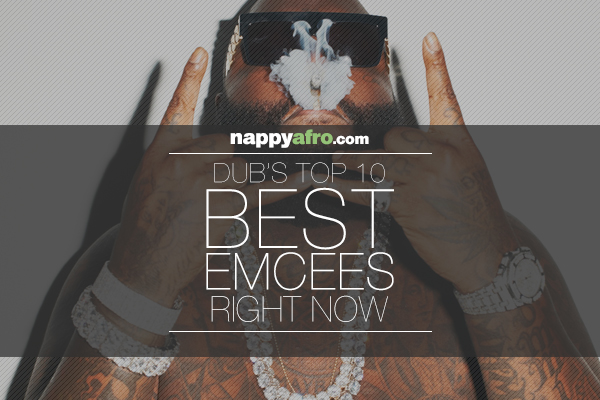 I’ve been a little obsessed with lists ever since the MTV brain trust released the Hottest MC’s in the game earlier this year. Well over the weekend me and my homies were speaking and decided that we should figure out who the best emcees in the game are today. I figure that no matter who I pick for this list someone is going to be mad, but oh well. I wish the rest of the staff would have been willing to jump in on this with me, but after two years of asking to do our own ‘Hottest in the Game’, and trying to get a best mixtapes of all-time list together and nothing happening, I figure why bother. Check out my list and then everyone who is upset; take your shots in the comment section like always.

Sidenote: I will only be listing artist who have dropped a major label album. This means no Danny Brown or Ab-Soul even though I can’t stop listening to their records.

Before we get into the best right now, I want to disqualify a few cats because we already know that they will forever be considered the greats even after they stop rapping.

I think after eliminating these people we really get to see who the best are the best of this generation.