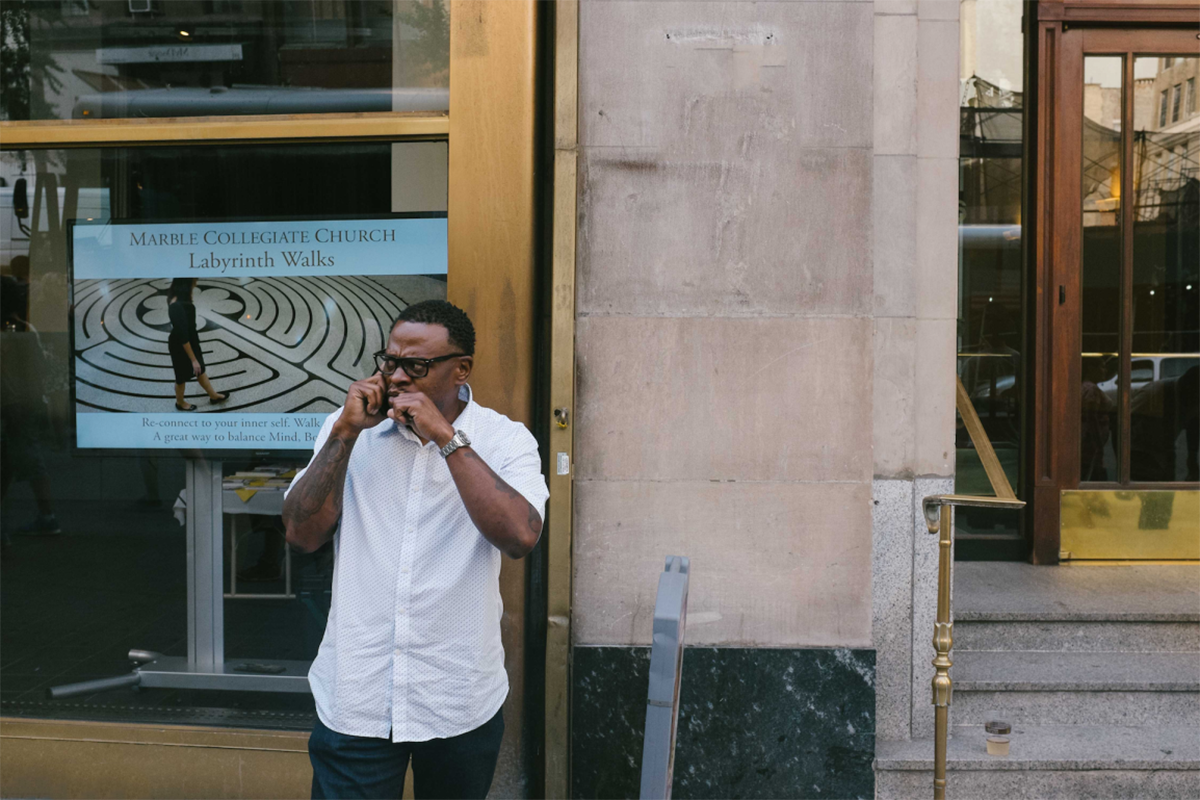 26 years in the game. Wow. Scarface has put in work. From Diary, to Emertius, Scarface always seem to stay relevant whenever dropping a album. He’s been here before the T.I’s , the Jeezy’s , and Gucci Mane’s. The real king of the South? Hmm. With hits like “Hand of the Dead Body”, “Never Seen A Man Cry”, and “High Powered”, Scarface is a legend. But at 44, can he come with the same heat he had in the 90’s? We’re about to find out. This one is titled Deeply Rooted and this one was highly anticipated after a couple of pretty well received singles. Here we Go!

1. Intro
Produced by Mike Dean
Mike Dean brings in the album with a dark and sinister sound and some light vocals in the background. Nothing too special here. Just bringing in the album. Scarface’s 12th album by the way. Leggo.

2. Rooted
Featuring Papa Rue; Produced by N.O. Joe
Scarface starts the album off on a great note. Papa Rue assists him with this one. They’ve had great chemistry since Scarface came out with Emertius and its evident. This is vintage Scarface from the subject matter down to the cadence. Here he is speaking on being deeply rooted into the streets no matter how old he gets. The production is great here.Although a little slow, N.O. does a great job of helping Scarface paint his picture here. Good song.

3. The Hot Seat
Featuring Jack Freeman; Produced by N.O. Joe
This one is a smooth one. I wanted to roll up a blunt as soon as I heard this beat. This one jamming. Jack Freeman does a unbelievable job singing this hook. Scarface is talking about being in the county jail on this one. Oh my God. The storytelling is very vivid on this one. Each verse gets better: Verse one is speaking on him getting locked up, verse two is speaking about him getting booked into the county jail, verse three is him getting ready to see the judge. One of my favs right here. N.O and Scarface are 2-0 so far. Amazing song.

4. Dope Man Pushin’
Featuring Papa Rue; Produced by N.O. Joe & Spuf Don
Scarface talking that trap sh*t right here. Him and Papa Rue show their chemistry again. There is a couple things I like here but I do NOT like this song though. The production is too slow. And the screwed voice on the hook is just awful. Verses were okay. I like the bridge Papa Rue did. But I won’t be playing this one much. Sorry.

5. Fuck You Too
Featuring Z-Ro; Produced by N.O. Joe & Chuck Heat
Z-Ro voice is incredible. I just wanted to start this song off on that note. The production here is pretty good. The beats have been pretty good so far, although I feel as if we heard these beats a couple years ago. The title to the song is pretty self explanatory. I see this getting a lot of play. As we get to the 5th song, I have yet to hear a bad verse from Scarface on the album. He still has it.

6. Steer
Featuring Rush Davis; Produced by Luke Walker
This one was the single. I like this song. But I do not think this should’ve been the single. This is another one I won’t be listening to all the time. Scarface can flow on anything and make it his. No beat will make him switch up which can be a good thing or a bad thing. Right here is a good thing because I think if he flowed any other way I’d hate the song. He’s talking about being in a bad place in life and needing the lord to help him steer through the bad decisions. It’s an underlying story in there as well. Good song.

Paranoid, got me running for my life now
Homicide, questioning my mama and my wife now
Parking lot, full of cops, got the dogs out
Running, chest burning, out of breath
About to fall out

7. Anything
Featuring Rich Andruws; Produced by N.O. Joe & Nottz
Production is starting to get a lil’ stale. They’re not bad at all but they are very slow beats with no bounce to them. Here Scarface is talking about how people will do anything for what they want. Good verses and Rich does a great job singing the hook. This song is okay. Nothing too major for me. Scarface does know who to get on these songs for these hooks though. Haven’t heard a bad hook yet.

8. Do What I Do
Featuring Nas, Rick Ross, & Z-Ro; Produced by N.O. Joe & Spuf Don
Hmm, who had the best verse on this? Personally, feel like not too many rappers are touching Rick Ross right now (Go download Black Dollar now!). Nas had the worst verse and I am very disappointed. They just gassing on this one. Another incredible Z-Ro hook. Production is pretty good, but you guessed it, another pretty slow song. Good song though. But can we get some actual bangers?

9. God
Featuring John Legend; Produced by N.O. Joe, Ervin Pope, & Scarface
This song personally turned me off from the album when it initially dropped. Not a bad song but this is just not Scarface sound . I do not listen to him for songs like these. No disrespect to the legend. But NEXT.

10. Keep It Movin’
Featuring Avant; Produced by N.O. Joe & Spuf Don
This song is actually better than the last 3 songs. Scarface picks it up here. Production is not as slow and Avant still can make great hooks. He’s talking breakups here. This isn’t vintage Scarface but it’s something he needed at this time. You know Avant is great at these. Good song. Good production.

11. You
Featuring Cee-Lo Green; Produced by N.O. Joe & Ervin Pope
This song is okay. Scarface story telling is still impeccable. This got a west coast feel to it. I like it. But nothing is blowing me away at this point. He’s talking about him as a young boy and his mother having to deal with him. Now he has to deal with the same shit his mom dealt with with his kids. Okay song. Great message.

12. All Bad
Produced by N.O. Joe & Ervin Pope
This is dope right here. There is a church sample in this one and he follows protocol .This is actually a gospel song and I salute Scarface for putting this on his album. His flow and cadence used here are good too. Nothing I would normally listen to but still dope song nonetheless. N.O. Joe shows his versatility with the production.

13. Voices
Produced by M. Mac & J Baum
Scarface goes fully left with this one. I think he is trying to appeal to another crowd maybe? Thirteen songs in and his message is still very strong. Subject matter is great. But this sounds like something you would hear while walking with your girl in Forever 21. NO SCARFACE. NO. SKIP

14. No Problem
Produced by The Key
Scarface beat selection was not very good on the backend of this album. He’s talking about how much of a problem he is and how you are not a problem to him. I honestly do not like this song. And it’s not because of the rapping, its the beat. Don’t know what he was thinking at end this album. Another skip. C’mon Face

15. Outro
Produced by Mike Dean
He ends the album with the same sinister sound. THE END. Or to be continued?

I was really excited about this album. But after about 10 listens, I am disappointed. I hold Scarface to a very high standard. He has great songs on here like “Rooted” & “Fuck You Too” and maybe even a classic with “The Hot Seat”. But the end of the album is horrible and very forgettable.

The lyrics on here are great’ Scarface’s storytelling is as vivid as ever. But the production is too slow at times and causes me to skip the song. N.O. Joe produced about 80% of the album and he mostly did a good job. It’s a lot of okay songs and not enough great ones. That leads me to think Scarface should’ve used some more producers instead of sticking to one for 80% of the album. I understand that you want to have the unified sound, but it really started to get dull after track 7. The features on here were really good (it was a lot of them). I think the best feature was Papa Rue on “Rooted” though.

If this album was dropped a couple years ago it’d maybe get a 3.5 out of 5 . But I’m giving this one a 2.5. Like I said, I hold scarface to a high standard. Dont get it twisted. Scarface still one of the greatest to ever do it. I wonder if this is his last album. Does this album take anything away from his legacy? No. Did he add onto his legacy with this album? No. But he still manages to stay relevant in a game where they say “old n*ggas aint allowed”. Salute!