Soapbox Criticism: Mo’Nique and Drake Are Not Black Excellence 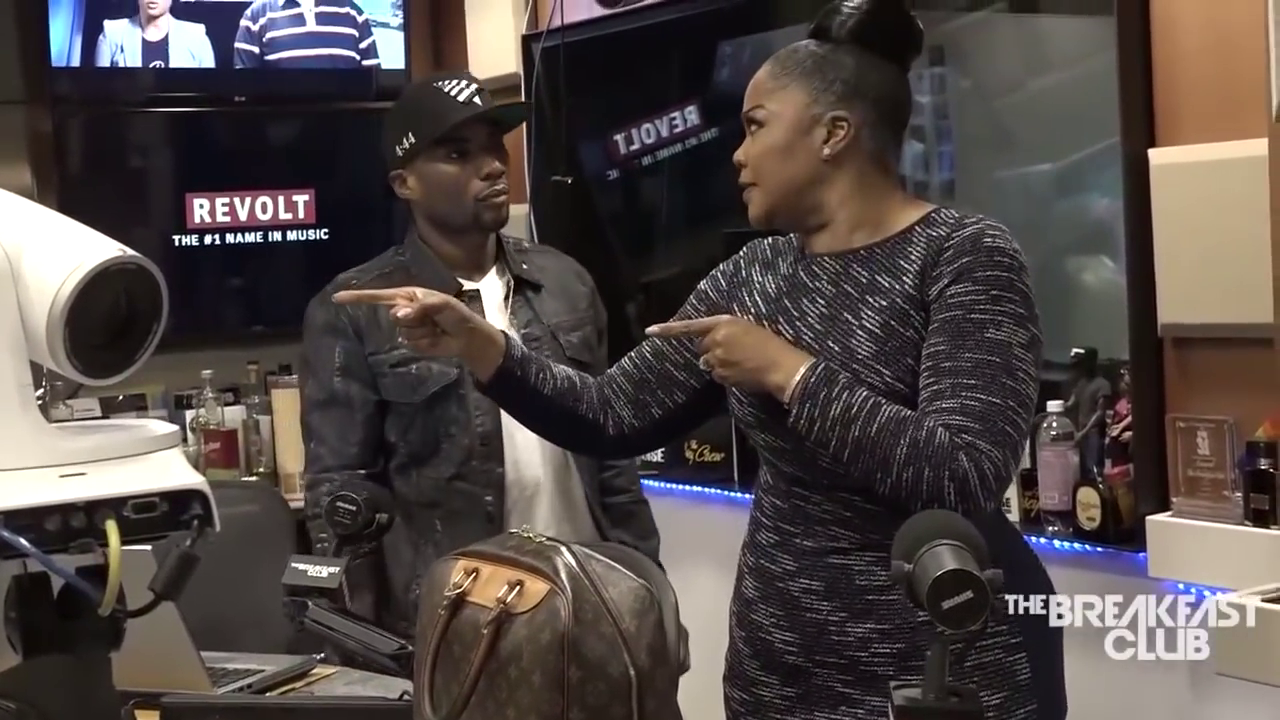 From Short-T: “I had this idea for an article last month about the parallels between Drake and Monique vying for Black Excellence. Notes on my phone, typed drafts, and ideas in my head, but the article was nowhere near completion. I don’t know why, but The Lord keeps blessing me with the 6 God and the “Most Decorated Comedian Alive” consistently relevant in the news. “Black Excellence” is a term I use to describe Black people that have become successful in their field and inspire others to join them in the upper echelon while fighting for others that are unable to fight. I love us for real. Happy Black History Month!” 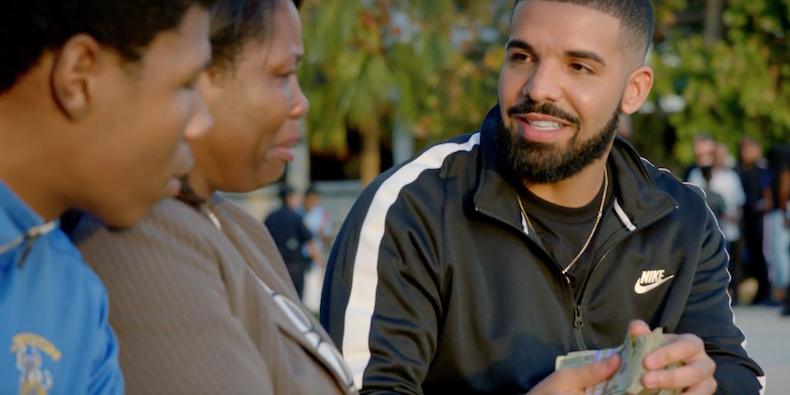 The video for “God’s Plan” has been in everyone’s heart for the last two weeks. I applaud Drake for changing people’s lives with his charity. Unfortunately, you can’t be a multi-millionaire rapper giving nearly a million dollars in cash away to Miami residents without some criticism. There’s been backlash over him using the record label’s money instead of his own personal money. There’s even been resentment about him exploiting people’s hardships all for a video; to that point, I disagree with, the man himself even famously rapped “They scream out my failures and whisper my accomplishments” on “6PM In New York”. He should be bringing attention to his community efforts because people like me question Drake’s selfishness. My only issue with the “God’s Plan” video is that I was misled. There were BTS photos and videos on set at Miami Senior High School giving away money to the school and a grant to one particular University of Miami student. Following that, there was footage of Drizzy buying out a grocery store. I didn’t know that was the whole video, I thought that was just random acts of kindness. Without the element of surprise, the video fell flat for me, but it did curb one of my issues with our Canadian brother. 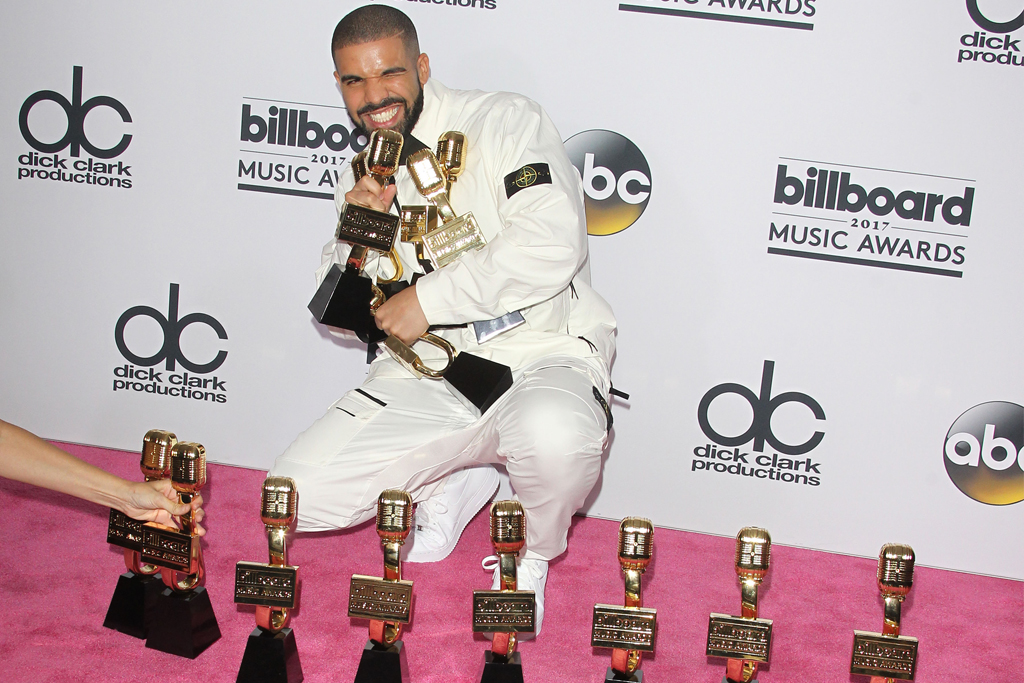 “Diplomatic Immunity”, the second and final track from his Scary Hours EP continues in the tradition of “Congratulations”, “Tuscan Leather”, and the various time and place records over his career where Champagne Papi delivers a free verse discussing various topics off the top of his head. While I was distracted by him name-checking SZA, Rihanna, J. Lo, and throwing subs at the hosts of Everyday Struggle, it was Good Culture, a local Dallas podcast that caught an important line I never caught my first 5 repeat listens. “Billboard awards, I claimed 13 out in Vegas like Surenos, Black Excellence, but I guess when it comes to me it’s not the same though, all goodie…”. No, it’s not all gooodie, Aubrey, let’s talk about this. I hope he doesn’t believe that being a “bi-product” of an interracial relationship hinders him from being a modern Black cultural icon. Winning 13 Billboard awards is great, but they aren’t really specific wins to the Black community when the art that was rewarded didn’t hold any significance. Last month, the Grammys failed to recognize Hip-Hop outside of categories dedicated to the genre. King Kendrick swept most of his categories, but when it was time to conclude the festivities with the winner of the biggest award of the night, “Album of the Year”, the Academy went with popularity over artistry and awarded Bruno Mars’ 24K Magic. Kendrick’s DAMN. and even his performance that night was filled with his socially conscious message, while Drake, like Bruno, is rewarded for his safe and fun music. Not a problem for me as a fan of the OVO leader, because not everyone is a revolutionary, but like Drake said following the announcement of his #GodsPlanChallenge, anyone can do “the smallest thing just to bring another human being some joy”. While I wish that Sandi’s son would talk to his NFL friends about taking a knee during the National Anthem to support awareness of police brutality, it’s too controversial for him. I doubt that I’ll even see support for the Parkland, Florida students and their crusade against the NRA and politicians to reform gun laws. Until Drake’s music reflects Black struggles, his wins will only be celebratory for him and not for Black culture.

I believe that Drake has empathy for others; I also 100% believe that Mo’Nique is solo dolo in her hunt for attention. 2018 has seen the “Queen of Comedy” promoting her Netflix boycott, ironically, considering that she did not promote her film, Precious way back in 2009, leading to her being blackballed from major roles and paydays by Tyler Perry, Lee Daniels, and future 2020 Presidential candidate, Oprah Winfrey. Mrs. Hicks speaking about her dealing with Netflix has brought up an issue that I wish that she would focus on more during her press run. Besides Ali Wong’s 2016 Baby Cobra and Cristela Alonzo’s 2017 Lower Classy, I can’t think of any WOC stand-up comics with a Netflix special. The situation is even more evident as we have seen specials from Katt Williams, Marlon Wayans, and of course, Chris Rock, released this month. Where’s Sasheer Zamata? Michelle Buteau? Aparna Nancherla? (I’ve really gotten into Corporate lately) Amanda Seales? Quinta B? I wonder, now that Nicole Byer is hosting the upcoming Netflix cooking show, Nailed It, has negotiations started for her special on the streaming service. I wanted the interview to be focused on the women that were missing out on opportunities, but instead Charlamagne The God got all blame and he was unlawfully convicted of mistreating all Black women by simply labelling Mo’Nique “Donkey of the Day”, a month ago. She is not the single representation of all Black women and does represent Black women.

If you want to hear the initial details of the Netflix meeting and negotiations from Monique and her husband-ager, Sidney Hicks (or Daddy) or cringe when she shamefully calls herself a “freedom fighter” because she questioned a teacher in elementary school once, I recommend listening to the last episode of their Open Relationship Podcast. On their platform and in the Sway In The Morning interview, she claims to be doing this for the next generation of funny women with melanin but has only named Tiffany Haddish, the comedic “It Girl” of the moment. News was released earlier last week about Haddish’s Netflix animated series that she will be starring and executive producing coming soon. The morning after the interview, the former star of The Carmicheal Show tweeted in response to a comment about if she gets a deal with Netflix it will be because of Mo’Nique. Her deal was made long before she publicly started her “boycott”. I see, hear, and think that this is nothing more than a publicity stunt for her resume.

Mo’s support for racial inequality and gender gap was dead silent before it affected her. Silence for Tracee Ellis Ross while negotiating to bridge her pay gap with Black-Ish co-star Anthony Anderson. No love for Leslie Jones while her nudes were leaked and she was bullied for starring in a Ghostbusters remake. The #TimesUp and #MeToo movements have been trending in various Hollywood conversations. I respect her for sharing her sexual abuse encounter in a #MeToo tweet, but I am befuddled beloved as she has not encouraged others to share their stories of abuse and as gone as far as to comparing film producer, Will Packer, her latest adversary to the monster of Lala Land, Harvey Weinstein. During her Breakfast Club appearance, the former star of The Parkers compared herself to her fellow “Best Supporting Actress” Oscar winner and #TimesUp advocate Viola Davis after a clip of the “Black Meryl Streep” went viral of her demanding to be paid her worth in money and job opportunities. Mo’Nique has a point; there is no reason for anyone to downplay her for being compensated how much she believes she is worth. My biggest and only issue is the coaxing effort to have everyone believe that she loves us. Mo(ther) Love has yet to support Phoebe Robinson and Jessica Williams‘s 4-part HBO special, 2 Dope Queens on her IG. I haven’t seen any tweets congratulating Lena Waithe‘s historic Emmy win, the success of The Chi, or her upcoming TBS series about a Queer Black Girl in her Twenties. I’ve yet to see any well-wishes for Issa Rae as anticipation is high for the junior season of Insecure and her two new HBO shows. The former BET late night host has no words of advice for Robin Thede and her BET late-night show but has plenty for Lenard (She is really fighting being “Donkey of the Day” once) or anyone that has anything negative to say about her one-woman crusade instead of leading a revolution. We’ll see the after effects and actions for others once her special is sold exclusively on her website then we’ll see if she can keep that same energy.