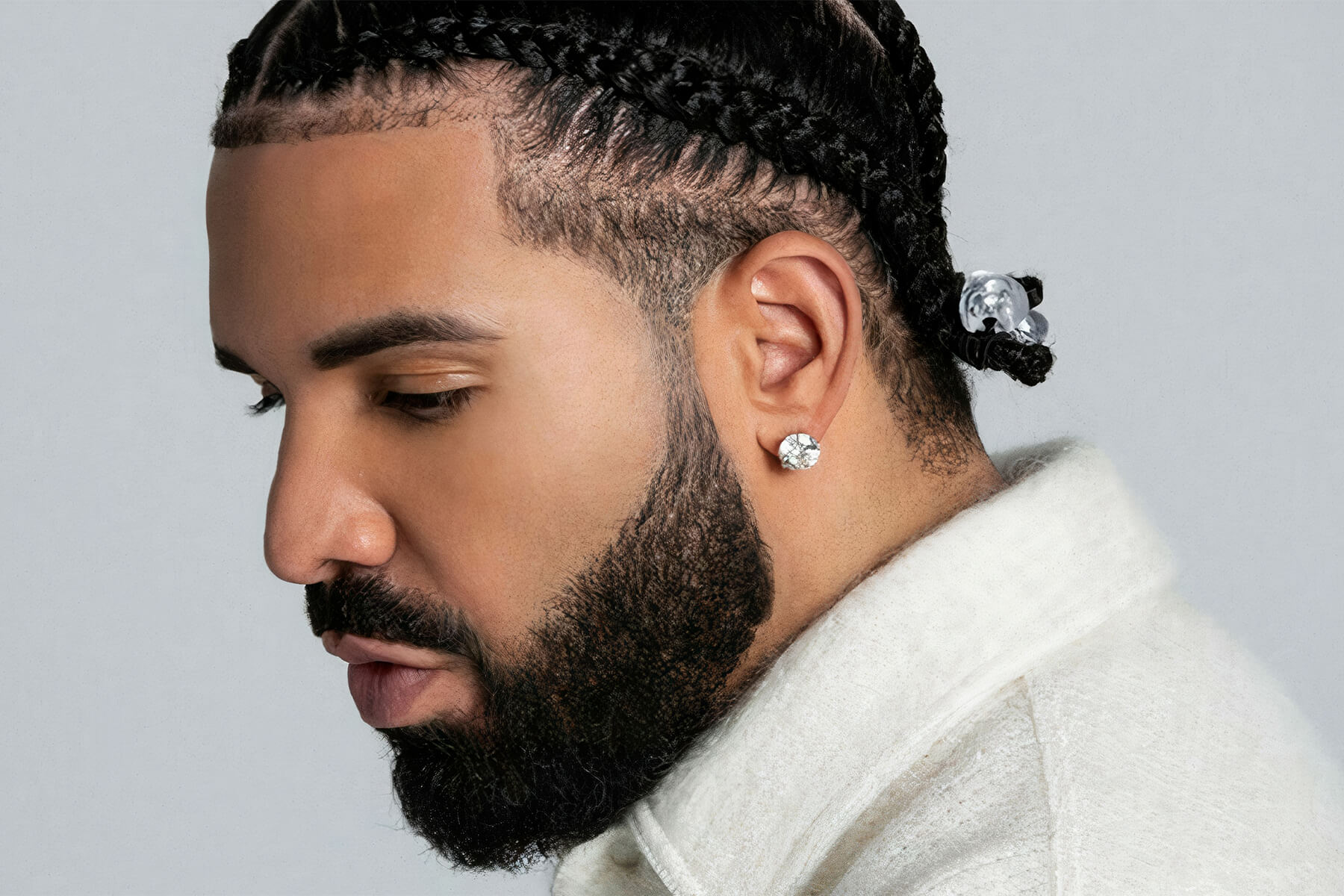 When I saw the announcement on Drake’s Twitter that he was releasing a surprise album at midnight (11:00 PM my time), the initial thoughts that raced through my mind were:

Let me rephrase that, I thought that I wouldn’t like this album in its entirety, BUT I did think that there would be at least a couple of songs, hopefully some bangers, that I would take into the summer season properly.

When I got home that night and saw the album was under the dance/electronic section of Apple Music…I got worried.

So, I went to the credits, and outside of the usual suspects, there was EDM stalworth turned tech-house producer Gordo (fka Carnage) and progressive house producer, Black Coffee was noted. If you’re not familiar with his brand of house music or the genre altogether, his sound is more minimalistic but not enough to where it is bare-bones or even lumped into techno. But then I remembered that the two working together is not at all surprising, as they previously collaborated on “Get It Together” with UK songstress, Jorja Smith.

So, with me being fond of their previous collab, this album, Honestly, Nevermind, may have the potential to be good right?

1. Intro / 2. Falling Back
Produced by Kid Masterpiece / Produced by &ME, Rampa, Beau Nox, & Alex Lustig
The instrumental off-rip sounds like something I would have heard off Subconsciously and things are off good so far. Drake comes in and does his usual Drake thing. But then, the song goes further. Drake goes into his higher register and from 1:55 and there on…it just stays there. And it confirmed to me…

Or at least, he can’t sing with as much finesse as he thinks he has. It is just an endless string of

Falling back on me…

I lost count of how many times that line was repeated.

I don’t really have anything to say with this except that we’re off to a rocky start.

3. Texts Go Green
Produced by Esona Tyolo & Black Coffee
Drake really makes songs for niggas that have only been in relationships for two weeks. The song much like the first song is just directionless. It is almost as if he’s freestyling on the record. Throwing shit to the wall to see what sticks. While the instrumental isn’t bad by itself, the only thing I can think of is…

“I wonder what The Weeknd would sound like on this.”

4. Currents
Produced by Carnage & Black Coffee
At first, this sounds like it is going to be “One Dance, Pt. 2” but then…

What is this? A Trillville song?

I get the whole Baltimore club-inspired sound and there are some decent parts in the song, but the bed spring sound in the instrumental just makes everything about this song feel goofy. It is seriously goofy.

I found a new muse
That’s bad news for you

You know what? When he sang this part, I felt this. I felt it strong. Because judging by the earlier tracks, we were truly in for some bad news.

There’s no point in telling you what this song is about. Because you already know what it is. However, what I was thinking while listening to this was…

“I wonder what Brent Faiyaz would sound like on this.”

6. Calling My Name
Produced by Carnage, LIOHN, Klahr, Beau Nox, & Alex Lustig
I will give Drake this. The beginning of the song sounds like it is going to build up to something, but then here comes…

HUH? And then top that off with…

Your pussyyyyyyy is calling my name

7. Sticky
Produced by Carnage & RY X
The bounce instrumental is basically saving this record because Drake isn’t saying anything really of importance. Just a bunch of rich nigga flexing, but I will say that this is the first song on this album that is the most cohesive in marrying the house production with Drake’s strengths.

8. Massive
Produced by LIOHN, Carnage, & Klahr
It is like they built the instrumental around the beating of a heart monitor.

That aside, I like how the drums begin to fill up the instrumental, and once again Drake is playing to his strengths, using his lower register and conveying his thoughts with at least SOME passion? My issue with this song is that there is a lot of space towards the end of the track. There could have been a bridge or another chorus, but nope, there’s nothing there. Drake went “grand opening, grand closing” on this track.

When I heard that sample, my initial thought was…

And what do you know? Floetry was sampled.

I actually…like this song…actually…I think I love this song. At least Drake is finally exuding some EMOTION here. I can imagine this being on a summer playlist. I can hear this in the background of a party. I can see myself dancing to this. What took you so long Aubrey? Now, ONCE MORE WITH FEELING!!!

10. Overdrive
Produced by Beau Nox, Alex Lustig, 40, & Black Coffee
It was fun while it lasted.

“Overdrive” is a good idea on paper. However, much like the rest of the album before it, the execution is subpar. Drake just does enough and for this genre of music, the bare minimum makes up for a very bland and boring experience. Once again, what is saving this is the production. It is enough for your head to sway but is not enough to keep your attention the whole time. Hell, if anything, it is a Dawn FM leftover.

11. Down Hill
Produced by 40
With a title like that, it is almost as if Drake is jinxing himself.

The song is inoffensive. Like, it is good music to have on when you need that extra layer of sleep enhancement or something to keep you motivated to mop the floor in your kitchen or to stock that extra box of cereal on the shelves before the customers arrive.

Maybe it’s me. But am I the only that gets creeped out when Drake talks to or refers to women as if they’re science projects? Yeah, this is Drake begging a girl not to leave him and the minimalist tech-house production with the weak guitars in there makes this a dud. Makes you wonder, did Drake even bother to give a fuck while making this?

Calling me daddy, I taught you things that a father can’t teach

Gross. And fuck you.

Yet with that, this is the best track on the album. It took 21 Savage, at the TAIL END of this album, to make anything on this remotely interesting. That is saying something.

Where? Do I even begin?

Okay, so let me say right off the bat, that I do not believe that this album is trash per se. Yet, good ideas don’t equate to good songs. The instrumentals provided by Gordo, Black Coffee, 40, and others, leave a blueprint that if put in the hands of other capable artists such as:

Hell, you could have contacted some of the people down in the OVO sweatshop (Majid Jordan, PARTYNEXTDOOR) to come lend a hand to these beats. If IDK had these beats, he would have probably released something worthwhile, as he has done it this year with KAYTRANADA. Hell, even though I am not a fan of her musically or personally, I think Azealia Banks would have done a fine job to inject some life into these beats vocally.

The problem with these songs is not because it’s house music, it is because Drake can’t help himself but put in the bare minimum to make these songs work. As a result of this, the songs on Honestly, Nevermind, come off lifeless, bland, and as Charlamagne tha God put it on The Breakfast Club, “elevator music”.

I believe wholeheartedly that Drake has it in him to make a hit or a banger or something that will evoke some type of virality, but as long as he keeps this “get rich, stop trying” mindset, the music is only going to suffer more than what it already has and I apologize, but this here, is one mediocre album too many, where it seems in a post-If You’re Reading This world, it is feeling like forever. I don’t know what it is going to take for that spark to rekindle in Drake’s creativity, but the idea that he believes that he can do these BIG things by doing so little and people are going to stan the F out and call it “different” anyway. I don’t know about you, but this may be where I say to Drake, that honestly…