Lil’ Wyte – The One And Only [Review] 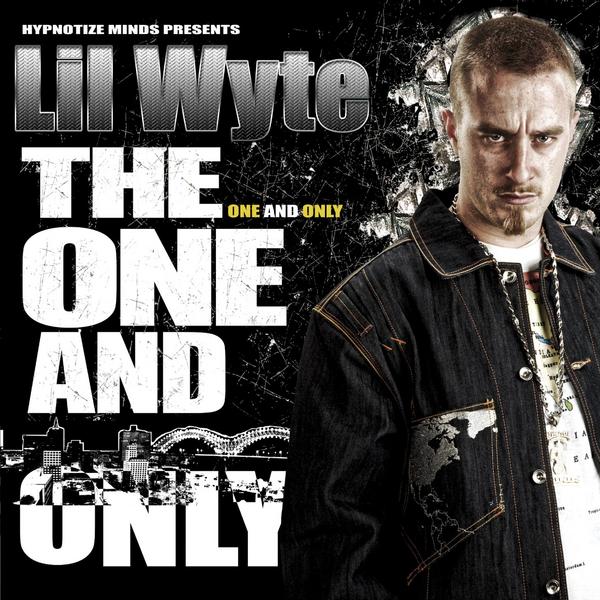 Yo yo, its your boy P-Body making another guest appearance. Consider me to be like Flesh N Bone from Bone Thugs, I only appear on the site whenever I get time to do. So if I’m not in trouble with the law or messing with a bitch… just playing but I do be busy though. Anyways, off that. So we are reviewing the new LP by Hypnotize Mindz’ Lil Wyte, his album is called The One And Only. This is his 3rd solo album (1st on a major label), and he is finally signed with Asylum records/Hypnotize Mindz now, I know ya’ll seen that episode of Adventures In Hollyhood. Basically I’m going to give the people my outlook on the album as a whole. Its 20 songs deep, so here it goes. Oh yeah, I’m one of the hardest, and straight forward critics out there.

Okay the first song “The One And Only” (same as his CD title). This is alright, not all that to me, I mean the beat is cool. Its something that DJ Paul & Juicy J would do, most definitely. “We Ain’t Kool” starts off with Juicy J talking, but this song kinda suck to me. The pianos on the track are dope to me; it’s nothing spectacular about this song. “I Got Dat Candy” sucks to me, skip this one. I don’t like that chorus, the lyrics aren’t too hot, but the beat is the only thing that save this song. “Thats What’s Up” is alright, I like this song for some reason. The beat remind me of the late 90’s to early 2002 Three 6 Mafia. I could hear this beat being on Project Pat Mista Don’t Play or Three 6 When The Smoke Clears. Project Pat would have ripped this one better if this was his track, well before he went to prison for the 3rd time. Okay “Talkin Ain’t Walkin” is the single that he performed at the music convention to get that record deal. I know ya’ll seen that episode when he threw that cup of water or whatever in Computer’s face, and he ran off upstairs to the recording booth (from Adventures In Hollyhood). This song is alright, its nothing really that grab me, but the beat is hot to me. “Get High” its your typical get smoked out, loc’ed out song, nothing spectacular to me. Skip! “It’s On“, hmmmmm.. I like the beat, and Lil Wyte does alright but once again I just don’t feel dude like that. I’m a big Triple 6 fan so don’t get me twisted. “Feeling Real Pimpish” featuring Project Pat; okay why does everybody claim that they are a pimp. A lot of these niggas wasn’t getting hoes, I betcha your $20 that a lot of these rappers wasn’t pimpin’. Only thing my nigga Pat doing on the song is the chorus; the beat is definitely dope. Paul & Juicy can make them damn beats. “Get Wrong“; okay once again its your typical song. The beat to this one is alright, nothing that grabs me, I heard Paul & Juicy do a lot better; maybe because a lot of their underground artist get these type of beats instead of the real hard shit they give UGK, and etc. Even Terrance Howard got a better beat for “Hard Out Here For A Pimp” and he is not a rapper. “Choppa In Da Back Seat” featuring Project Pat, okay the beginning started off good with the piano loop but when the beat came on, it sounds like everybody else shit. The song overall is alright, I just wish Project would have at least rapped a verse, he probably would have saved the song… or maybe not. On “Getting Money Boy” it’s once again its your typical song about getting money and keeping stacks wrapped on a rubber band. The beat is alright though, but I just can’t feel the song much. “Cake” yep it’s just like the last song, talking about getting money. People really need to expand their minds and stop trying to do what the label tell them. They see that records can’t touch down in people homes like John Madden! Ya’ll like that slick shit huh? I knew you did. Anyways next song “Got’m Lookin“…. Hmmmm, I’m not really feeling this song that much either, his lyrics aren’t grabbing me too much; it’s the same shit. Maybe if he delivered his shit differently. Also if I could believe the shit that he says, maybe I’ll feel him better. The beat is pretty good though. “Fucked Up” starts off with Juicy J saying he want to get drunk; okay, ya’ll already know the concept about this song. Yep! Getting drunk. Im not feeling this shit, it sucks to me.. Skippppppp!! Next song “Suicide“, the chorus is getting performed by DJ Paul with a little vocal effect on it. This chorus goes “Suicide, Suicide, Suicide, Homicide, Homicide, Homicide”. The chorus is kinda weak, but the beat is alright to me, I like the beat though. Lil’ Wyte is actually talking about something finally. He’s talking about he is fed up on life, his problems with his mom being sick, his girlfriend pregnant with another baby, and just the stuff that the average man probably could relate to. I didn’t say I like the song but its decent. “Ghostin” is talking about ghost riding a whip (car for those that don’t know the slang term). The beat is alright but it’s your typical new Triple 6 shit, with lyrics that are typical as well. “Do It Fluid“; I’m not really feeling this song much, its your typical rap song for this era which is beginning to depress me a lot. “Dat Boy” featuring Project Pat is next. Only thing Pat is doing is the chorus for the last muthafucking time. Why is Pat not rapping on here Paul & Juicy!!?? The beat is hot, I like the instruments on this, but the song as a whole isn’t groundbreaking at all. Skip! “Gun Do Da Talkin“; once again this is your typical song about shooting people. I like gangsta shit but sound convincing and be creative with the shit instead of sounding like everybody else. Plus this shoot’em up is getting old man! The beat is alright though, they got a baby sample on the beat and then around the 8 bar of the beat it has a saxophone sample (yeah I got good ears). “Outro“; okay this is one of the crazy outros from yours truly, DJ Paul & Juicy J. They mentioned Project Pat album and they was serious when they said the record label didn’t promote it. That’s the truth though but I didn’t think that Pat album was too hot. Also they mentioned they are looking for new artist since their roster is slimming down.

Bottom Line:
Okay overall, this album isn’t that good to me. I like his old underground albums better even though I’m not a fan of him. Hypnotize mindz isn’t like they use to be at all; they polished up their shit too much and its not the same shit I use to hear from them. It’s very different since Paul & Juicy not rapping on the album; plus they don’t have no Hypnotize Camp Posse song either. Remember back in the day they had them Prophet Posse songs when they had Gangsta Boo, Crunchy Black, Killa Klan Kaze (MC Mack, Scan Man, K-Rock), La Chat, Lord Infamous, M-Child, Indo G, Koopsta Knicca, Gangsta Blac, Skinny Pimp, T-Rock (from ATL). I think they need to get all them people reunited back because they was strong, and them people actually fitted the triple 6 style of music. If you want the real Three 6, go get the underground shit from 1991 until their mainstream shit from 97 to 2001. I also recommend Tear Da Club Up Thugs’ CrazyNDaLazDayz CD if you don’t have it, especially if you are from the South.