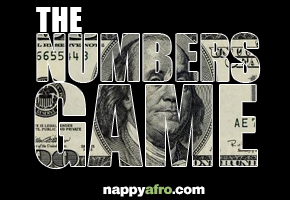 This week we have five debuts entering the charts. To be honest, their not earth shattering releases by any means. But hey, at least we have some movement. I know you all are busy listening to The Blueprint 3 & Only Built 4 Cuban Linx…II, so I’ll try to make this brief.

Ex-Destiny Child LeToya Luckett‘s second album, Lady Love, lands on the charts at #12. Even though selling 32,000 album is not Beyonce numbers (And who really does those numbers beside Bey?), I give the girl props for still being at it after being counted out; I think she’s doing better that Michelle & Kelly.

When I read that reggae artist Matisyahu‘s album Light came in at #19, I was like; “Who the hell is Matisyahu?”. But then I remembered he dropped that song “King Without A Crown” back in 2005. Not to say I listen to his music, but a far as Hasidic reggae goes, I guess it’s good.

Queen Latifah returns to the charts with her seventh album, Persona. Being that she’s a pioneer of ladies’ Hip-Hop, I’m happy to see her still at it. I don’t really have to much else to say; never was a big Latifah fan. Persona enters at #25.

The Micheal Jackson money train is still moving. The Definitive Collection dropped this week at #46 and sold about 11,000 album. Okay, R.I.P. and all that, but did you realize that 11+ compilation albums for The King of Pop are gonna dropped this year. Isn’t that a bit much?

And lastly, this week Lil’ Wyte drops his 4th album, Bad Influence. I honestly thought it was a mixtape. We didn’t review it but I’m sure nobody here is crying about that. He did move almost 5,000 copies of his album and lands at the #106 spot. I’m not hating though, get you paper Wyte!