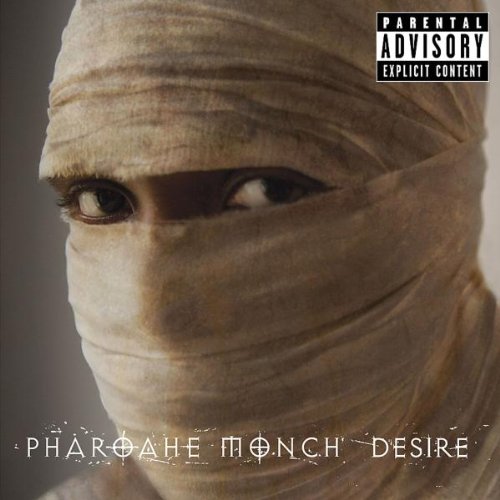 Pharoahe Monch has always been a great lyricist, but where the hell has he been? Okay here goes: His last album, Internal Affairs, was released in 1999. After a short stint on Geffen Records, a number of labels began a bidding war for the rapper, including Eminem’s Shady Records, Denaun Porter’s Runyon Ave. Records, Bad Boy Records and Sony Records. I think it was during this time he did some ghost writing (Including writing for Diddy’s last album, Press Play) In early 2006, it was announced that Pharoahe had signed a deal with Steve Rifkind’s Street Records Corporation for the release of his second album. Now after all the build up and waiting, Pharoahe Monch returns with Desire. Let’s see if the waiting was worth it.

1. Intro
The album starts with a choir singing the words “freedom”. It has a church feel and is fairly inspirational.

2. Free
The song keeps the theme going from the intro. Over a soul filledl and hard hitting beat, Monch lets it be known from the jump his flow is still on point. He uses slave trade here as a metaphor for the music industry (“A&R’s the house nigga, the label the plantation…”). Really inventive.

3. Desire (feat. Showtyme)
This song sounds like something you might play to get inspired; it’s like an anthem. The hook, done by Showtyme, sounds like K-Ci Haley. Over an Alchemist track, Pharoahe spits hard with, “My book is an ovary, I lust to turn, my pen’s the penis, when I write the inks the sperm”. Real Hip-Hop.

4. Push (feat. Showtyme & MeLa Machinko)
The theme of this album is already really soulful. This particular song sounds like it could be on an old Sam Cooke album. Monch along with Showtyme and MeLa Machinko sing for a half the track. Monch comes on towards the end and does his thing. Another victory.

6. What It Is
This one showcases Pharoahe Monch’s complex delivery and multi-syllabic rhyme scheme over a simplistic beat; think Biggie’s “Warning”. Not bad.

7. When The Gun Draws (feat. Denaun Porter)
Monch plays the role of a bullet here. This definitely has been done before (Remember Nas on “I Gave You Power”). Pharoahe still does a good job though. The hook by Denaun Porter is suspect.

8. Let’s Go (feat. MeLa Machinko)
This uses the same sample as Fat Joe and Just Blaze’s “Safe To Say”. It’s a more upbeat track that some people will remember Monch rapping on like “Simon Says”. He does some creative things here like using phone company names as metaphors in the second verse.

9. Body Baby
This sounds like some shit that should have been on Idlewild… and that’s not necessarily a good thing. You might want to check this out; I’ll pass.

10. Bar Tap (feat. MeLa Machinko)
Monch talks about meeting a girl at the bar. This might be the closet thing to a club song you get on this album. I personally think this is not Pharoahe Monch’s specialty. He should stick to what he does best and this is not it.

11. Hold On (feat. Erykah Badu)
This starts out with Badu talking to her child about having self respect. Monch raps about holding on and getting over life problems. Badu does the hook. Good message.

12. So Good
This song sounds laid back; something you can play for you lady. It’s real mellow though; like Jill Scott might come on and sing at any moment. Nice track.

13. The Trilogy – *Act 1: Cops Coming *Act 2: Revenge *Act 3: Evil Eyes (feat. Denaun Porter, Dwele, & Tone)
This song is like a damn movie! Running at over nine minutes, Monch really gets his Slick Rick on. The story and song are actually really dark. He tells the story but what makes it better is that he tells it out of sync. It’s a tale about Pharoahe Monch coming home and finding his wife dead, but of course that’s not the whole story. It’s so well done that you might want to listen to it twice for the full effect. This is real music assholes! Take notes.

14. Agent Orange
I heard this track back in 2001 and it is produced by Sa-Ra. It fits the album but it feels more like an after thought.

Bottom Line:
I’m happy that Pharoahe Monch could make his long waited return with a first-rate album. But let’s be real, this album will be over looked and won’t make much moise on the Billboard charts. That aside, people should give this album a chance. It has very few missteps and is really what the rap game needs right now. A very good and thought out effort.