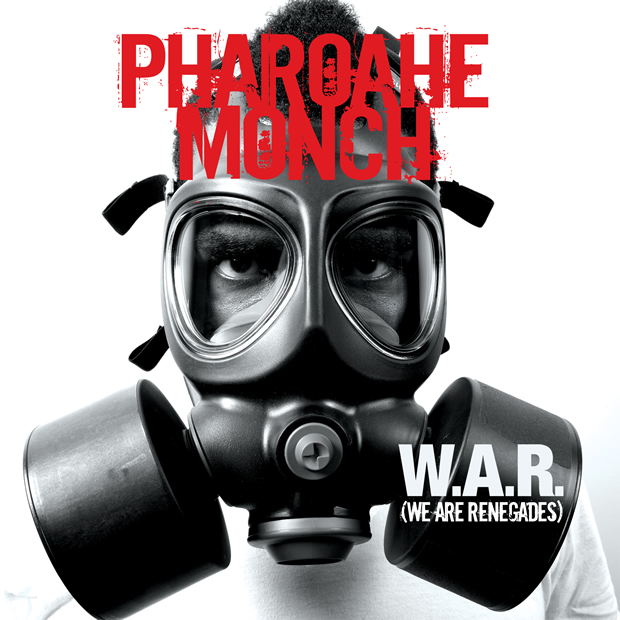 His second solo album Desire is one of those albums that I play and folks always ask me “Who’s that?” It’s a damn shame how this guy is respected so highly in the circle of Hip-Hop, but dismissed by the masses. He’s beyond talented and is respected to those inside the game, as one of the elite emcees . But that doesn’t give him a pass right? The game is filled with people who have talent but put out albums that don’t speak to their potential. The result is us with a receipt and a frown. So let’s be fair, it’s been almost a solid 4 years since he’s dropped a solo joint and the game has changed a lot. Let’s check out the album and see what he brings to the table this time around.

2. Calculated Amalgamation
Produced by Lion’s Share Music Group
By definition, this song is presented as a calculated attempt to unite many different “things” into one. In this instance (and forgive me for trying to explain Monch) he’s uniting the Hip-Hop nation against this inferior product that is being put out and touted as Hip-Hop…at least that’s my take on what he’s saying. Like most Monch songs, there are more quotables than I can type but the track fits the title and message as it’s revolutionary and dramatic. This is a great way to kick off the album.

3. Evolve
Produced by Exile
The foundation Exile lays with this track is dope. It’s dark, gritty, layered and just as dramatic as the first song on the album. Around the minute and a half mark, some horns are introduced and the track picks up a bit more depth, it’s really well produced. Monch does some things on this one lyrically that I’ve never even heard. I listened to this joint at least 15 times trying to pick out something to quote, but this is not punchline rap. I mean that to say that more times than not, his lines are related to the line before it to take a part of it on this one, would short change the song. So take my word for it, this song is insane and you need it in your life.

4. W.A.R.
Featuring Immortal Technique & Vernon Reid; Produced by Marco Polo
Just upon seeing the features on this song, I’m ready to suit up and take to the streets. We already know what to expect if not by song title, but by feature. This is no smoke and mirror job here, the song is just as the title suggests. The enemy is attacked with heavy lyrics and intellect over a track that promotes marching in unity. This time, the enemy isn’t just Hip-Hop, it’s the system that is set up across the word, the government, and the overall control of people by the system. If the track and the lyrics aren’t enough to incite you to fight, then the guitar riff Vernon plays will definitely do the trick.

5. Clap (One Day)
Featuring  Showtyme & DJ Boogie Blind; Produced by M-Phazes
Sometimes, a video is done so well, that it explains everything about the song. If you can’t understand this one after watching this, you’re not trying.

6. Black Hand Side
Featuring Styles P & Phonte; Produced by Mike Loe
Up to this point, the album has been heavy both lyrically and musically, so this change of pace is welcome. It sports the same social commentary but with a much more reflective tone instead of being the protagonist to action that the album has had up to this point.

7. Let My People Go
Produced by Fatin “10” Horton
I’m confident that you’ll be singing along with the hook by the time it comes around. It’s not hard to figure out what this song is about but the “how” is what gets over on this song. The track features some backing by someone that sounds like Cee-Lo if it’s not him, and some soulful production that dares you to sit still. You’ll feel this song one way or another, either in your feet or in your soul…this is with the understanding that you have a pulse.

8. Shine
Featuring Mela Machinko; Produced by Diamond D
Mela sings with soul and determination on the hook, unfortunately, the track trips up this song. The bells and drums on this one become annoying quickly and are a bit too heavy handed on this song. Everything gets lost and nothing but the track is noticeable. That’s unfortunate because you know Monch is spittin’ but I can’t deal with the track at all. SKIP.

9. Haile Salassie Karate
Featuring Mr. Porter; Produced by Samiyam
It appears that the album has moved from action and revolt to reflective and brooding. While Pharoahe is no less visionary with his lyrics, the track is really thick  and syrupy with a sprinkling of soul provided by Mr. Porter. At less than two and a half minutes though, this comes across as a interlude and before you can think too much about it, it’s over.

10. The Hitman
Produced by M-Phazes
And were back to the program. I assume this begins the other end of the sandwich that has become this album as we return to the boom bap and action as well as setting our sights on the music  machine. One of the illest examples of rhyming is when he says:

He’s not naming names but he takes shots at leaked nudes and sex tapes for publicity. This is hilarious because a certain artist leaked some nudes about a week before his album came out and I told my someone, that’s what happens in the biz. If you go back and look, if you see some naked flicks of an artist, it seems to happen right around the release date.

11. Assassins
Featuring Jean Grae & Royce Da 5’9″; Produced by M-Phazes
This is by far, my favorite track on the album and without hearing a single bar of the Big K.R.I.T. album yet, this is my favorite Hip Hop song this year. From concept to execution, there is nothing I’d change about it. Royce spits the line of the song when he says

“You claimin’ that you flow like water/But really y’all niggas Evian backwards.”

12. The Grand Illusion (Circa 1973)
Featuring Citizen Cope; Produced by Adam Deitch & Eric Krasno
I would have been fine with the album ending with the last song. While this one isn’t bad, it follows a song with a completely different tone and tempo which just make this song seem like it came out of left field. I think it’s a good song, but even in musical context with the rest of the album, even with the soulful sounds in the middle, this one doesn’t seem to fit. Lyrically, it does, but musically, it’s from another album.

13. Still Standing
Featuring Jill Scott; Produced by M-Phazes
I like when Monch works with female singers, they tend to offer some balance for his gruff persona and deep lyrics. This song is no different, unfortunately, it comes at the end of the album. I think it would have sounded more at home in the middle where the album slows down a bit. When you get passed that though, it’s a really good song and if it weren’t for “Assasins” earlier, it would be fantastic end to the album.

Bottom Line:
I told King Jerm on Facebook, this album is a slow burn. What I mean by that is that it takes a few spins to digest. We all know Pharoahe is one of the most complex lyricists in the game so this isn’t new, but he’s stepped it up a notch on this album. As he stated on the album “Raised the bar so high that even the bar is afraid to look down”. If you’re listening critically be prepared to spend a good portion of your day with the rewind button. I don’t know that this will appeal to passive listening too much. The tracks are good and bad, but as with all Monch albums, the lyrics are the star.  I’ll admit, this is a mood album. It’s very socially centered and those type of albums don’t tend to get much love nowadays as the deisre for commercial content has prevailed…this ain’t the 90’s. Even with missteps, this is a great Hip-Hop album that most of the commercial audience will sleep on yet again. It’s funny, we all complain about good Hip-Hop, concepts, and lyrics, and yet, albums like this come out and it probably won’t chart. If you love Hip-Hop, pick up a copy today!