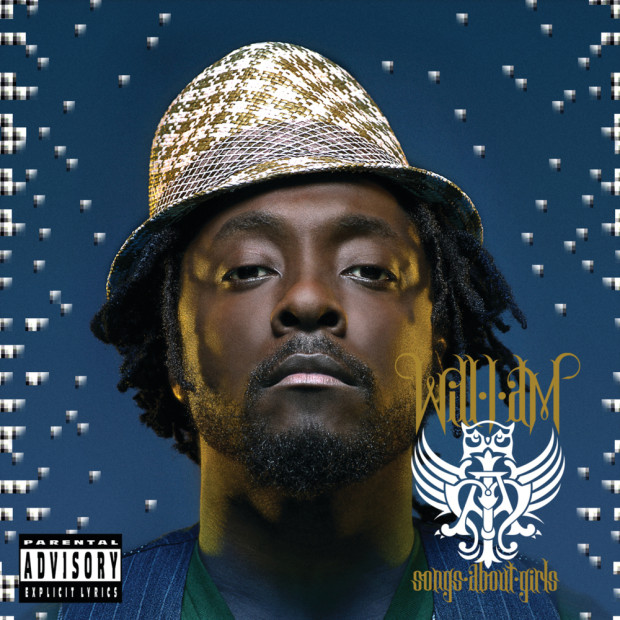 I miss the days of Black Eyed Peas. The days of “¿Que Dices?”, “Love Won’t Wait”, “On My Own”, “Cali to New York”, and “Weekends”. Back when the movement was largely underground. Back when they rolled into an IHOP in Atlanta, as “that group with that guy with the long hair”, and bought every ones dinner in the place. I have nothing against Fergie, personally, just what she meant to those memories. The group was now commercial, which is fine and good if that’s what you want. I mean, “Where is the Love” is a really good song…on the contrary though, if I heard “Let’s Get It Started” one more time, I think I would have caught a case. However, as an artist, I realize that you must evolve and make moves. As I anxiously await the release of the next BEP project in Oh Eight, will.i.am has stepped out of the group, and onto the bright lights of the solo stage. He has been preparing us for this for over a year with his various production tracks and guest spots.

“Over”. This song starts off sounding like an Andre 3000 inspired track in that, hey, its MUSIC. Will kicks it with that same fun and energy with lyrics like I just cant get over / the simple lil’ fact that the love is over / I thought me and you was gon’ get older / go half on a baby and mold her. Good song.

“Heartbreaker” in which he talks about how he feels for being one. It’s a lot happier than the title would suggest, and I’m sure we have all been here.

“I Got It From My Mama” features Fergie singing that as the hook. Will keeps it fun again though and the Fergaliciousness of the call and response will make the club scene, easy.

“She’s A Star” where Will waxes poetic about the current apple of his eye. High on love darlin’ / we don’t need to take drugs / put away the alcohol / kissin’ got us feelin buzzed. Ah, new love is so fun right?

“Get Your Money” which instantly reminds me of the 80’s. I am all on board now. It’s a lightly produced keyboard heavy song that features Will doin’ a Pharell-esque hook. Make no mistake, this song is about that body and uh, makin’ it work for you, ahem. Brilliant plan, Skrippers and clubs eh’wur gonna be on this one.

“The Donque Song” featuring Snoop Dogg comes on talking about She got a big ole’ butt / I like the way she move it / come be my buttercup / and let me butterscoop it. I like a booty praise song just like any other hetero male, but…this song is booty. SKIP.

“Impatient” is the next track and it comes on sounding very Jamiroquai like…always a good thing in my book. Too bad he says nothing but I can’t wait over and over. SKIP.

“One More Chance” is the next song and it appears that the CD is reading like a story. Will is asking for another shot to be a better man and her man again. Back to the fun sound and feel good music that preceded the last two skips.

“Invisible” is more mellow track, but it’s a great song about relationships and problems. Based on the success of Gym Class Heroes I think this will be the next single as it kinda puts me in the mind of “Cupid’s Chokehold”, really good song with the singing will.i.am. Probably my favorite on the CD.

“Fantastic” features a sample of Jackson 5’s “I Want You Back” and is well done also. This is that song after she pisses you off and you are just like, “I’m alright, I’m good, one love, peace, leave me alone, I said I’m good, bounce, woman….” Yeah, you know the feeling.

“Fly Girl” where Will again sings her praises and thinks back on the good times, you tease and blow me kisses / I play call you misses / I miss the way you hug me when you when you whisperin’ ya wishes.

“Dynamite Interlude” is next, another praise song…er’ interlude that is.

“Ain’t It Pretty” seems that Will is back in love with the girl. The phrase “tig ole’ bits” makes this song so INSTANTLY it gets a thumbs up from me.

“Make It Funky” comes on and it is, well, funky. THIS will really get rotation in the clubs. I can see the jeans and button ups groovin and grindin’ to this one. I don’t know how this one follows the theme or story of the album, but nonetheless, it’s a nice club song.

“S.O.S” is a song about Mother Nature. It’s the only track that really shows the OLD Will and his skills as an emcee. It’s a stark contrast to the rest of the album, however, a great song. Gas is risin’ up and we keep on fillin’ up / the CO2 levels got the whole planet heatin’ up / …When an Eskimo gets bit by a mosquito / somebody in Miami will get swept by a Tsunami.

Bottom Line:
Songs About Girls takes you through the typical relationship from the end back to the beginning, again. From the break up, to the regrets about the break up, the feeling of nostalgia, then the begging, then back to love. Familiar subject matter and fun beats keep this album fresh and solid. Will doesn’t flex his lyrical muscle here, but he is more playful and fun, kinda like Nice and Smooth meets Andre 3000 from The Love Below CD. The music lends itself very well to the club scene because it is VERY danceable…my chair is glad the CD is over. All in all, solid CD if you want some light fun hip hop and radio friendly music.