The Numbers Game: Weezy Does A Milli-ion 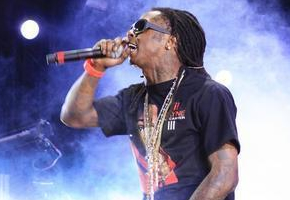 Unless you been under a rock for the past week (Or just really dislike Hip-Hop), you know that it was projected that Lil’ Wayne would sell a million copies of Tha Carter III. Well, he did. Love him or hate him, you gotta give it him; in today’s Hip-Hop/Rap climate, selling a million copies of anything besides ringtones is crazy. I guess when you all were out buying Tha Carter III, some of you purchased Plies new album too because he also did good at the registers last week. We also got numbers for Tyga’s debut (Which most of you obviously didn’t care about). Let’s go…Oh yea, before we get into the numbers; Where the hell are Little Brother, Keak Da Sneak, Jean Grae, Speedknot Mobstaz, & JR Writer? Damn! Now let’s go…