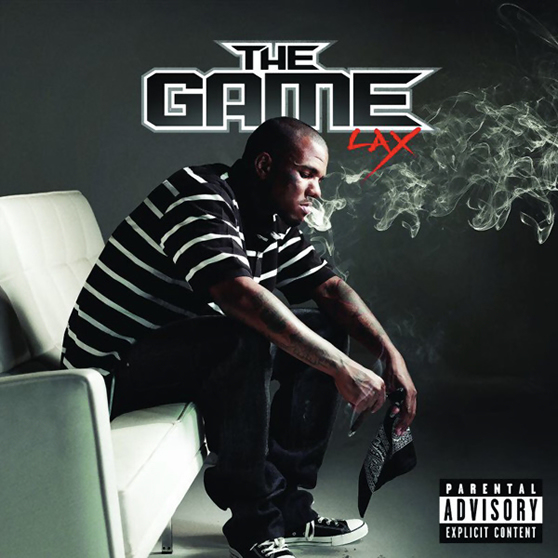 It’s been 3 years since The Game dropped his multi-platinum debut The Documentary. Since then, a lot has changed for the Compton sensation. He’s beef with a plethora of rappers, gotten/covered up numerous tattoos, been seen on multiple magazine covers imitating suicide, cried publicly about Hip-Hop and Sean Bell, released a sophomore album entitled Doctor’s Advocate, and drop a bevy of songs for the streets (And the internet). You can say a lot of things about Jayceon Terrell Taylor, but one you can’t say it that he’s predictable. This may be the one of the many reasons his new album, L.A.X., is one of the most anticipated albums of 2008. As with past releases, L.A.X. comes packed with guest appearances as well as A-list producers. Will this be the album that cements The Game’s spot in Hip-Hop? Will this be Game’s last album? Is he still constantly dropping names in his rhymes? Let’s find out…

1. Intro
Featuring DMX; Produced by Ervin “E.P.” Pope
“Devil! We rebuke you in the name of Jesus!” The Game goes and gets DMX to pray for his soul on the intro. It’s works since both have a lot of similarities (You know, saying one thing and doing the opposite). It’s an alright intro, but isn’t this like getting Pastor Mase to pray for you to break away from your transvestite addiction? I’m just saying.

2. LAX Files
Produced by J. R. Rotem
This type of song is perfect for the “jump off” of the album. The songs has The Game explaining about his hometown and his environment. He even goes as far to say he’s met the real O-Dog from Menace II Society (maybe it’s just a metaphor or he’s talking about Larenz Tate). The piano driven track plus the hook deliver a success. Oh, and the name dropping meter is on high.

3. State Of Emergency
Featuring by Ice Cube; Produced by J. R. Rotem
J. R. Rotem turns in back to back production credits and once again constructs a well crafted track. The song could have been placed elsewhere on the album since it covers the same topics as the last. Ice Cube doesn’t have a verse but him and Game go back and forth on the hook. The song is in fact good but if I was to split hairs here, I would point out that The Game says Ice Cube had jerri curls in 1996 and Shabba Ranks performed the song “Flex”.

4. Bulletproof Diaries
Featuring Raekwon; Produced Jelly Roll
I think it’s cool that The Game actually put Raekwon on the album. The song seems like it was collaborative effort; no mailed tracks here. The production is cool with me; it would have been better if it didn’t feel off beat during the verses. Both performers don’t seem out of place on the beat even though the title is very Raekwon.

5. My Life
Featuring Lil’ Wayne; Produced by Cool & Dre
This is the official third single off the album and is the mandatory Weezy feature. The beat on this is one has a solemn yet “theme song” feel to it. While I never loved this song, I can see how some people do. Lil’ Wayne gets to do more of the vocoder singing he loves which most of the time leads to commercial success. The lyrics seem kina hollow to me for some reason. The intro to this song adds to the feel of the song and pays homage to Bigge’s “Warning”.

6. Money
Produced by Cool & Dre
When I first listened to this album, the first song I loved was this one. The Game rides this beats perfect and stays on subject. The constant sample of “money” in background adds to the sickness. The line of the song: “I used to only sell 8’s like that Laker nigga/Now I’m moving 24’s like I play at the Staple Center”. Good song.

7. Cali Sunshine
Featuring Bilal; Produced by Nottz
I most of the time like production by Nottz and while this isn’t bad, I just never gotten into this song. The Game also sounds like he just dropping names to drop names (He drops Jazze Pha & 50 Cent in the first two lines). Also, wouldn’t it be better if he got a singer who was actually from Cali? It’s not a skip though; just not for me.

8. Ya Heard
Featuring Ludacris; Produced by Nottz
At first I was shaking my head; “Please tell me they didn’t sample ‘Jam On It’”. But thankfully the beat changes up after the intro. While the beat is very West Coast, I never got into this one either. Luda does his thing though and turns in a good performance but the beat can get kinda boring after a few plays. This isn’t a skip either; just another one I can’t get into.

9. Hard Liquor (Interlude)
Produced by Ervin “E.P.” Pope
This skit gives perspective of a night at the club as The Game.

10. House Of Pain
Produced by DJ Toomp
DJ Toomp shows some versatility here as Game rides over this roller coaster of a beat. At first listen, I was moderately impressed but on further listening, I realized this is a banger. The hook is on some Dr. Dre shit too. It also shows that Game can hold it down without a major feature: “My pops wasn’t around so this bastard/Bleed California from the cradle to the casket”.

11. Gentleman’s Affair
Featuring by Ne-Yo; Produced by J. R. Rotem
This one is definitely for the ladies. I also realize that Ne-Yo does his thing on these Hip-Hop songs (Shit, his hook on “Bust It Baby Pt. 2” was the only reason the shit ever appeared on my iPod). Like I said, the song is for the women folk so I can’t really be expected to love it right. It’s a serviceable song.

12. Let Us Live
Featuring Chrisette Michele; Produced by Scott Storch
The beat is classic Scott Storch as Game explains about his side of town (To me he sounds like Nas here). The bass line on this one is mean. Even though I love Chrisette Michele, I don’t know if her voice is right for this track. Other than that, the song is first-class.

13. Touchdown
Featuring Raheem DeVaughn; Produced by 1500 or Nothin’
If you are counting at home, this is the third straight song featuring an R&B artist. For some reason, I thought this song was about football. To my surprise it was another song for the ladies and what happens when your plane lands. The song could very be taken a Raheem DeVaughn track that features Game since DeVaughn seems to have more face time. The actual song screams radio play/club and does that well.

14. Angel
Featuring Common; Produced by Kanye West
This definitely doesn’t sound like a Kanye West produced track…and that’s not a good thing. I understand the theme here but the track is just boring. I was disappointed since I’m  a Common fan. Also when Game starts rapping on the second verse, turn off your name dropping meter; mine broke.

15. Never Can Say Goodbye
Featuring LaToya Williams; Produced by Ervin “E.P.” Pope (Co-Produced by The Game)
This reminds me of what Reks did with “All In One (5 Mics)”. The Game mimics three departed rappers right before their demise (2Pac, The Notorious B.I.G., & Eazy-E). This track really shows Game’s creativity and since he constantly drops the names of the three rappers it makes since. The Eazy impersonation wasn’t the best due to him using a more simplistic flow. Also, isn’t LaToya Williams reliable as shit when it comes to R&B hooks?

16. Dope Boys
Featuring Travis Barker; Produced by 1500 Or Nothin’ (Additional Production by DJ Quik)
This was the song that initially got my eager for this album and is probably my favorite track off the album. With the drums of Travis Barker the beat is sick and has shades of Nas’ “Made You Look” in term that both songs are both street and club approved. Excellent song.

17. Game’s Pain
Featuring Keyshia Cole; Produced by Knobody & Dahoud Darien (Additional production by Ervin “EP” Pope)
For some reason, I never liked this song. It’s like another version Keyshia Cole’s “Let It Go”; all you need is Missy Elliott. This was the first single and I think it never really caught on. It’s not a horrible song; I just think The Game is going through the motions as he once again raps about “back in the day”.

18. Letter To The King
Featuring Nas; Produced by Hi-Tek
I just realized that this is the second straight Game album that ends with an introspective Nas featured song. As for the production, you can almost never go wrong with Hi-Tek. This is no question one of the stand out track off the album. For almost six minutes Jayceon and Nas reminisce about Martin Luther King’s legacy as well as others. This is a great way to end the album (Especially since I eat stuff like this up).

19. Outro
Featuring DMX; Produced by Ervin “E.P.” Pope
More of what we got from the intro track.

Bottom Line:
While this is no way a perfect album, it can easily be placed as one of this year’s best. Like the two previous Game albums, L.A.X. is full of all-start guest features and producers. The Game didn’t really branch out from previous outings but still maintains the quality level. I hope in the future, The Game shows more artistic growth and venture outside of his comfort zone. Besides the obvious drawbacks (See “name dropping”), the album does boast slick production; that alone is almost worth the price of admission. All in all, you can chalk another one up for the The Game, Gangsta Rap, & the West Coast.