Ne-Yo – Year Of The Gentleman 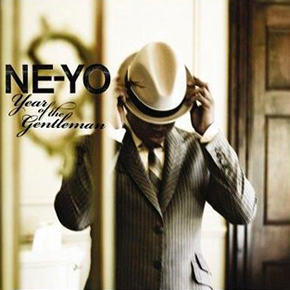 Right before our eyes, the lines of pop, R&B, and Hip-Hop are fast blurring as rappers are singing more and more, singers are rapping, and rock artists are getting more cameos on rap songs. Music is growing up, what a great time to love music. We focus on Hip-Hop here at the Fro’ but don’t get it twisted, we love music. Such is the case with this artist and CD.

I’ve always thought Ne-Yo was a great talent and complete artist. From being able to write lyrics that reach back to days when songs were composed of emotion and not just sex, to being able to arrange a song with complex simplicity that slowly gets to you before you realize it. When I heard his comment that he was getting bored with “urban” music, I was hurt…and pissed. As much as we like to sugar coat things today, urban (in anything other than geography class) means black. To hear an artist that was loved and pushed by his success with such music was very disheartening. I felt like he was turning his back on his main base and kicking us in the privates while doing it…a low blow.

I don’t know if I have ever been more wrong. I think what he was saying is that he had effectively put himself into a corner with his guest spots and success of certain songs that was starting to become commercial and successful for the wrong reasons. With his latest effort, Year of the Gentleman, Ne-Yo forges ahead into new territory.

Unlike the popular trend of making music for the house/dance crew, Ne-Yo returned to making music that fits probably more into that pop realm but only because it doesn’t sound like anything out there right now. The sexuality that is prevalent in urban music is missing and while the sincerity of older soul music is there, the sound is clearly not your parents soul music.

By this time, we’ve all heard “Closer” and “Miss Independent” and it would seem that he’s focused on the dance floor too, but don’t put him in a category just yet. Songs like “Mad” do a great job of painting a picture complete with emotion and truth that anyone can relate to without the musical swamp that is bass and synth. Another great song on this album is “Why Does She Stay”. This song talks about those relationships when you KNOW you are the one wrong, but they keep putting up with the lopsided relationship when you could do so much more to make things better. This song is my favorite on the album. If you can’t relate to this song, you are either single, never been in a relationship, or just plain lying to yourself.

Bottom Line:
The entire album is a celebration of music that most anyone should be able to enjoy. I think it sounds a lot like Michael Jackson’s Off The Wall album with the writing and of course, the way dude sings. He’s made no bones about saying that MJ was a major influence in his career, and he’s doing him justice. This album is a LOT better than most folks realize and I can’t wait to see what kind of numbers it does. All you music lovers need to make sure you get a hold of this, and make sure you Turn Yo’ Headphones Up.