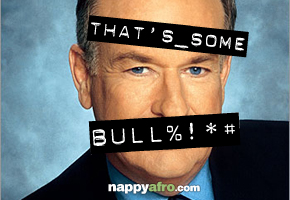 That’s right folks, it’s about that time again to sort through the massive pile of bullshit that’s occupying space in the music industry and other areas of the world. I couldn’t wait for October to arrive to bless y’all with another edition of That’s Some Bull%!*# as there were some matters the clearly needed to be addressed and couldn’t wait. I may end up doing two editions per month as there is enough bullshit going around to supply plenty of material for it to happen. Well enough of the small talk, let’s get down to business with this 2nd edition of the most outspoken individual since Bill “Mr. Bullshit” O’Reilly (lol).

After reading a recent posting by B-Easy regarding VH1’s 100 Greatest Hip Hop Songs and seeing the complete list from 100-1, I was in total disbelief to what I saw. Their list of the “100 Greatest Hip Hop Songs” is complete bullshit without a doubt. I really want to know the heads that got together and decided on that as the final official list to put out cause I want to personally kick all of them in the throat. “Get Low” (Lil’ Jon & The East Side Boyz), “Oh Boy” (Cam’Ron), “Hard Out Here For A Pimp” (Three 6 Mafia)…how can these songs be considered the absolute greatest of all-time for Hip-Hop. A genre which dates back all the way to 1979 has produced far too many great songs that weren’t even included on the list. Now this isn’t the first bullshit list that I’ve seen nor will it be the last that we’re graced with. Remember MTV’s Hottest MCs In The Game and Vibe magazine’s current Best Rapper Alive Tournament; those were both some bullshit lists to the highest degree. I have come to the conclusion that these TV networks and magazines that are supposed to be associated with urban music are way out of touch with the genre. Most of these lists are catered to include more mainstream/commercial appeal than real Hip-Hop. Honestly I’m really getting tired of seeing these bullshit lists and tournaments as they are very inaccurate and far from being considered official. I mean everybody has their own opinion and views especially regarding Hip-Hop’s best and greatest so why not just do away with all of the lists and categories all together. If you ask a group of people their Top 5 Emcees of All-Time the lists will never be the same as you’ll get a wide range of names from 2Pac to The Notorious B.I.G. to Jay-Z to T.I. to Lil’ Wayne to Kanye West to Young Jeezy to The Game to even Soulja Boy (yeah I said Soulja Boy, go ask that to a 14 year old and he’ll be on their list). I don’t think a composite list could ever be created with everybody agreeing completely; so just let everybody have his or her own personal lists.

For the past two weeks I have been getting mass emails and text messages telling me about the concept of “campaigning” and how it could greatly affect the outcome of the 2008 Presidential Election next month (damn, we’re one month away from a new president and the end of the “terror era” know as George W. Bush’s term…FREEDOM!!!). This concept of campaigning is an interesting one and something that should have been talked about a long time ago. Basically campaigning means on Election Day you can’t:

2. Distribute or display anything showing political party or candidate names.

3. Cover up or take down all election signs.

There are more rules to this concept that can be read about at (http://www.elections.org.nz/news/ceomedia-election-day-rules-150905.html) and I think this is something that everybody should be aware of especially supporters of Barack Obama. McCain and his party know how much African-Americans are supporting Barack Obama and they know that we purchase and wear T-shirts, buttons, hats, and anything else with his name and/or picture on it to show our support. They know that people would wear this attire to the polls on Election Day to show great support for victory and since there hasn’t been much talk about this concept a lot of us don’t know about it. If you are caught campaigning on Election Day you are not allowed to vote and this is the election where we need all the votes to count. I really think it’s some bullshit how McCain and his party is counting on this concept to help them pull off a victory for the Republican Party in McCain becoming the next president. They have been making sure their party members know about this concept and have been in the background laughing at all of the Obama supports who buy shitloads of Obama gear and wear it everywhere they go (that’s some real shady shit McCain!!!). We really need to spread the word around about campaigning and not let it be a factor in this all-important election.

If you ask people to name some classic Hip-Hop albums you’ll get answers like Illmatic, Reasonable Doubt, Ready To Die, All Eyez On Me, The Low End Theory, Paper Trail, The Recession…wait did you say Paper Trail and The Recession?!!!?? Those albums were just released last month, how can they be classics already? My point exactly, Paper Trail was just released yesterday and people are already labeling it a classic….BULLSHIT!!! I think that the term “classic” is used and thrown around too often in the genre of Hip-Hop as everybody quickly labels an album as a classic as soon as it’s released. According to my knowledge, a classic album is one that you remember vividly some 10 years after it was released and it still gives you the same feeling that it did when you first listened to it. I know that every time I listen to Illmatic and Reasonable Doubt in their entirety I get a chilling feeling throughout my body as both the lyrics and beat take me to another place mentally. I can listen to those album and recite every lyric perfectly and on time while understanding the depth and message of each song beyond its surface. It’s been over 10 years since those albums were released respectively and they are both as superior as they were on their original release date. A classic album is one that other emcees state as something that inspired and motivated them to want to start rapping much to the likes of Ready To Die or ATLiens. An album has to have time to settle before it can be considered a classic and this settling takes some years…not one day or a month after it’s released. Listen to The Recession or Paper Trail some ten years later in 2018 and see if you still have the same feeling and reaction that you had on September 2 or September 30, 2008. That will really let you know whether that album is a true classic or if it was crowned just too quickly. I don’t think there will be a 10-year anniversary special for Paper Trail or The Recession as a groundbreaking album like there was for Reasonable Doubt and why do you think so many people want Nas to go back to his Illmatic days and style of rhyming. If you notice with Illmatic and Reasonable Doubt, neither Nas nor Jay-Z has been able to create another album of that caliber or go back to that way of rhyming…because that time for them was so special and different. There’s no way that they could recreate the feeling of those albums. But The Recession and Paper Trail, Jeezy and T.I. could recreate those albums and make even better albums. So let’s put a pause on the word “classic” for a while and stop being so quick to use it for everything. It’s 2008 and 10 years ago was 1998…It’s Dark And Hell Is Hot (DMX), Capital Punishment (Big Pun), Aquemini (Outkast), The Miseducation Of Lauryn Hill (Lauryn Hill)…CLASSICS!!!!