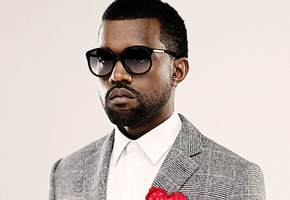 Once again there’s no surprise that Kanye’s 808’s & Heartbreak captured the #1 spot this week, but there is a question: Yes, it sold over 400,000 copies but what does that mean? With all the hype, speculation, and promoting, doesn’t that seem a little low? I mean, didn’t the sound of the album go for a Pop-like and universal feel? I just hope Mr. West didn’t loose his regular in an attempt to gain new ones (He sold more when he was rapping). Also debuting this week is Ludacris’ Theater Of The Mind at #5. While I don’t think anyone thought he would outsell Kanye head to head, 200,000 copies sold ain’t bad (But then again that album also got a lot of promotion…). The third Hip-Hop album to debut in the Top 100 in E-40’s The Ball Street Journal. I personally think that for this to be E-40’s 11th album, 30,000 album sales ain’t bad either. Beyonce moved down to #4 but still sold more copies of I Am…Sasha Fierce in her second week that Luda in his first. I guess no one told T.I. & Lil’ Wayne about the album sales’ recession because both are doing great. T.I., already Platinum, is at #16 and is already halfway to 2X Platinum while Weezy at #39 looks like he might go Trible this year (Especially after those 8 Grammy nominations). But it looks like T-Pain’s Thr33 Ringz might not even go Gold at #21 with only 278,300 in three weeks (But that’s still better than Ace Hood; Where the fuck did he go?). Check back next week when we see how Scarface and Akon fair.