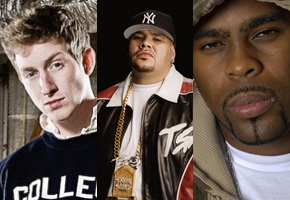 Wow. It’s been a while since I did an iPod Hustle. The last time I did one of these it was 2008 and it featured…Norah Jones? Okay, let’s make this one good then. For the newcomers (And there are some of you), iPod Hustle is where I look on my iPod and see what I’ve been listening to lately. Sometimes it’s new, sometimes it’s old; whatever. This edition we have sorta new songs (Released in the last month or less): Asher Roth links up with the “Broad Street Bully”, Fat Joe flips a Hendrix sample, and Crooked I jacks some beats. Let’s go… 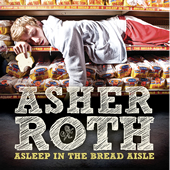 Asher’s debut album, Asleep In The Bread Aisle, is dropping April 20th and the tracks that I have heard so far, I mostly like (The jury is still out on that Cee-Lo joint though). I didn’t expect to see him on a song with Beanie Sigel, but I ain’t mad neither. The song is hot. Plus, Sigel uses lines from the freestyle he did at Max B’s house (Which was also hot). I think everybody is wondering what kinda reception Asher’s album gonna get (You know, with all the Eminem comparisons and what not). I know I’m checking this one out; the kid can flow. 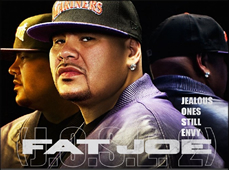 At this point, to me, Fat Joe is hit or miss. He still makes songs for the radio, but most of the time, I’m not feeling those song. The Elephant In The Room was okay, but I really liked “Preacher on a Sunday Morning”. On “Hey Joe”, this is the Fat Joe we need. Not that “Let’s do a song with whoever R&B’er is hot right now”. Producer Infamous flips a Jimi Hendrix’s sample and Joey goes in. This reminds me of “Victim”. Jealous Ones Still Envy 2 drops on May 19th. 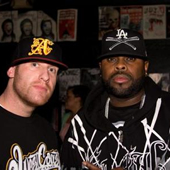 I’ll admit it, it took me a while to give Crooked I a closer listen. I respected his Hip-Hop Weekly series and mixtapes, but sadly if it wasn’t for Slaughterhouse, I never would have known how dope he really was. Plus, I’m a sucker for “Jackin’ For Beats” type songs: Biggie, 50 Cent, shit, I even thought Sticky Fingaz’s version was hot. Crooked hooks up with Portland’s own DJ West to make a banger here.