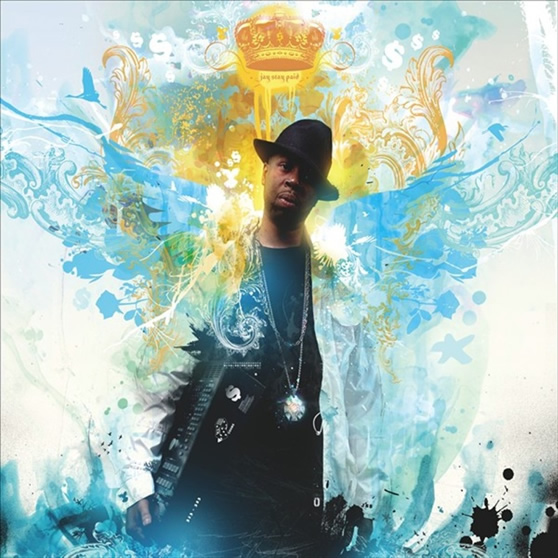 While some might be trying to figure out if this is a standard album review by nappyafro terms, I’d like to introduce you to SpeakerHead’s Boomin’ System (props to LL circa 1990). SpeakerHead (aka SBK) is a nickname that I picked up for my love of music and constant collection of it from vinyl to CD to cassette to mp3’s. While sneaker heads are coppin’ the latest Jordan Package or AF1’s, I’m at the record store getting that rare 45 or foreign soundtrack. This is designed to highlight albums that are currently getting play in my boomin’ system and to review them overall rather than track-by-track like the standard ‘fro album reviews. So to kick off the initial review we’re going to look at the latest album from a producer on my Top 5 list in J Dilla’s Jay Stay Paid.

One of the best music producers of all-time is back at it again, this time teaming up with another legendary producer in his own right. J Dilla’s mother (Maureen Yancey aka Ma Dukes) called up legendary Hip-Hop producer Pete Rock to oversee this project and it would only seem fit as he was considered Dilla’s only musical idol. It’s great to see Dilla’s mother so involved with her son’s work in making sure that his legacy remains strong and relevant while not letting it become tainted by folks in the industry looking for $$$. We’re gonna continue to raise it up for Ma Dukes and support Dilla no matter what. Combine material from old disks, DATs, and beats produced by J Dilla while he was in the hospital battling Lupus and you get the next chapter of his legacy entitled Jay Stay Paid.

This album follows the format of a radio station (cleverly named KJAY) with Pete Rock serving as the Host in delivering unreleased and unheard J Dilla productions as well as newly composed songs by various artists. With the amount of J Dilla posthumous albums and compilations being released (Jay Stay Paid, Dillanthology 1, Dillanthology 2), some people might think we’re headed towards the “Pac Syndrome” with Dilla’s music. But in reality it’s far from that as the releasing of these albums and compilations displays an individual that worked on his craft passionately and took care in perfecting it. These projects continue to add to the growing legacy of J Dilla as it also those that didn’t recognize and appreciate his talent while he was still alive or even take the time to listen or know that they’re favorite song was produced by him, to understand how special he was and why he’s so sorely missed by the Hip-Hop community.

On this album we are blessed with unreleased beats that not only showcase Dilla’s soulful side (“Coming Back”, “Mythsysizer”) but his experimental side as well (“On Stilts, “In The Night (Owl N Out)/While You Slept (I Crept)”). Not to be labeled as the same style as his Donuts album, which was an instrumental album, this album features choice emcees droppin’ rhymes over Dilla beats. As with other artists’ posthumous albums (2Pac, The Notorious B.I.G.) you usually get songs featuring artists that either don’t sound right on collaborating with them or wouldn’t have worked with the artist if they were still alive. But with songs on this album it works, as many of the artists are those that previously worked with Dilla (Black Thought, Blu, Frank Nitty) and the ones that didn’t have a chance to collaborate with him don’t sound out of place (Lil’ Fame of M.O.P., Havoc, Raekwon). Of these songs “Reality Check” works extremely well with Black Thought delivering some “reality TV” themed rhymes over Dilla’s fast paced beats and “24K Rap” sees Dilla delivering a grimy, dark beat for Havoc and the Chef to deliver making you image how Dilla would have collaborated with other artists of the same type.

Not all of the production featured on this album are unreleased or unheard as Dilla enthusiasts will recognize beats like “caDILLAc” (“Hip Hop Quotable” – A.G.), “Smoke” (“JLJ Intro” – J Dilla), “Digi Dirt” (“Put Ya Stamp On It” – Akrobatik), “KJay and We Out” (“Ma Dukes” – Frank-N-Dank) from previous Dilla releases and other artists he produced for. But this doesn’t take any from the beats at all as they are fantastic productions you don’t mind hearing again.

Now while this album doesn’t have the lasting effect of Donuts or isn’t as soulful as The Shining, it shouldn’t be compared to his past albums anyway. That’s the aspect of J Dilla and each album released before and after his death that a lot of people don’t understand or overlook. Each J Dilla album is unique and as a whole reflects something different every time. Welcome 2 Detroit couldn’t be said to be the same as Ruff Draft just as Donuts is in no way the same as The Shining, and the same thing could be said about this beats and production. This uniqueness and sense of individuality is what made Dilla one of the best producers in Hip-Hop, as he took his time while crafting and perfecting his works. He was somebody that was passionate about what he did and it continues to show in his music even after his passing. Just listen to songs released this year (“Stress” – Guilty Simpson, “History” – Mos Def) and it sounds like Dilla is still here producing these gems.

Passion is something that separates somebody from being great and just being another, and Dilla definitely wasn’t just another producer in the game. This thing called “passion” is something that sorely missing in the game today with most artists and producers in their works, and is the reason why most of these “hot” artists and producers won’t really be remembered years later after careers are done and over with the likes of J Dilla, Big L, 2Pac, The Notorious B.I.G., Big Pun, Jam Master Jay, Aaliyah, Lisa ‘Left Eye’ Lopez, etc. As I said previously, Jay Stays Paid displays a span of Dilla’s career as it features productions from early in his career to the last stage of his life, and it was put together to further extend his legacy to fans of his music and introduce new listeners to how great of a producer he was. Jay Stay Paid is definitely an album I would recommend adding to your collection whether “Dilla Changed Your Life” or you just heard about him.