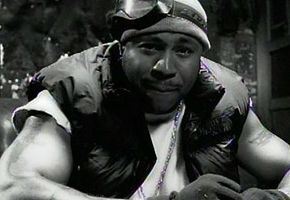 I know I ruffled a few feathers this week with my post about Eminem and him never being the GOAT. So I decided to bring a real GOAT out for this installment of Song of the Week. Yeah, I know I buried LL Cool J in a column, but that was coming from a fans perspective. LL used to be my favorite rapper and I hated to see him still hanging around past his prime (take notes Hov). Some of you got it twisted when I said Em wasn’t battle tested, you guys are thinking I meant he must be involved in a “beef” to make his legacy. NO, that isn’t what I meant, but every GOAT has had a battle that made their claim to the throne legit. LL is one of the most battle tested emcee’s out there. He came up in a time where battling was what you had to do. Some of you may not be old enough to remember his battles with Kool Moe Dee, but I can assure you that they were epic. For the record a battle isn’t one sided, a battle goes back and forth and there isn’t always a clear cut winner (ex. Jay vs. Nas). Enough about history, some of ya’ll think I don’t know my Hip-Hop just because I embrace Beezy and liked Deeper than Rap. Notice how everyone on the track brings their A game, even Erick Sermon was on his shit on the production! We have all heard this one, so I’m not wasting anymore time on talking about it..so enjoy this installment of Song of the Week!