50 Cent – Before I Self Destruct [Review] 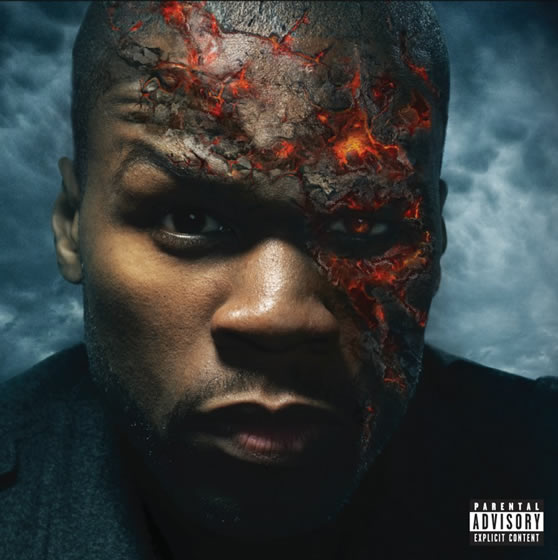 I hope it doesn’t count as hating if I say that ever since 2003’s Get Rich Or Die Tryin’, 50 has gotten worse with time. I hope it doesn’t, because the truth in that statement is fact; Get Rich Or Die Tryin’ has soldover 10 million copies worldwide to date. 50 Cent recently struggled to move units after an album leak and competition from Kanye. He’s also been charged with getting soft, making a lot more commercial songs than he used to. In response, 50 replied that he’d really been waiting for Curtis to come out so he could release his “real” album, Before I Self Destruct. Claiming it to be his hardest album since his debut, we finally get to hear the album that everyone has been waiting for. Does 50 exceed expectations with BISD?

The Invitation
Produced by Ty Fyffe
Now THIS is how you start an album. 50 sounds REAL hungry on this one, jumping on with little hesitation: “You want some? Come get some!/Nigga it’s Murder One when you see my gun/I just squeeze and squeeze ’till the whole clip done!/You just bleed and bleed ’till the Police come!/Huh? You want some??” If this first song is any indication of the entire album, then 50 may have been right about his promise (thank you!!). Ty Fyffe definitely brought the fire with the beat, and 50 flowed on it like a proven vet: “I’m far from a centric, I’m so psychotic/I don’t need you to shoot for me, nigga I got it!” Great song.

Then Days Went By
Produced by Lab Ox
The sampling here is flawless. This beat is hot as hell courtesy of Lab Ox. 50 sounds good flowing on this track, rapping about his younger days in the hood. While his flow over the track sounds really good, he doesn’t really spit anything notable lyrically. He makes up for it with the hook, which is crack: “I seen niggas gettin’ rich, then days went by/Then days went by, then days went by…” The hook make the track much more appealing. Good song.

Death To My Enemies
Produced by Dr. Dre & Mark Batson
Dre’s first appearance on the album, and it’s BLAZING!!!!!! “Dre, niggas think we bullshitin’!” The the beat drops and it’s fire!! “I bring money to my niggas that bring death to my enemies”. 50 keeps up the pace as with the first few tracks and keeps it truly gutta over a Dre (& Batson) production. Did anyone else catch the Wayne diss? (“This ain’t Tha Carter/Nigga this is Sparta/It’s harder I die I be a matar/Respect me like your father”)

So Disrespectful
Produced by Tha Bizzness
I think this song is more popular for it’s disses to Jay, Game, and others than it’s actual quality. Not saying that the quality is bad, the beat is pretty good, and the repeated “So disrespectful” was a good choice to use for the hook: simple, yet effective. Anyway, the disses in question are: “Jay’s a big man, he’s too big to respond/I’m a big dick, you know the one everybody on” and “Come on Game, you’ll never be my equal/Your homies shoot doors, my niggas shoot people!” The disses aren’t bad, but c’mon we all know Fif can do better than this. He almost sounds asleep on this track. Not bad, could have been better.

Psycho
Featuring Eminem; Produced by Dr. Dre
The Three-Headed Monster reunites on one track for the best effort I’ve heard from Fif in a very long time. Fuck best song on the album, this is one of the best songs of the YEAR!! The beat is perfect, sounding just like those old fashioned 1950’s horror movies plus 50 and Em both showed up for the track. Well, you know Em murked the track and it’d be hard for 50 to even match him on this considering its Em’s style of subject matter. But 50 did a very good job:

“Look look, I come from a different crew, you fuck with me, I’ll get to you/A clip or two’ll cripple you, just ’cause I ain’t got shit to do”.

“You pop off the top it’s like opening vats of acid/Beat the Octamom to death with a Cabbage Patch Kid/Attack a snatch, yeah there’s something to jack a batch in/Impregnate her then shoot up the embryo sack with Mac 10s/Triplets, quadruplets and a couple of back to back twins/Dead fetuses fallin out all over, Jack is back again”

Damn. What more can I say? Excellent song.

Hold Me Down
Produced by Team Ready & J. Kevs
What a transition. We went from killing everything in sight to a song for the girls guns. This is the usual 50 throwaway female song; ABC style beat, with 50 using a couple clever metaphors to get by. I will give him props for doing the whole my gun is my girl (See 2Pac’s “Me And My Girlfriend”). The hook ain’t bad, but this song gets kind of boring and is pretty short anyway. I’m not skipping this one, but it’s pretty blah. Not really feeling it.

Crime Wave
Produced by Team Demo
This is what I’m talking about. I heard this on the local radio and this was crazy. The hook is perfect, the beat is hot, and 50 is spittin’ crazy shit on this one too:

“I’m not tellin you to shoot somebody, but if somebody try to shoot you shoot ’em/Don’t waste time, lil’ nigga just do it/Any nigga out of order, must be serviced/See now now you hesitatin boy you makin me nervous/The Feds know I clap heat felonies on my rap sheet/Front on me try to run from me hollows be up your back B!

After the last song, this was the perfect recovery! BANG THIS ONE!!!

Stretch
Produced by Rick Rock
The pianos on this one are ridiculous, and make the beat sound really hard. The hook fits, but the “stretch…” is a lil suspect. 50’s flow on this one is pretty good: “Your favorite bad guys gone!/The Joker’s dead!/So for now till forever your stuck with the kid./I ain’t supposed to be a boss, I’m supposed to be a enforcer!/I’m supposed to hold a gun, not be stuck in the office!” The lyrics probably won’t wow you, but at the same time, it’s a serviceable song.

Strong Enough
Produced Nascent & OB Da Problem
DAMN!! This song is hard as hell!! The sample is: “Your life is over…” again and again. Damn. 50 didn’t play around on this one either: “These niggas ain’t strong enough/They money ain’t long enough/When they bump heads with me, they find out the guns do bust/We gettin’ money in god we trust/Suck on this nigga!” You gotta hear this one to believe it. Great song.

Get It Hot
Produced by Black Key
Can’t believe this wasn’t one of the first singles. It sounds like “Get Up” and “I Get It In” combined with a much hotter beat. This would have blazed the charts! Fif came correct with lines like: “I’m a made man, a Don Corleone/No matter where I’m at, I’m doin what the fuck I want!” This one was obviously made for the club, but that’s not exactly a bad thing since it works well on this song. Good song.

Gangsta’s Delight
Produced by Havoc
This is a gangsta play on the classic song “Rapper’s Delight”. While I appreciate 50’s creativity, I wasn’t really feeling it myself. It could have been executed much better. The way it is now, it’s actually pretty skippable. However, I’m sure some people will like it. The beat isn’t too bad, it’s just something that you can tell was meant to be filler.

I Got Swag
Produced by Dual Output
The beat on this is really hot; Fif chose great production on this album. This is basically what the title looks like: 50 flossing to the max. The hook is kind of hot though and this definitely could have been a single. Lyrically, 50 is aiight, nothing too shocking: “Me, I’m into me/I destroy my enemies, even if they kin to me.” Good song, but again, you can tell this was meant to be filler.

Baby By Me
Featuring Ne-Yo; Produced by Polow Da Don
This was the first official single off this album, steadily getting more and more airplay. Compared to the other first singles from 50 Cent, this definitely underwhelming, even compared to “Straight To The Bank”. It’s grown on me though; the sample was perfect for this song. 50 was definitely asleep on this one: “I need you to be what I need/More than liquor or weed/I need you to maybe give me a seed/I need you to give me reason to breathe, I need you/I’m tellin’ you so now you know what I need.” Damn. Even 50 fans have to admit that sucks. Ne-Yo definitely controlled the song here. Overall, it’s a fun little song but 50’s parts bring it down. Sadly.

Do You Think About Me
Featuring Governor; Produced by Rockwilder
What was 50 THINKING!?!? This is the exact same song as the previous one without the awesome sample and Ne-Yo. Instead, you get 50’s same lackluster rhymes and some no-name singer on the hook. The beat is aiight, but it could have been used a lot better if 50 woke up and chose a really singer to do the hook. Sadly, this is the second single…
SKIP!!!

OK, You’re Right
Produced by Dr. Dre
The street single off the album. Dre was on point here, this beat bangs and has that classic eerie sound to it. Sadly, 50 barely showed up for this one. It’s like he realized even being on a Dre beat would make him sound good so he didn’t need to come correct with the lyrics. I mean, he comes with two verses, each 12 bars long, and with the same sounding monotone delivery. Disappointing. The song still sounds good without 50’s help and proof that Dre can make any rapper sound good flowing on his beats.

Could’ve Been You
Produced by DJ Khalil
Why would anyone end their album like this? SKIP!!

*Bonus Tracks*
I fucks with “Flight 187” and “Man’s World”, but the new original version of “Baby By Me” could definitely have been left off. And by the way, why are “Man’s World” and “Flight 187” not on the official album?? Damn!

Bottom Line:
Did 50 live up to his promise? Well, yes, I think he did. He’s got some ridiculous songs on here that definitely live up to the Get Rich Or Die Tryin’ pedigree. But at the same time, he’s got some shit songs on here that are some of the worse he’s ever done (read: “Do You Think About Me” and “Could’ve Been You”). I was actually a little surprised there weren’t any shots thrown at Rick Ross seeing as that was pretty much the biggest Hip-Hop beef of the year. Speaking of Rick Ross, I think that this was the better album between the two of them because some of the good songs on this album are better than the best songs on Deeper Than Rap. 50 did a prettty good job here all things considered, but at the same time, I think we all know he can do much better than this. After all the hype surrounding this album, some people might feel he under-delivered.