Lupe Fiasco – Enemy Of The State: A Love Story [Mixtape] 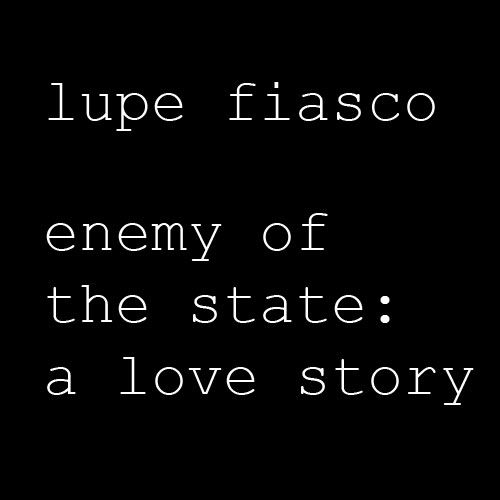 Seeing that Lupe doesn’t exactly flood the market with new material, it seems right to throw up his latest mixtape Enemy Of The State: A Love Story. Not really any original beats here…shit, matter of fact, the whole thing is in “cassette style” form meaning that it’s just one 22 minute file to be played all the way through (Saule Wright was ahead of the curve!). Hey, it’s your Thanksgiving present from Mr. Fiasco! This will have to hold us until Lasers (And then Friend Of The People?). Update: Tracklist Added. Update: Added split version.