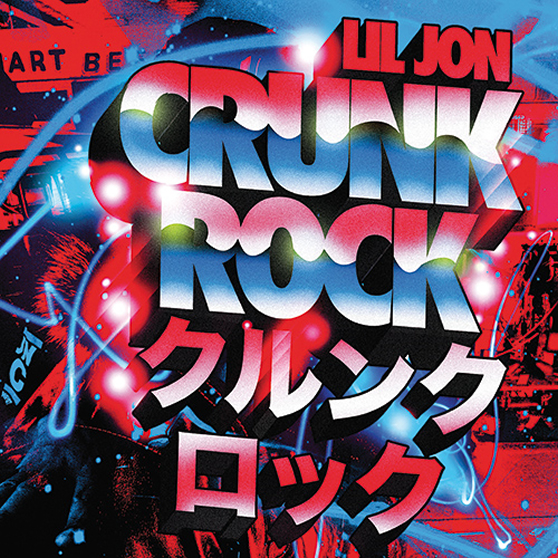 So now Lil’ Jon is finally releasing Crunk Rock. Whaaaaatttt was the hold up?

Some of the delay was due to production stoppages by Jon, possible changes in direction of the album as well as  many alterations to it’s guest features. But to be fair, the delay of Crunk Rock wasn’t all Lil’ Jon’s fault. After going through much drama over legal issues over money during it’s making, Jon’s record label TVT Records filed for banruptcy and folded.

So now that Jon has delivered the product what’s the verdict? Was that Crunk Ain’t Dead chain a lie? Let’s find out.. Oookaaayyyy!!! (Sorry).

1. Crunk Rock (Intro)
Produced by Lil’ Jon
Short intro of Jon hyping up the crowd for Crunk Juice with his trademark lines.

2. Throw It Up, Pt. 2 (remix)
Featuring Pastor Troy & Waka Flocka Flame; Produced by Drumma Boy
On the first track Drumma Boy gives Lil’ Jon something that has him in familiar territory. Over Micheal Myers like piano keys, Jon sounds like 2001 as he chants the first verse. Both Pastor Troy (Who also sounds like his old self) and Waka Flocka Flame (A next generation crunkster himself who Jon says “takes the song over the top”) totally fit the song with their verses. It definitely a high energy start that may get someone punched in the club.

3. G Walk
Featuring Soulja Boy Tell ‘Em; Produced by Shawty Redd
See this why it hard to review a Lil’ Jon album. For the music he makes, the songs sound very similar. He employs Soulja Boy here to show us another dance: “The G Walk”. This is what it is. Over a frantic beat, you don’t get lyrical greatness from Soulja Boy (“I gave your bitch a hug and she got wetter than a tub…”) but this is not what this is for. I’s strictly, strictly, for the club.

4. On De Grind
Featuring Stephen Marley & Damian “Jr. Gong” Marley; Produced by Drumma Boy
Coming straight off Distant Relatives, the Marley Brothers hook up with Jon to make an awkward Crunk/Reggae hybrid. Jon’s yelling and Stephen & Damian’s smoothness don’t mix. Lil’ Jon may should have fell back on this one,; someone else could have done better with this beat and callabo.

5. What Is Crunk Rock? (Interlude)
Produced by Lil’ Jon
Jon explains what Crunk Rock is… and apparently it’s a lifestyle.

7. Get in Get Out
Produced by Laidback Luke
The only song on Crunk Rock that hasn’t any features has Lil’ Jon doing exactly what you expect (“You ain’t hitting on shit/Yo bitch suck everybody dick…”). I don’t mind the simple snap heavy beat here at all though. Actually is a solid record for Jon that just sounds a little old. This would have been the shit 8 or 9 years ago.

8. Outta Your Mind
Featuring LMFAO; Produced by Lil’ Jon
This song could be describes as Crunk infused with some electronica characteristics even though it sound a little like the previous. This is because electro-hop duo LMFAO is featured here. All three participants here get a verse that results in very loud music. I did mildly like some of LMFAO’s lyrics (Sorry I don’t know which is which). I also didn’t know it was music video for this track, but it’s here if you want to see it.

9. Ride Da D
Featuring Ying Yang Twins; Produced by Lil’ Jon
All the fans of “Get Low” & “Salt Shaker”, this is for you. But even you love the previous Lil’ Jon & Ying Yang Twins collaborations, you’ll still have to admit that this isn’t up to their previous standards (It’s weird to even say that right?). This may get a few laughs in the club and I’m sure many guys would love for the ladies to make an accompanying dance, but once again this sounds like it should have been on Kings Of Crunk (Which was 7 years ago).

10. Ms. Chocolate
Featuring R. Kelly & Mario; Produced by Drumma Boy
The first single off Crunk Rock. Admittingly I hated this song when I first heard it. But after a few spins, I found myself guilty of singing the hook now and then. It probably would have done better if Jon would have stayed on the sidelines and I don’t know why they needed two R&B singers, but it works. It’s not “Yeah!” or “Lovers & Friends”, but it’ll do. They made a music video for it too.

11. Like A Stripper
Featuring Pleasure P & Shawty Putt; Produced by Rico Love
Ha! This could have fit it with some of the “booty shake” music of my youth. The have Pleasure P singing on the hook and Shawty Putt, but honestly it doesn’t have anything that makes it stands out.

12. Shots
Featuring & Produced by LMFAO
Whoa! I thought I accidentally played Track 8 again. Even though this does sound like the other LMFAO & Lil’ Jon song on this album, this does do something to differ from it. I has a really annoying chorus.

13. Work It Out
Featuring Pitbull; Produced by DJ Chuckie
Mr. 305 is in the house as Jon gets frequent collaborator Pitbull on this track. Other than Spanglish terms by Pitbull, they could have merge this with the previous track and just made this a long house track.

14. Hey
Featuring 3OH!3; Produced by Benny Blanco
Okay, what the fuck? This HAS to be a remix of “Shots”. The last three songs sound too similar. And since I just totally removed from this review at this point, what up with the names of groups these days (LMFAO, 3OH!3)? But then again… B-E@$Y! does look cooler than B-Easy. Okay no it doesn’t.

Bottom Line:
I’ve said this a few time in the main review, but the biggest problem with this album is that it’s sounds really dated. Maybe it’s because of the four year wait or maybe it’s because Lil’ Jon voice is not made for today’s music.

Now to be honest, I wasn’t the biggest Crunk fan when it was at it’s height. Even so, I understood it. It’s a place for it. And looking at artist like Waka Flocka or Roscoe Dash, I guess there’s still a place for it. But an album like this is really hard to listen to in one sitting. Actually, I’m sure it’s not suppose to be listened that way. But that doesn’t change the fact that even if Lil’ Jon released the album in 2006, it may have been too late then.

Crunk music, in it’s Lil’ Jon iteration, IS dead. This album is a failed attempt to resurrect it.

Note: There’s about six extra songs on the “Deluxe Edition” of Crunk Rock that I didn’t review. I love y’all but not that much… You also still owe me a drink for this one.