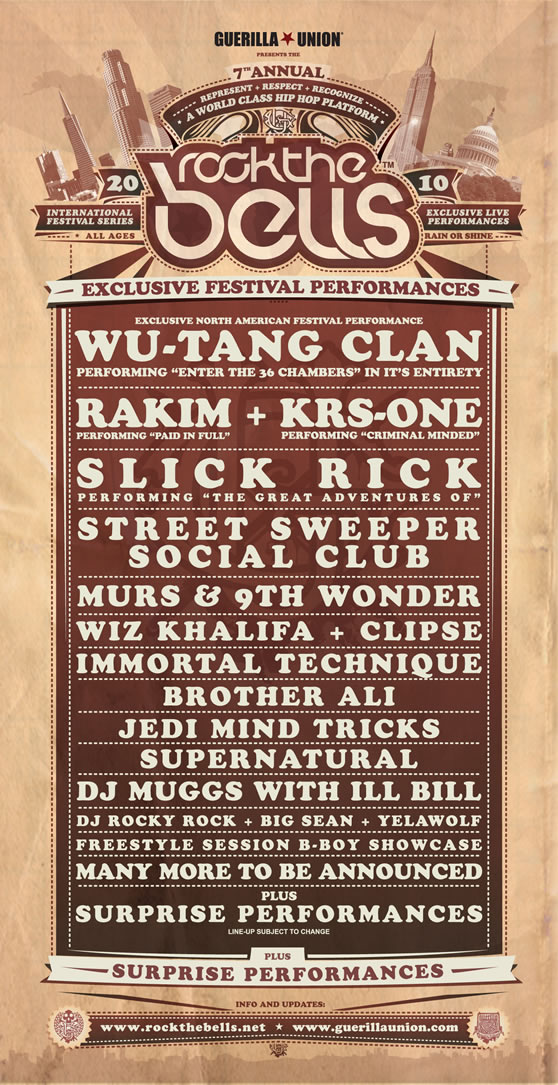 I arrived at the NOS Events Center fifteen minutes before the doors opened at noon. Unfortunately, the venue’s security didn’t know what the hell they were doing. The entrance was backed up nearly four blocks and it took over an hour to park. Plus, you had to pay $20 to park in the actual NOS Events parking lot when it was supposed to be free. On top of that, the venue didn’t allow any backpacks, lighters, or unsealed water bottles into the event when there were signs everywhere stating those specific items were allowed in. This caused the check-in line to be another 30-45 minute wait. If that wasn’t enough, Guerilla Union (Host of Rock The Bells) now made all food or drink purchases only available through a Guerilla Union debit card. So in order to get a beer, you first had to wait in the age-check line to get a wristband, then wait in another line to get your GU card (Minimum card value was $20), and lastly you had to wait in the alcohol line. This irritated just about everyone over 21…I wonder how much Guerilla Union made off unpaid card purchases. I missed Yelawolf’s set after all this bullshit, but I managed to catch the first performance on the main stage…Slick Rick The Ruler! 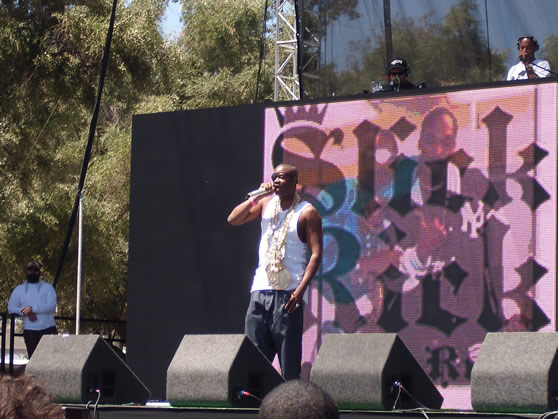 For being in his mid forties, Ricky D did his entire set as fresh as possible. He came out rocking several gold plated chains and still had that swagger in his voice from 1988. He performed The Great Adventures Of Slick Rick and definitely set the bar high for being the first performance on the main stage.
Top 3: “Children’s Story”, “Teenage Love (Remix)”, “Hey Young World”
Grade: B+ 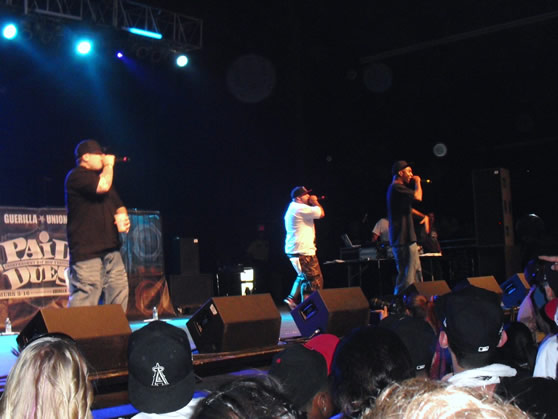 After Slick Rick’s set, we decided to get out of the sun and catch Jedi Mind Tricks at the indoor Paid Dues stage. They came out and spit everything as hard as they can. From the beginning to end they had the crowd vibing off their energy. They also brought out Reef The Lost Cauze and Planetary as special guests.
Top 3: “I Against I”, “The Worst”, “Sacrifice”
Grade: B 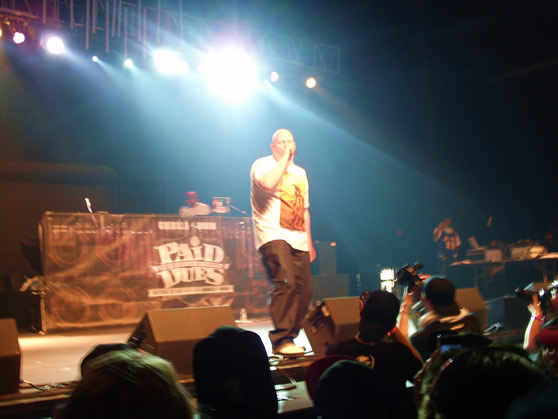 We stayed at the Paid Dues stage for one more set and missed Rakim to see Brother Ali. Ali did his thing as usual, and touched on everything from Shadows On The Sun to Us. The highlight of his show came when he introduced DJ Snuggles to the stage. The duo went at each other with one holding down the mic while the other beat-boxed.
Top 3: Freestyle & Beatbox Session, “Forest Whitaker”, “Uncle Sam Goddamn”
Grade: A- 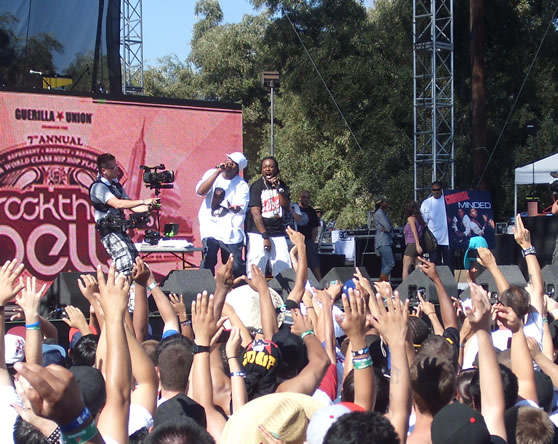 We returned to the main stage to find KRS-One doing Criminal Minded. After watching KRS-One, you can tell how much he loves Hip-Hop and puts out his heart for it. He gave much respect to the late DJ Scott La Rock who was half of Boogie Down Productions. Similar to Brother Ali, KRS-One’s highlight came with a freestyle that featured Supernatural. The two went mad on the mic…I believe that KRS-One got Supernatural on this one.
Top 3: Freestyle, “South Bronx”, “9mm Goes Bang”
Grade: A- 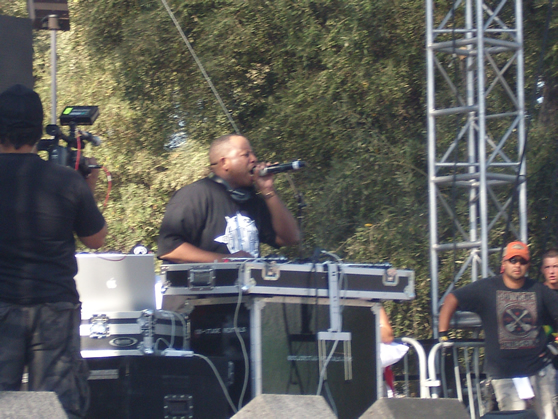 Premo took the stage next and dropped numerous Gang Starr classics that featured the late Guru. He also showed love to Big L when he through on “Full Clip” and had the crowd chanting “Guru” while he shouted “Big L”. He paid further homage when he brought out Guru’s son and nephew. He ended the set as best as possible with “Above The Clouds” (Requested from crowd) and “Moment Of Truth”. He would’ve received a higher score if his set was longer than twenty minutes.
Top 3: “Full Clip”, “Above The Clouds”, “Moment Of Truth”
Grade: B+ 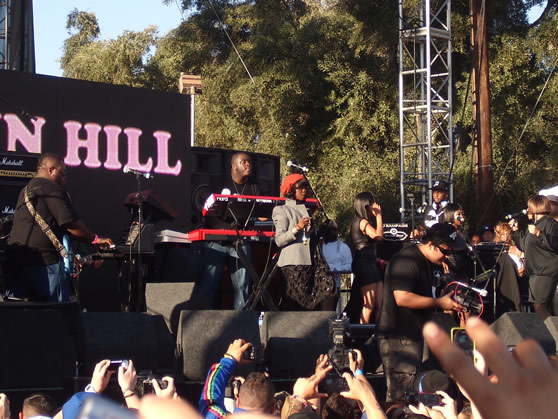 As you can imagine, the main stage was packed for Lauryn Hill. She came out with a live band and did several songs off The Miseducation Of Lauryn Hill. However, her set was somewhat disappointing. She didn’t seem to have that strength behind her voice that we are all use to. The crowd got the loudest when she performed her Fugee hits.
Top 3: “Fu-Gee-La”, “Ready Or Not”, “Lost Ones”
Grade: C+ 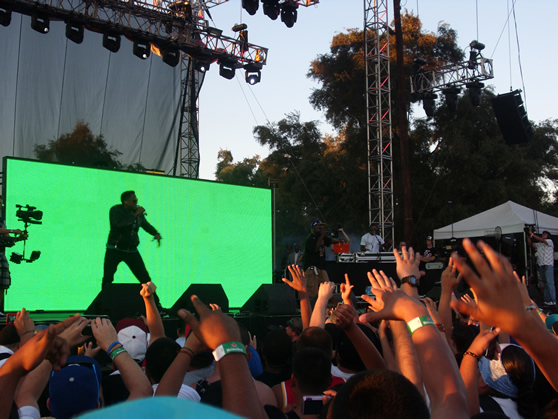 Tribe came out with all original members although Jarobi wasn’t featured on Midnight Marauders. In all honesty, Tribe was by far the best performance of the day. They brought energy from their “Steve Biko (Stir It Up)” intro to the end of their hour plus set. Not only did they perform Midnight Marauders (Minus “8 Million Stories”) but they also did other tracks such as “Bonita Applebum”, “Can I Kick It?”, and “Find A Way”. If that wasn’t enough they brought out Busta Rhymes and Spliff Starr for “Award Tour”, “Check The Rhime”, and “Scenario”. Tribe put on one of the best performances I’ve ever seen!
Top 5: “Award Tour”, “Check The Rhime”, “Can I Kick It?”, “Sucka Nigga”, “Bonita Applebum”
Grade: A+ 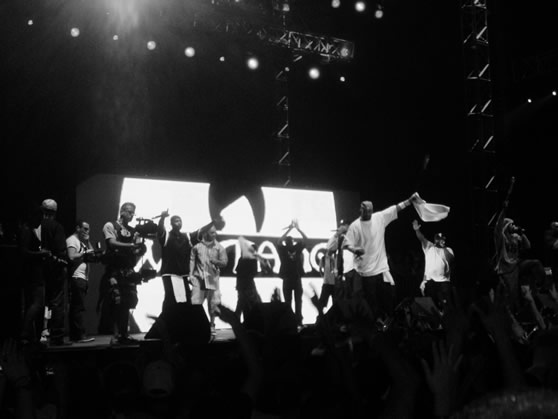 The Wu took the stage with all remaining members and guests’ Cappadonna & Boy Jones (ODB’s son). The audience had their W’s in the air before they got the chance to do one song. The clan definitely ripped it with their performance of Enter The Wu-Tang (36 Chambers). They also did “Triumph” to let Masta Killa & U-God shine (Both only appeared on one verse from 36 Chambers). Boy Jones filled in and took the role of his late father. He may not sound like him, but his energy (and braids) definitely filled the empty spot. They had the second best performance of the night.
Top 3: “C.R.E.A.M.”, “Wu-Tang Clan Ain’t Nuthing Ta Fuck Wit’”, “Can It Be All So Simple”
Grade: A 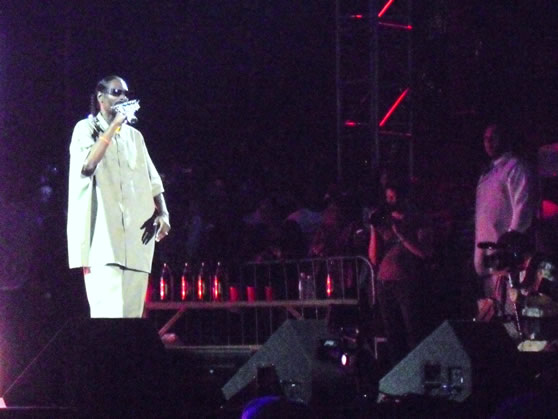 Bottom Line: Guerilla Union should thank these legendary emcees for turning around the event. I’ve been to the last four Rock the Bells (Not including the other Guerilla Union hosted events), and I have to say this may be my last. If $100 for a general admission ticket wasn’t enough, then the Guerilla Union debit cards and unorganized security was. I thought GU said this was for the people. They made a minimum of 2.5 million (Not including alcohol, food, merchandise, and v.i.p.) because there were 25,000 people there. Greed is going to end the long-running of this event.