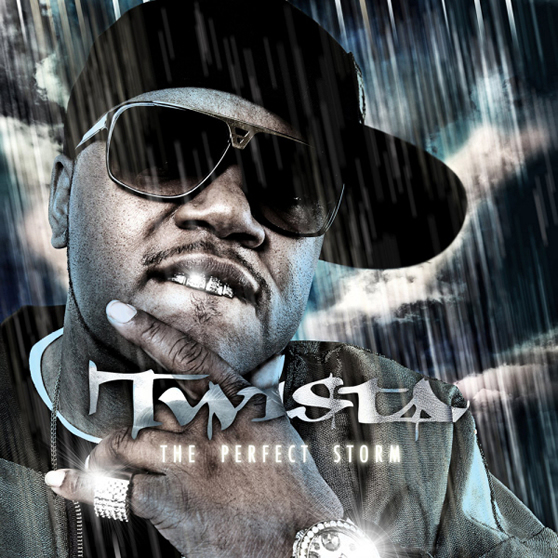 It’s hard to believe that this man is on his 8th album. Maybe because his shtick hasn’t changed or just because time flies, but yes, this is his 8th studio album. Kamikaze is his only platinum album and since the 1-2 punch of Adrenaline Rush and this the aforementioned album, his success has declined drastically. Just like many of his albums, people were all over the map with his latest effort (read the review). So what do we get with this album? Does he capture the magic of Adrenaline Rush and Kamikaze or do we get the flow that some folks quickly get bored with?

It’s quite obvious what you are going to get with Twista, and that’s not a good or bad thing, it just is what it is. Just like when Nelly drops you expect  the sing song rap, when Twista drops, you expect frenetic lyricism over a slow, bounce type beat. Being true to form, the first 2 cuts are  just that and sound like they’re something that could be on any Twista album. I think these are probably the only “neutral” sounding song in that way. “Up To Speed”,” Back To Basics”, and “I Do” are probably the best examples of his flat out rhyming skill with “Back To Basics” being the best example. The beats still have that bounce, but they all sound more deliberate and are produced well. That helps pull you into his flow as he spits

“Come at niggas like a disciple of death / you would think I’m poppin’ a rifle or tech / I’m aimin’ right for the neck / ya’ momma might as well call up the funeral home so she can right em a check / …hot enough to burn to a thermometa’ from anotha planet / I kill em’ from here to andromeda”.

For those of you that dismiss him as all fast talking and sayin’ nothin, you need to get into those 3 tracks. The other song that I think is tied with “Back To Basics” as the best on the album is the lead single, “Make A Movie” featuring Chris Brown. I like everything about this song from tempo and production to his wordplay on this song, and as you know, I’m not a fan of sex rap but this is a good job.

Some songs are clearly in the middle on the album, not good or bad, just average. “2012” featuring Tia London is one of those songs. If any song is “Draked up” this would be it. Vocoder, check. Slow dragging music, check. Synthed out music that relies on a simple heartbeat like bass drop to move it along, check. You could sub Drake’s voice in for the singing and let him do his own rap over this beat and it would be a top 10 hit. I’m not as convinced on this version though. It’s not a bad song, just kind of average and the combination of Twista and Tia sound like they are fumbling around in the dark to figure out how to turn this song on. “Sweating” is another one of the sex raps on the album, but the beat is overly simplistic outside of the hook and while Scotty sings the it like Bobby Valentino, he lacks the extra emphasis to give this song any emotion. One more example of an average song is “Call The Police”. Yes, another sex rap and yes, another uninspired song that can get by with passive listening.

Then there are songs on this album that are not good. Now, before I go into this, I have to talk about my review process for a second to clear up any misconception. Most times, including this one, I press play and don’t read the features until I have a general idea of how I feel about the song. So while some of these songs feature artists that I’m not crazy for, it’s a matter of either coincidence or me really just not liking the way they make music as opposed to me not liking the song BECAUSE they are on it. Now, with that said, “Hands Up, Lay Down” featuring Waka Flocka Flame is turrble (c) Sir Charles. Take the track from “Pretty Boy Swag” and add Waka and Twista. If you liked that song, you’ll like this one, I didn’t so I’ll move on. “Cocaine” featuring Yo Gotti is my least favorite song on the album. I’m not a “white girl mover” so this song may just not be made for me. I don’t dislike Yo Gotti, and to be quite honest, I like a few of his songs, but this one is also  turrble (c) Sir Charles. From the canned sounding beat to the chanting of “cocaine” throughout the song, I’m not a fan at all.

Bottom Line:
Like I said in the intro, you know what you get with Twista, I’m never expecting him to reinvent the wheel nor do I expect him to do anything other than what is his sound. He does however, stray away from the formula a bit on this album, and to his detriment. While I commend him for not making a carbon copy of his previous albums, this album doesn’t flow well and the production is really all over the place. This is an album that younger cats may like on the strength of the Drake sounding song and the one with Waka, and older folks can appreciate for the lyricism shown on some songs on the album. While Twista fans will cop because it’s Twista, they may be a bit disappointed in some of the choices made. Again, To his credit, he seems to have gone back to the lab lyrically and put together some impressive lines, the inconsistency of the album is jarring.