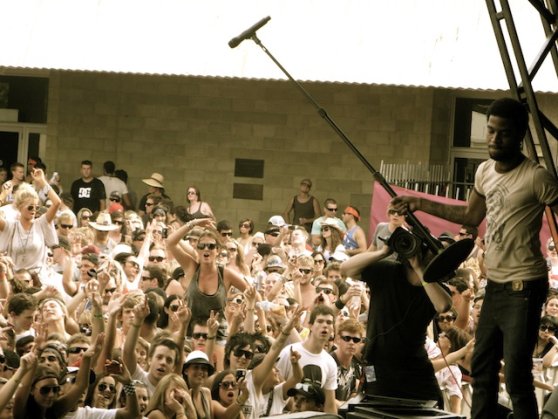 It might not be as many as Taylor Swift, but this week Kid Cudi proved he had at least 170,000 fans as we see his sophomore album Man On The Moon II: The Legend Of Mr. Rager debut at #3. He actually did better than his debut last year. Good job Cudder. To add more to this, Man On The Moon 1 is STILL on the charts at #85 [Check out Man On The Moon II review]

Cee Lo Green returns with his third solo album The Lady Killer (It’s also one of my favorite albums of the year). I thought “Fuck You” would have sold more than 41,600 copies, but then again, that’s not too bad either. [Check out The Lady Killer review]

I had no idea that Trill Fam (Webbie, Boosie, Lil’ Trill, etc.) released their All Or Nothing compilation last week but they still put over 13,000 units.

I did know that Quincy Jones released his Q Soul Bossa Nostra compilation last week. I respect his legacy, but from what I heard off this album, I’ll pass. Mr. Quincy Jones grabs the #86 sopt.

And coming in at #86 is Joe Budden‘s Mood Muzik 4: A Turn 4 The Worst. Now remember, Joey gave this for free a couple of weeks earlier so 6,200 albums sold may be a win. [Check out the Mood Muzik 4 review]