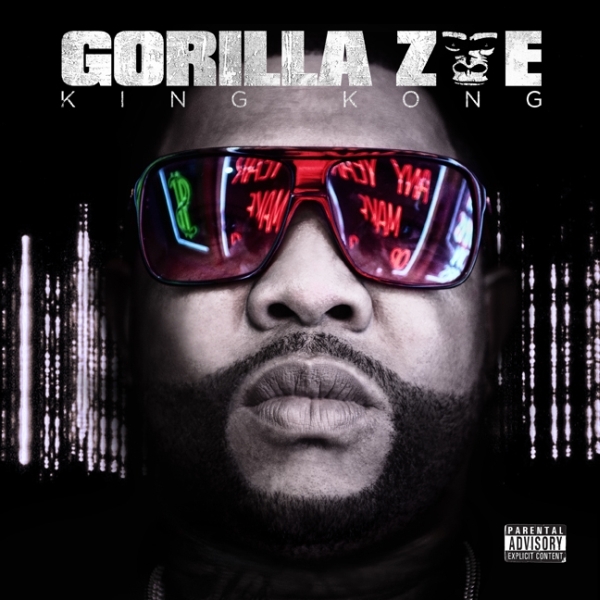 With Gorilla Zoe’s album King Kong surprisingly selling 10,000 albums and taking the #56 spot on yesterdays album sales charts, our homie P for The D decided he would give us a close look at Zoe’s new album. – B-Easy

1. King Kong
Produced by Drumma Boy
This one bangs and this is the kinda tracks I like from Zoe. This one started of good I don’t know why everybody was so negative on reviewing this. This one is instantly going on my bangers playlist in my iPod. He does use Auto-Tune though and I’m hearing it’s a lot more of that coming but its used well on this one.

2. I Do It
Produced by Wille “Chuck” Shivers & Saleem “Lazyboi” Assad
This is another one of those Gorrila Zoe type of tracks where he thrives. Judging by the title of this song he must have never heard of Big Sean before. But its not surprise that Zoe’s verses aren’t exactly amazing but to me they do what they have to do .

3. Crazy
Featuring Gucci Mane; Produced by Sonny Digital & Jesse “Corparal” Wilson
This was the first track I heard from this album and another absolute banger! But Gucci Mane’s verse…? It was laughable. Might be the worst verse of the year as it was barely even on beat. Zoe could have left him off this one. And I guess Zoe is the only cat that’s still using Auto-Tune this often?

4. Nasty
Featuring Yo Gotti; Produced by Sonny Digital, METRO, & SouthSide
Sounds just like a Gucci Mane track (Even the hook) and that’s not a problem cause it’s another great beat! Yo Gotti does his typical drug rap thing’ sounds like every other one of his verses (I hate Yo Gotti by the way).

5. At All
Featuring Ray Dinero; Produced By Sonny Digital
Another banger, another Auto-Tuner. This album is starting to be repetitive but at the same time I’m still enjoying it. But once again Gorrila Zoe’s verses are a negative to the song. Ray Dinero verse is a mad typical southern drug verse; it was almost pointless he could have left him off.

6. Whats Going On
Produced By Sonny Digital
Zoe doesn’t seem to be slowing down. He knows his musical formula well: Banger after banger. At the same time its just like all the other tracks, banger with mediocre verses with simple hooks just to move the song along. But I can’t lie and say I don’t like it. Say what you want.

7. Party Over Here
Produced by Drumma Boy
Okay, this songs instantly begins off bad for me with instant simple ignorance. The hook is painfully typical irritating and simple. Zoe is also doing his verses in a terrible voice. I’m done with this one 1:50 in.

8. Your Bitch
Produced By Sonny Digital
About taking someones bitch.  It’s horrible and the hook will make you throw up on yourself. Another SKIP!

9. My Shawty
Produced By Sonny Digital
Okay, I guess the albums taking a turn for the worse now. Another horrible simple hook, although Zoe does speed his flow up a little on this one . This one just doesn’t sound right at all. What is he thinking?

10. Twisted
Featuring Lil’ Jon; Produced by DJ Montay
I hate Lil’ Jon and I wasn’t looking forward to hearing this once I saw his name. Turns out I was right. Oh boy this album is turning into some wanna be radio play song bullshit. You want to know how horrible and typical this hook is here you go?

Don’t bother with this track yall.

12. The Main Thing
Produced by Nick Balding
I think I understand what you guys meant now. This album has gone off the cliff. I cant make it threw. I think I know what Euro-Club is now.

14. I’m Not Perfect
Produced by Demarco
I cant anymore! I just can’t! I thought it couldn’t get any worse but it has. This last track just slits your throat threw; the last 30 minutes or so of torture.

Bottom Line:
Well I entered this review a Gorrila Zoe fan and at the end I don’t think I’ll ever listen to another one of his albums. To tell the truth, it started out great and was on its way to getting a good rating. Then it just went terrible on me. What was he thinking? What happened to the “Hood Nigga” Gorrila Zoe? This is an album full of imitation radio songs that are not gonna be played on the radio. I was discussing Euro-Club music with other nappyafro members before I reviewed this and I didn’t understand what it was……Now I do and I understand why they hate it. Its unbarrable. Do yourself a favor if you wanna listen to this listen to the first 6 songs (Which saved this album from getting 1 star) and stop immediately.