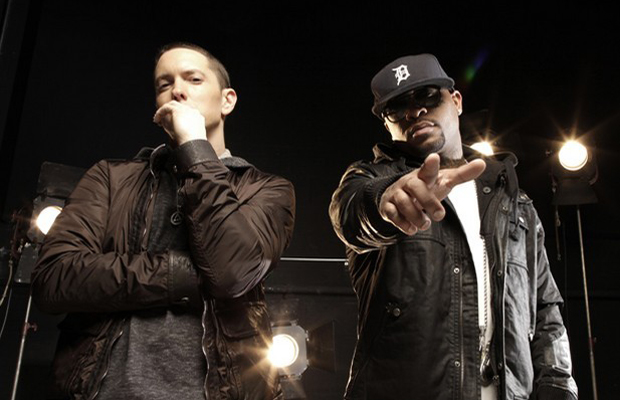 I predicted last week that Bad Meets Evil‘s Hell: The Sequel would be #1 this week, but honestly it wasn’t hard to figure out that an record with Eminem attached to it would do well. It is surprising that it only sold around 170,000. That amount is not a bad amount but Eminem’s last album (Which is still in the Top 50 after a 52 weeks) is basically 4x platinum. It’s still a good look for Royce though. If they release “Lighters” it’s a good chance that the radio will eat it up. [Check out our review of Bad Meets Evil’s Hell: The Sequel here]

The surprise of the week goes to Gorilla Zoe and his new album King Kong. How did he sell 10,000 copies of that album? Think about it: Zoe sold twice as much as Killer Mike’s last album, almost as much as Jadakiss’ last project, and over 9,000 more than Big K.R.I.T.’s EP. Does he have a hit out that I don’t know about? Is he hot on the radio? Anybody chime in if you know the answers to these questions. Maybe Verbose knows. [Update: We DO have a Gorilla Zoe review. Check it out here.]

Random Axe also released their self titled last week and while Gorilla Zoe still outsold them, 7,000+ in sales is the highest debut on the charts for all the Random Axe members as solo artists (Black Milk, Sean Price, & Guilty Simpson). [Check out our review of the Random Axe album here]