iPod Hustle: What Music Do You Wake Up To? 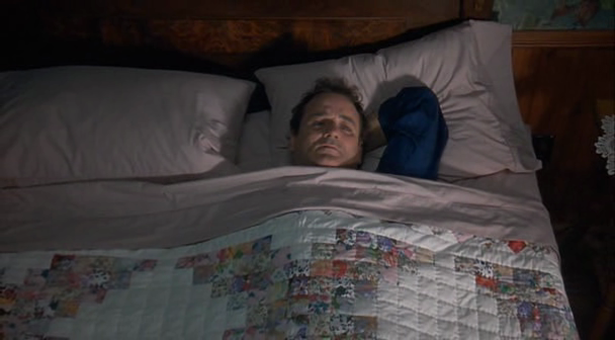 A few years ago when we was really grinding in this Hip-Hop blogging shit, we got together with KevinNottingham.com & YourFavoriteWhiteBoy.com and released a mixtape called The Good Morning Mixtape. It was a cool project, it had a cool trailer attached to it, and I’m still proud of it today. The Good Morning Mixtape was filled with Hip- Hop songs that were great to wake up to in the morning and for a year or so, I actually used that mixtape to wake me up in the morning.

The Good Morning Mixtape doesn’t wake me up in the morning anymore, not because I dislike the music now, but because it was time to move on and change up the morning routine. I used to have a mp3 of Larry Fishburne from the movie School Daze yelling “WAKE UP!”, but that got old kinda fast.

So…here’s three of the songs (technically four songs) that now wake me up from Monday through Friday and gives me some strength to actually get up and drag my ass to a dead end job.

And of course, feel free to add you own three songs in the comment section.

Album: Graduation [2007]
Why not wake up in the morning feeling like a champion? Kinda cliche but fuck it. Loud and upbeat but not too loud and upbeat that I’m throwing shit at my alarm clock. Uplifting but not “You Got The Touch” corny uplifting. Just enough to give me that “champ” feeling in the morning.

Album: Tha Carter III [2008]
Okay, this has a lot to do with the fact that my last name is actually Carter. But that’s not the full reason; both the samples on both of these tracks are pretty awesome. That “Something might happen today” epic feeling in the morning is always a good thing. And they say my last name a lot.

Album: The Chronic [1992]
Yea, with no irony, “Bitches Ain’t Shit” is a song that’s in my “Wake Up” playlist. If you’re surprised, think about the sweet young ladies that spent the night at my apartment and heard this shit playing at 7am (If you was at the Skype meet-up we had a month or so ago, you know I’m in a fucked up place with women these days). You may shake your head, but I’m the one walking to my car in the morning like George Jefferson after I play this. So of course I win.