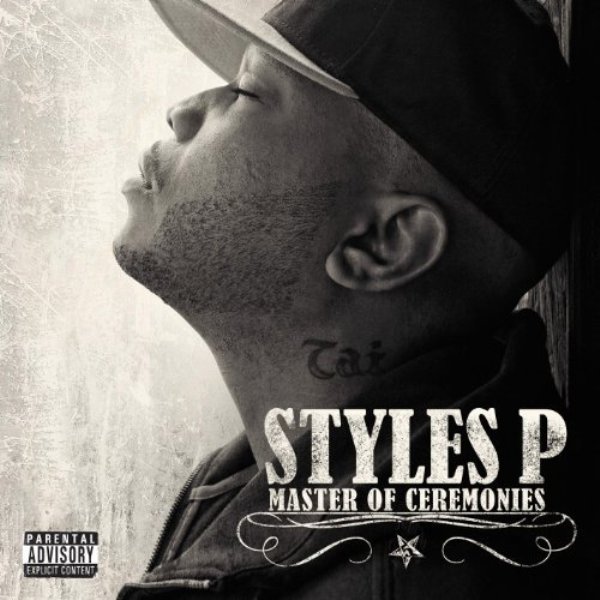 Styles P, The Ghost, S.P., Pinero, Holiday, The Phantom. Whichever you choose to call the member of The LOX and member of the once prominent Ruff Ryders crew, David Styles has been making noise in the rap game for over 15 years. And that noise has been hard to ignore. Ever since the mid-90’s Styles has been seen tearing the mic up along side Jadakiss and Sheech Louch as well as collaborating with legends like Biggie, M.O.P., and DMX.

Styles has also been putting his business expertise into ventures other then rap from his first novel Invincible getting published last year to opening a juice bar in the Bronx. I guess that’s why his last solo album was 2007’s Super Gangster (Extraordinary Gentlemen). So let’s how Mr. Holiday Styles has to say since being away for so long…

1. How I Fly
Featuring Avery Storm; Produced by Warren G
There’s not much of a build up for the first track, Styles simply gets things crackin’ alongside crooner Avery Storm. The production is fairly straightforward but if you’re familiar with Styles P’s verses you’ll know he goes in on a number of topics. This is one thing that’s great about listening to a Styles track, he’ll just say how he feels about any topic and give great insight. Things starting off nicely. Plus did anyone else realize Warren G was still making beats?

2. We Don’t Play
Featuring Lloyd Banks; Produced by Supa Stylez
“Creepin like Batman/Stronger then the Hulk”. This is one of the many similes Styles chooses to use over this high pitched beat, which can get annoying (The beat not the metaphors). Here Holiday Styles compares himself to Ben Affleck in The Town, Mario Puzo, Murdoch from the A-Team and many others. But he seems to pull it off nicely. I was ready to give up on this track mainly due to the beat but Banks and P make for a good team. Isn’t it cool to see beef ain’t cool anymore (50 Cent vs. D-Block back in 2005)? Plus I think Banks has one of the most ruthless lines in the songs “I run motherfuckers over like Brandy”. Harsh.

3. I’m A Gee
Featuring Rell; Produced by Supa Stylez
When you see this title you might think Styles is about to be on some ignorant shit but you’d be mistaken. Things are kept on the real without glorification of the lifestyle some HAVE to take on just to survive. The beat is super soulful (Pun intended) while the chorus is no different. The guitar in this track is on point. If there’s more beats like this one and less like the one before the outcome should be great.

4. Ryde On Da Regular
Produced by AraabMUZIK
And yes things keep on sailing smoothly. The beat is kept soulful along with haunting piano keys. Styles really needs to commended for his honesty while telling his hood tales. He tells it how it is in his own gritty way over weeping production without coming off as bragging about his sins and the ones of others. On top of that the mic gets torn apart in the process. Favourite track so far.

5. Keep The Faith
Featuring Aja; Produced by J. Music House
You probably wouldn’t be blamed if you confused this track with the last two, as it is too slow in tempo, has a stirring chorus and again having P confessing about past wrongs. I just can’t be mad at it though. Even though it’s all similar sounding songs with the subject matter being repeated it’s just so damn moving to worry about reoccurring themes because they’re just that good!

6. Children
Featuring Pharoahe Monch; Produced by Pete Rock
Now stepping away from the general talk about the hood life the focused topic is about….yes that’s right, the younger generation. Now I may be guilty of some of these complaints Styles has to say about “Generation Y”, so like me you should listen up.

Styles isn’t just going in on the kids though. He’s mainly speaking as a parent, getting at the folks who let the streets, TV, and computers raise their kids. Pete Rock provides a fantastic beat for P to spit on while Monch does his thing in the chorus. Could have used a Paroahe verse but then again the guest appearance list is already getting a little cluttered. 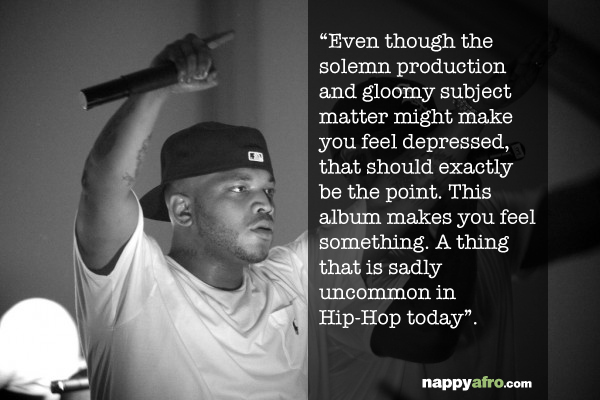 7. Street Shit
Featuring Sheek Louch; Produced by Black Saun
Styles and Sheek aim for a street anthem here. It’s clear that The Ghost is the more prominent MC out of the two, but that doesn’t mean Sheek Louch’s boasting isn’t interesting or hilarious. I mean he even confronts the criticism he got for that album cover. Things are kept grimy by P, which goes well with Louch’s playful confidence.

8. Feelings Gone
Produced by Statik Selektah
It would probably be excusable to confuse this beat with a Premo one but Statik does a great job with this one. There’s the scratched voice chorus, the smoothed out jazzy sample AND great lyrics by P.

Nice track by Statik and Styles.

9. Harsh
Featuring Rick Ross & Busta Rhymes; Produced by Phonix
Godfather references, bulletproof cars, dating actresses are all topics talked about on “Harsh”. S.P., Rozay, and Bussa Bus make for a great team behind this street record. This has been said a lot lately but Ricky Ross is really killing them these days. The keys on this beat do get pretty annoying but besides that makes for good listening.

10. It’s Ok
Featuring Jadakiss; Produced by Phonix
Kiss and Styles do their classic back and forth flow for the first single off the album. I’m really not feeling the beats by Phonix so far on this album. The lyrics are excellent of course but not as exciting as other collaborations these two have made. Check the video too. It’s shot outside of Style’s own juice shop.

11. Don’t Turn Away
Featuring Pharrell; Produced by Reefa
It’s good to finally hear some funk in the production, especially near the end of the album. We can go out not feeling too depressed from the previous tracks. Pharrell tells the chorus with his harmonizing as always. It’s funny, even though this beat is very different from the other ones we’ve heard on this album. Style doesn’t really have to switch up his flow too much to match the tone. He perks up a bit more here too with the subject matter. If this doesn’t at least have you nodding your head then I’m sorry to say but you don’t have a soul.

12. Uh Ohh
Featuring Sheek Louch; Produced by Ty Fyffe
We almost ended on happy note but of course P couldn’t leave us like that. Think of this is one last serve of griminess before the ending. I think this would have been great as a LOX track or a posse cut with other Ruff Ryder rappers. We’ve already had a Styles and Louch song, so we’ve pretty much already heard this song 5 tracks back.

Bottom Line:
At the end of this it’s clear that Master Of Ceremonies is essentially a street album with a revolutionary twist. Sure there are tracks like “Don’t Turn Away” to keep the album moving and there’s nothing wrong with that. The only bad thing I can say about this album is some of the beats. Most of them are stellar but some just get annoying to listen to which makes it hard to listen to the knowledge Style is dropping.

Even though the solemn production and gloomy subject matter might make you feel depressed (Think Mobb Deep’s The Infamous), that should exactly be the point. This album makes you feel something. A thing that is sadly uncommon in Hip-Hop today. So a standing ovation of Styles P for not giving us anything less then meaningful and heartfelt along with his grittiness mixed with morality.