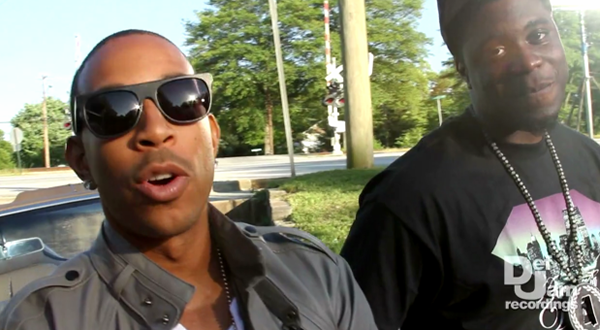 You know, when Big K.R.I.T.‘s Live From The Underground got pushed back I wasn’t happy about. But this is one of those times when a album push back was good thing because K.R.I.T has really stepped his hustle up. In the last month or so we’ve seen him work with artists like T.I., The Roots, & Phonte; he’s upping his musical profile right in front of us. I’ll admit that seeing him on “I’m On Fire” with Ludacris isn’t a surprise since they did the “Country Shit (Remix)”, but you get my point.

As for Ludacris? I don’t know. Everybody saw him in one of the BET Hip Hop Awards cypher this year and “I’m On Fire” is off Luda’s upcoming mixtape 1.21 Gigawatts, so I see that he’s coming back to music. But that time he took off to do acting and other stuff, which is understandable, may have hurt him. Although I do like this song, I just don’t get hype to hear a Ludacris track like I used to. Maybe I’ll change my tune when 1.21 Gigawatts drops on November 15th.

Sidenote: At first I thought Big K.R.I.T. produced this but Mike Will did the beat.