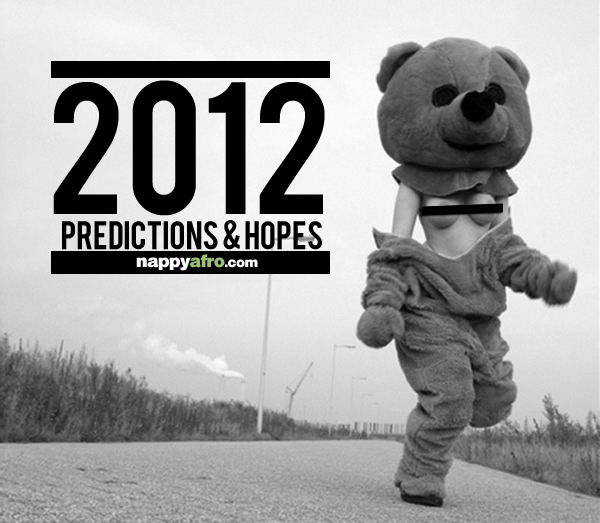 Happy new year everybody! I know we’ve been reflecting on the year that was 2011 but let’s take some time out to look ahead into 2012. Here’s my predictions and hopes for the next 12 months. Plus check out my previous list to see if any of my thoughts came true in ’11 (If you commented on my last list you can see if yours were correct too).

Again, feel free to add your own hopes and predictions.