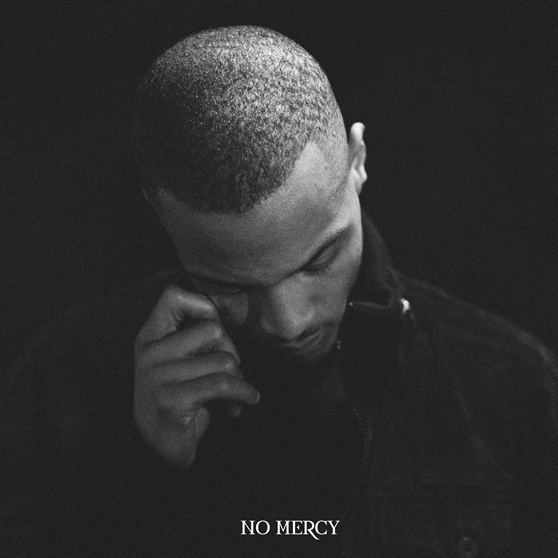 In the last couple of years no one has been through more controversial times than the now incarcerated T.I.P. From being caught with a barrage of military grade weaponry, which only got him 366 days in prison, to getting pulled over with syzzurp and pills, no one would argue that he hasn’t made his fair share of mistakes. Now with the new sentence T.I. is serving, another album is being released. Last time before going in to serve his time Tip released what many would call his best album of his career in Paper Trail. It is hard not to want to compare No Mercy to Paper Trail due to the facts of the similarities that are found in his situation then and now.

Now I must admit before getting into the tracks that I never really was a big Tip fan. It was not until Paper Trail that I gave him a real chance. Before ’08 I thought he was an overrated rapper with a kindergarten flow. All I ever heard was “It’s the King homie!” and catchy hooks. Well after listening to Paper Trail and I’m Serious I understand he really is a talented artist….. ok now that my confessional is over, let’s waste no more time, and get into it.

1. Welcome to the World
Featuring Kanye West & Kid Cudi; Produced by Kanye West, No I.D., & Jeff Bhasker
A nice song to start off the album. Kanye has the most memorable verse on here, but this song was obviously recorded after Tip knew he was going back in. Kanye says:

“They’d rather see a nigga locked up, why? for stupid shit/Look how they did my nigga Tip/Soon as Wayne get out, Tip go in/Wonder why the nigga wanna make the clip go in”.

2. How Life Changed
Featuring Mitchelle’l & Scarface; Produced by Lil’ C
This is a track that finds Tip and the legendary Scarface on a smooth mellow beat reflection on where they have come from. It is a nice track; it is my opinion that these type of songs play into T.I.’s strengths.

3. Get Back Up
Featuring Chris Brown; Produced by The Neptunes
Here is the track that was released the day after the news came of T.I. going back to jail. This is another apologetic song and it almost feels like it could be a leftover from Paper Trail. Unfortunately the quality of the song is wasted because it will catch the listeners feeling like he does this whenever he gets into trouble, and he does. Still a great song with a light beat and the perfect feature. Chris has been in a little trouble himself in the last couple of years.

Ay, what it is world
Yeah it’s me again, back before you, at your mercy,
On bended knees again, no running from the truth
As much as we pretend, that it aint what it is, than it hits CNN
Apologies to my fans and my closest friends, (I’m sorry)
For letting you down, I wont take you down this road again
Most of you now saying whatever, here we go again
Blogs, radio, and television all going in

4. I Can’t Help It
Featuring Rocko; Produced by 1500 or Nothin’ of Smash Factory
The beat is a little more hardcore than the first three songs on the album. This is the T.I. that reminds you of Trap Muzik or King. This is Tip exclaiming that he is the shit by design and even had he wanted to change it he can’t help it. Cocky T.I. always seems to make the hits doesn’t he?

5. All She Wrote
Featuring Eminem; Produced by Dr. Luke & Max Martin
Somebody called this a light version of “Renegade”. The only thing that is similar to me is the fact that once again Em kills another rapper on their own shit. Em spazzes with lines like, ” If you was bleach and I was hair I wouldn’t dye for ya”. T.I. doesn’t do bad but it doesn’t change the fact of what Shady did.

6. No Mercy
Featuring The-Dream; Produced by The-Dream & Christopher “Tricky” Stewart
The title track from the album surprised me a lot. I was expecting to hear a slow reminiscent track like “Dead And Gone” from Paper Trail. I was wrong. This is a heavy beat. The guitar strings really pull on your emotions and rather than talk about his problems the King seems to talk about society while mentioning his own situation in minor ways in the first verse. In the second he speaks on his image that society has created for him. So far the best track.

7. Big Picture
Produced by DJ Toomp
Dj Toomp and T.I. have a history of making high energy hits. Not this time though, no its more of T.I. expressing his views on everything around him. Ok song but not what I wanted.

8. Strip
Featuring Young Dro & Trey Songz; Produced by Lil’ C
Just take a guess at what the song is about looking at the title and the Trey Songz feature. That’ right; it is about sex. I am not much of a fan of sex raps, but the radio will love it.

9. Salute
Produced by Jake One & Boi-1da
Hard beat, with Tip explaining that he deserves the respect of the streets and the industry. He went in on this one.

10. Amazing
Featuring Pharrell; Produced by The Neptunes
Can’t say I like this at all. The hook destroyed the song before T.I. had a chance to do anything to it. SKIP!

11. Everything On Me
Produced by Danja
Another energetic track that could get a lot of radio play.

12. Poppin’ Bottles
Featuring Drake; Produced T-Minus & Boi-1da
In many people’s minds, this is the most anticipated track from the album. This isn’t what I expected. This is the record I thought would be for the ladies because of the Drizzy feature. Instead it is an energetic track, almost celebratory. DJ LP was right in his assessment of this track.

13. Lay Me Down
Featuring Rico Love; Produced by Jim Jonsin & Zukhan Bey
A frenetic track that Tip rides nicely. It’s about getting women again though; the subject matter on the album is not filled with much variety.

14. Castle Walls
Featuring Christina Aguilera; Produced by Alex Da Kid
Finally! This is what I wanted from the album. He finally talked about some real shit and not just getting ass.

Honestly to me, I think I’d lose every benefit of all that I’ve accomplished
If my kids is never with it, shit
Me knowing this, why should the verses I have laid
Be more important to me than the persons I have raised
I guess I’m saying that to say that opportunity
But they just don’t equate to all the time they take away
From the kids all the shit I did right is a mistake
If Deyjah end up a stripper and Major slinging yay
How could I ever consider myself a great
If Messiah ain’t paid and Nique Nique ain’t straight
Would your favourite song about the whips, money and shit
Be relevant if you found out, the money wasn’t real, nope
So me being the goat shouldn’t mean more to me
Than see it to a king though
From a bad ass kid to man with some dough
Otherwise I may well have stayed poor

Bottom Line:
The album is nowhere close to as good as Paper Trail and honestly, I found myself bored through parts of it. There is a nice chunk of the album that is talking about partying and sex only. Maybe it is because part of the album was recorded while he thought he would never go back to prison, but if that had been the case maybe I would have enjoyed it more. Unfortunately the case is he is back in prison and very little of the music feels to fit his current circumstances. He is a talented rapper but I expected way more.