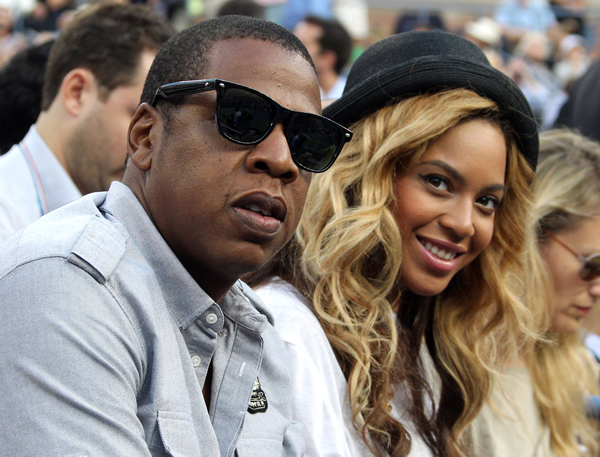 I won’t front, when I first heard “Glory”, the first thought that came to mind was, “Isn’t Jay-Z suppose to be somewhere changing diapers?”. But then again, he has made his newborn daughter, Blue Ivy Carter, a part of recording history. Then again what would you expect from a kid that has Hov & Beyonce as parents?

Blue Ivy Carter, who was brought into the world Saturday (Jan. 7), is now the youngest person ever credited with gracing a Billboard chart, as Jay-Z’s newly-recorded studio cut “Glory” – officially billed as “featuring B.I.C.,” an abbreviation of Blue Ivy Carter – begins on Hot R&B/Hip-Hop Songs at No. 74. (For historical purposes, this week’s Billboard charts are dated Jan. 21).

Blue Ivy Carter/B.I.C. also benefits from the era in which she born. Technology today allows an advantage in that Jay-Z was able to record and release “Glory” less than 48 after her birth. After almost 72 years of numbers, positions, peaks, lows, gains and debuts – the first national Billboard chart was published the week of July 27, 1940 – Blue Ivy has already broken a record.

“Glory” arrives as the week’s highest new entry on Hot R&B/Hip-Hop Songs with 1.7 million audience impressions on 54 radio stations, according to Nielsen BDS.